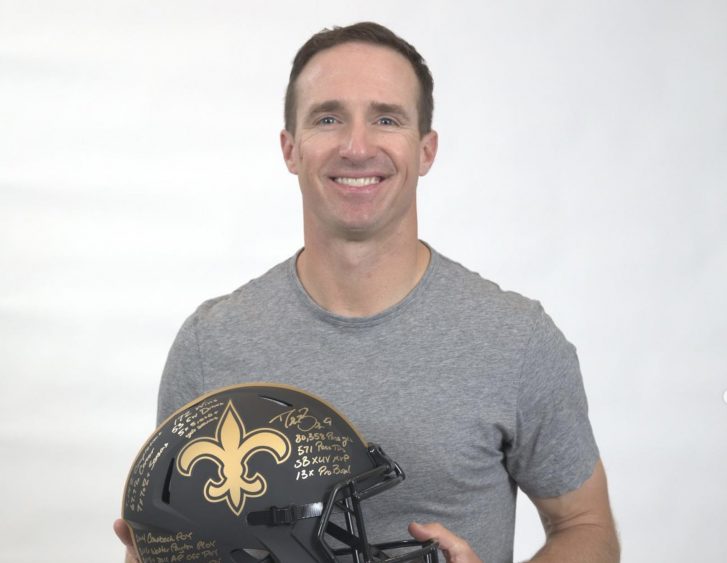 The Star Quarterback is a Multi-Unit, Multi-Brand Franchisee

Drew Brees, a star NFL quarterback for two decades and now a multi-unit, multi-brand franchisee, will participate in an informational session during the International Franchise Association Annual Convention. The event will be held Feb. 26-March 1 in Las Vegas. Often referred to as the Superbowl of Franchising, the IFA Annual Convention is the largest and most acclaimed of all franchise conferences and events.

What Brees Will Bring to IFA Convention

The IFA has high expectations for Brees’ participation in the moderated Q&A. “With his lifetime of perspective in the high-pressure world of professional sports, he will invigorate the franchising community, encouraging us to leave everything on the field in pursuit of success,” the franchise association said in announcing the star athlete’s appearance.

The IFA also noted that Brees is known for inspiring others with quotes such as: “A streak starts with one run, one game. Every season is full of defining moments. You never know when those defining moments will happen. So why not today?” He has many such quotes in his book, Coming Back Stronger: Unleashing the Hidden Power of Adversity, including: “When you wake up, think about winning the day. Don’t worry about a week or a month from now – just think about one day at a time,” advice that he now applies to business.

Brees is far from alone as a professional athlete who invests in franchises. Some other big names to have done so are famed star NFL quarterback Peyton Manning, professional golfer Phil Mickelson and National Basketball Association star Shaquille O’Neal.

Like Brees, O’Neal is a multi-unit and multi-brand franchise owner. He made a big splash when he spoke at last year’s IFA convention in San Diego. O’Neal has owned 150-plus Five Guys quick-service burger restaurants, several 24-Hour Fitness locations, 17 Auntie Anne’s, a Krispy Kreme franchise… and more. He founded the Big Chicken restaurant franchise in 2018 and is its largest shareholder.

At the 2022 IFA convention, O’Neal pronounced the franchise business model to be a formula for business success. “As a simple model, if it works and you follow the rules, they will continue to work.”

About the IFA Convention

The IFA, with headquarters in Washington, D.C., is the largest membership organization for franchisors, franchisees and franchise suppliers. It works to advocate and educate on behalf of the franchise industry and frequently hosts events such as meetings with Capitol Hill lawmakers and its annual convention.

Virtually every industry is represented at the convention, allowing attendees to network with franchisors, franchisees, suppliers/vendors and more. Click here to register and learn more about the IFA’s upcoming annual convention https://www.franchise.org/convention

Previous ArticleWhat is Visual Marketing?Next ArticleClean Juice was the Perfect Next Step for this Stay-at-Home Mom