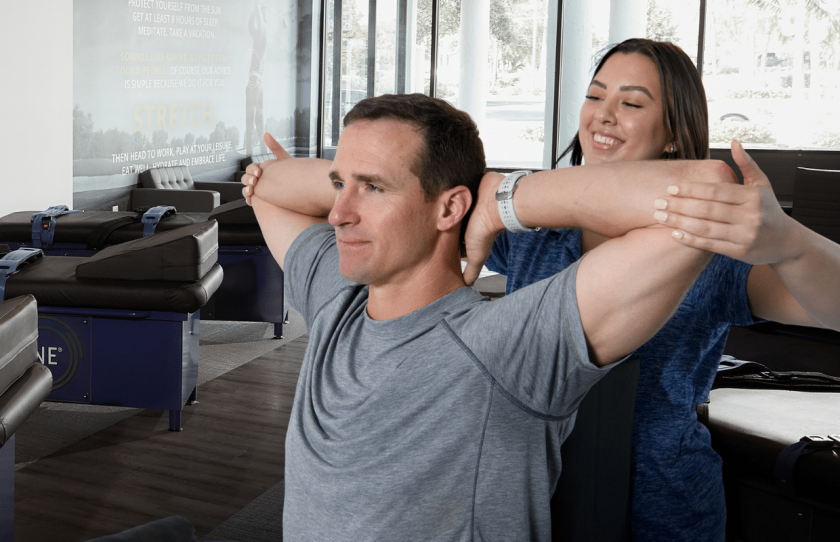 Former NFL star Drew Brees and the Stretch Zone franchise are expanding their Louisiana footprint. Brees has announced plans for a location in Baton Rouge, La., which will add to his Stretch Zone empire that’s already up and running in New Orleans, San Diego and the Midwest. Stretch Zone offers practitioner-assisted stretching that widens clients’ range of motion and also eases stiffness and soreness. Founded in 2004, Stretch Zone has 156 locations in 29 states.

Brees, who retired as the New Orleans Saints quarterback in 2021 and worked in NBC’s broadcast booth during the 2021-2022 season, has partnered with his former Purdue football teammate Jason Loerzel in his Stretch Zone investing. Brees, who also sits on the Stretch Zone board of directors and is a passionate brand ambassador, praises the company for its “strong business model and proprietary approach to fitness.”

Like many other retired pro athletes, Brees is fattening his net worth with franchise investments. Brees’ net worth is estimated at $120 million. According to online reports, he is an owner or equity partner in other franchises, including restaurants — Dunkin’, Jimmy John’s, Happy’s Irish Pub and Walk Ons Bistreaux & Bar.

In opening his New Orleans Stretch Zone last August, Brees released a statement saying, “I know the impact and benefits stretching has on my athletic potential and quality of life, and it is time for everyone to try out this patented system that supports overall health and wellness.”

Tony Zaccario, president and CEO of Stretch Zone, has complimented Brees on his enthusiastic support of the growing franchise, stating, “Drew’s sincere passion for health and wellness is a driving force in our expansion efforts and allows us to provide our dedicated guests wider access to practitioner-assisted stretching and all of its benefits.”

The franchise is known for its proprietary strapping system that expertly positions, stabilizes and isolates muscles for effective stretching in a studio setting. The stretches are tailored to suit the needs and preferences of each client. The practitioner who assists the individual with stretching is able to control the intensity and timing of the stretch-reflex to improve flexibility and not cause pain in the process. Stretch Zone customers have diverse ages and athletic abilities.