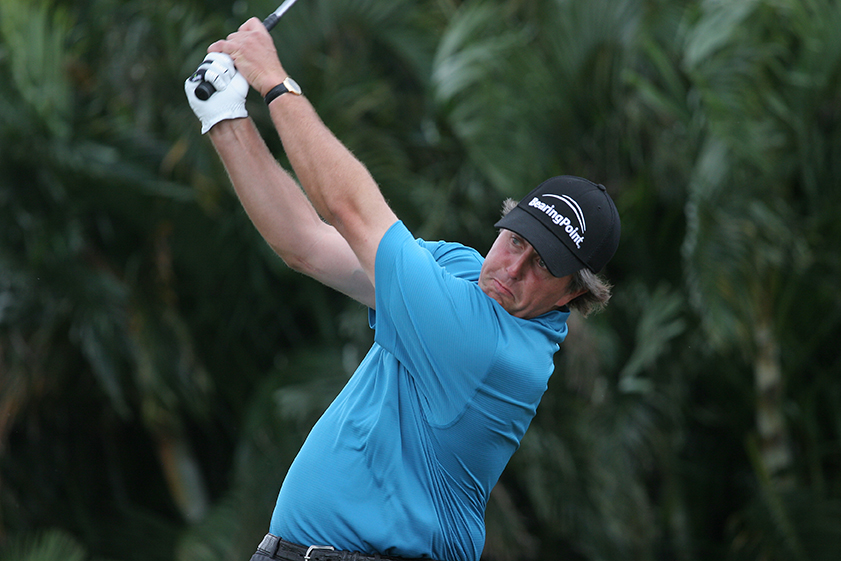 Yes, PGA pro Phil Mickelson owns several Five Guys franchises in Orange, County California. And he’s not the only celebrity athlete to invest in franchises. Some of the top names in sports are also franchisees. So what is it about franchising that’s so attractive to pro athletes? The answer is quite simple. Franchising fast tracks investors into business ownership; no experience necessary.

According to a study by the RBC Sports Professionals group, the average age of retirement for a professional athlete is 30. That leaves many years to do something else. While some retired athletes go into broadcasting or coaching, others simply fade from the limelight. For others, franchising is the logical next step. A franchise investment is an attractive option since it comes with a proven system, training and can be easily scaled.

Most professional athletes do not have business backgrounds — they typically go straight from school to the field or court. But they do know how to lead teams and run big operations. When you think about it, a high-profile athlete’s career is a business. They hire people to handle their finances, endorsements, contract negotiations, public appearances, and so on. They lead teams of accountants, advisors, and marketing folks. These leadership skills translate well into multi-unit franchise ownership.

Typically, a deal between a professional athlete and a franchisor is a win-win for all. The franchisor benefits from the exposure of a celebrity athlete’s fame. Athletes can acquire large, exclusive territories, and because of their name recognition, negotiations tend to be made in their favor. The athlete also benefits from a diversified portfolio with something that requires little or no work. While many athletes are drawn to well-known fast-food brands, you won’t find them flipping burgers. With franchising’s passive and semi-absentee business models, retired athletes can find many opportunities where they can be hands-off. They typically hire managers to run the day-to-day operations. The business concept is already in place and simply needs investment and strong staff to make it a go.

Professional athletes who own franchises

In addition to being one of the NBA’s best centers of all time, Shaquille O’Neil is also a standout among athletes who own franchises. At one point, he owned 155 Five Guys franchises as well as numerous Papa John’s franchises and multiple Auntie Annie’s soft pretzel franchises. It is estimated that Shaquille O’Neal’s net worth is roughly $400 million, making him one of the richest athletes in the world. According to celebritynetworth.com, Shaq earns around $60 million per year from endorsements and his various business endeavors.

Shaq isn’t the only big-name athlete who turned to franchising. After retirement, NBA superstar Magic Johnson formed Magic Johnson Enterprises and invested in 30 Burger King restaurants, multiple Starbucks locations, plus several other big brands. Pro golfer Phil Mickelson turned heads in May 2010 when he announced that Five Guys Burger and Fries had a better burger than In-N-Out Burger. It was then revealed that he owned the rights for several Five Guys in Orange County, CA. Until 2018, Peyton Manning owned more than 30 Papa John locations in Colorado.

Burger and pizza franchises are not the only choices for athletes. Former New York Giants wide receiver, David Tyree invested in Clean Juice, a juice bar that serves certified organic juices, smoothies, and other healthy foods. And tennis legend Venus Williams is also fond of healthier options. After being diagnosed with an auto-immune disease, she switched to a vegan diet and invested in Jamba Juice, purchasing several locations in Washington D.C.

For the most part, you won’t be able to shake hands or grab a selfie with celebrity athletes at their franchise businesses. Most opt for a passive ownership business model or are considered silent investors. Celebrity athletes typically have the finances available to purchase numerous units. The franchisor will then assist with hiring the operational staff needed to get the location’s doors open.

Today, several franchise systems have management programs in place that allow for seamless passive ownership. They take it a step further and run the franchise for you. Teriyaki Madness, for example, instituted the Restaurant Sherpas program, which enables the franchisee to be completely hands-off. Franchisees pay a flat monthly fee, and the Teriyaki Madness Restaurant Sherpas’ staff gets the restaurant(s) up and running. Additionally, Sherpas offer financial incentives to ramp up the business sales quickly. There is no contract, and the management group can be fired at any time. Management groups handle all operational and logistical issues, from hiring to ordering all of the supplies to managing the financials.

You don’t have to be a celebrity athlete to be a multi-unit or passive franchise investor. There are many franchise opportunities to choose from with varying investment levels. Whether you’re a retired accountant or someone in search of financial independence, you can create your own franchise empire just like the pros.

Previous ArticleWhat to Know When Starting a Transportation BusinessNext ArticleWith the average lifespan of a car on the rise, tire franchises have become big business

What Food Franchises Does Shaquille O’Neal Own? 34867