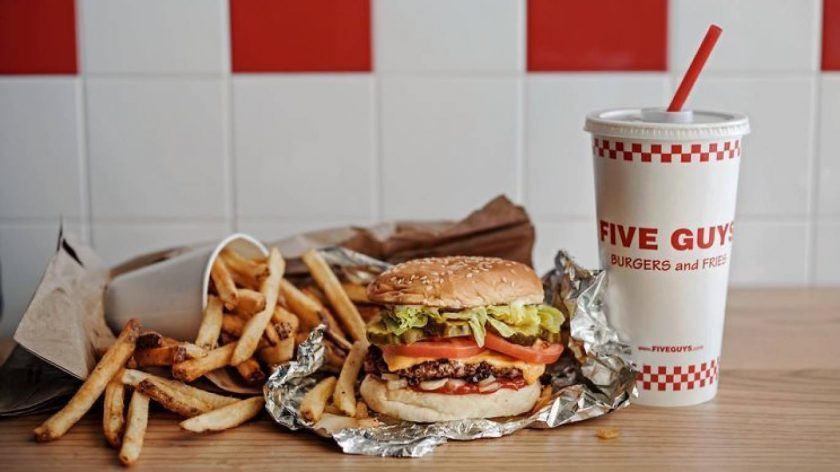 Five Guys is getting on board the ghost kitchen bandwagon. The burger restaurant franchisor has opened its first U.S. ghost kitchen in Garland, Texas. Five Guys customers in the Dallas suburb can arrange meals for delivery through a service such as Uber Eats, Grubhub, or DoorDash, or they can order their food through the Five Guys website and pick it up at the ghost kitchen.

The new Five Guys location – which has no dining room and is designed for preparing food solely for takeout – opened May 1. Encore Restaurants LLC, which is the nation’s biggest Five Guys franchisee, operates the ghost kitchen inside a Revolving Kitchen facility, according to a report on Restaurantdive.com that cited a Five Guys news release.

Encore Restaurants has launched 28 restaurants during the Covid-19 pandemic, and in the release, Matt Reid, divisional vice president of operations for Encore, attributed that growth to Five Guys locations pivoting to delivery-only operations.

Ghost kitchens were gaining popularity even before the pandemic, but its disruption of the restaurant industry – with consumers’ demanding takeout and delivery food as opposed to dining indoors – has given the model a tremendous amount of momentum. FranchiseDirect.com says digital food orders and food delivery have increased 300% over the past few years; many industry sources indicate that around 70% of meals will be ordered online this year. Euromonitor, which researches consumer products, commercial industries, demographic trends, and consumer lifestyles in the United States, has predicted that ghost kitchens could exceed $1 trillion in revenue by 2030.