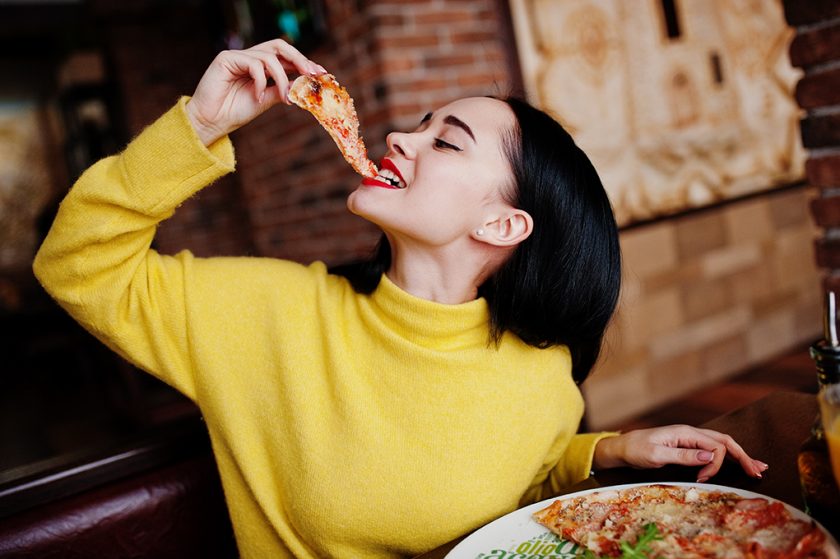 We All Love Pizza, But Does It Make a Good Business? Here’s a Look at the Top Pizza Franchises Along with the Pros and Cons of Ownership.

If there’s anything that most people can agree on it’s their love of pizza. Pizza is the world’s most popular fast food. In one form or the other, we have been eating pizza for centuries. In the U.S. alone, billions of pizzas are sold every year.

As far back as antiquity, pieces of flatbread with toppings have been a favorite meal for those on the go or those who simply couldn’t afford plates. This early form of pizza is referenced in Virgil’s epic poem “Aeneid.” It wasn’t until the 18th century in Naples that we got the modern form of pizza we know and love today. As more and more people moved to Naples and made it one of the largest cities in Europe, pizza was a cheap and easy food to give to the many workers in the city.

At one time, pizza was actually associated with poverty, but that didn’t stop its unbelievable popularity. Its low price and its fun and delicious appeal created a huge following.

Is a Pizza Franchise a Good Investment?

The Pros of Owning a Pizza Franchise

The Cons of Owning a Pizza Franchise

Pizza franchises run the gamut. There’s something for every taste and investment level. Here is a look at some of the the top pizza franchises and what sets them apart.

Mod Pizza is known for its Asian-style personal pizzas and salads, which are made on-demand, individually sized, and in minutes. Founded in 2008 by husband and wife, Scott and Ally Svenson, in Seattle, the couple wanted to put a twist on typical pizza places. The company donates a portion of its proceeds to Feeding America.

Pizza Hut is one of the most popular pizza franchises in the world. Founded in 1958, the iconic brand is known for its Italian-American-style pizza and cuisine. On top of offering gluten-free options, Pizza Hut was the first national pizza brand to bring a plant-based meat pizza to market.

Dominos is the second-largest pizza franchise in the U.S. and has shops in all 50 states. Domino’s operates 18,300 stores in more than 90 countries around the world. Domino’s estimates that it has more than 350,000 franchised and corporate team members worldwide and sells an average of 3 million pizzas a day. All pizzas are “insured” so if there is anything that happens to a customer’s pizza during the delivery process, they get another one free of charge. The company also had a famous campaign to fill in potholes around the country to ensure that nothing happens to the pizzas.

Marco’s Pizza is known for its Italian-American cuisine. The number of Marco’s Pizza franchises has more than quadrupled in the past ten years. There were 217 locations in 2010. The company’s 1,000th store was opened in 2020. On its website, they provide prospective franchisees with an Ebook version of their business model, as well as details of the training and support that is provided to the franchisee.

Papa Johns is one of the biggest and most popular pizza franchises in America. It’s known for its advertising campaigns with the NFL and its focus on take-out and delivery. It is a simpler and often times more profitable franchise in comparison to other pizza franchises. If you have a tighter budget, it is also one of the cheapest pizza franchises out there, with initial investments ranging between $130,120 – $844,420.

Little Caesar’s history dates back to 1959 when founders Mike and Marian Ilitch invested their life savings into their first pizza store in Garden City, Michigan. It’s now the third-largest pizza chain in the world and continues to expand. The pizza franchise is well known for its advertising catchphrase, Pizza! Pizza! that was created when it launched its “two pizzas for the price of one” campaign back in 1979. The brand’s whimsical mascot is a caricature of the late Roman emperor Julius Caesar and has created a strong brand identity which is a major plus for investors.

The second-largest pizza chain in Chicago, Rosati’s is known for its Chicago-style pizza and made-from-fresh ingredients that are never processed or canned. The company strives every day to live by the words of its founder, Sam Rosati, “Give the people what they want.” With 175 locations throughout the country, Rosati’s success is based on the Rosati family foundation of serving delicious Italian food.

Cicis is known for its unlimited pizza and salad buffet, where customers can eat pizza, pasta, salad and desserts for one low price. Founded in 1985 by Joe Croce and Mike Cole in Plano, Texas, and based in Irving, Texas, Cicis has a family-friendly atmosphere with a value-based appeal. In recent years, the company’s brand recognition has increased due to a new restaurant remodel and robust digital marketing strategy program.

Jet’s pizza is known for its Detroit-style pizza but also offers New-York style pizza. The Jetzee sandwich, which is similar to a panini but made with a deep-dish dough as the bread, is also an attraction. They also offer the Boat, which is made from pizza dough like a calzone but is open on one side. The company says its strategy has been to aim for franchisee success rather than a large volume of stores.

Blaze Pizza has in-house nutritionists behind its creative collections of fast-fire’d® pizza offerings. It is known for its made-from-scratch dough, fresh ingredients, and eco-friendly packaging. The artisanal pizza chain attracts big investors, including LA Lakers star LeBron James who invested in two locations in 2012.

Is a Pizza Franchise for You?

Previous ArticleManaging fear when buying a franchiseNext ArticleConfessions of a franchise consultant: Why I am addicted to franchising

What Food Franchises Does Shaquille O’Neal Own? 40031

Why is Chick-fil-A Better Than McDonald’s? 6461