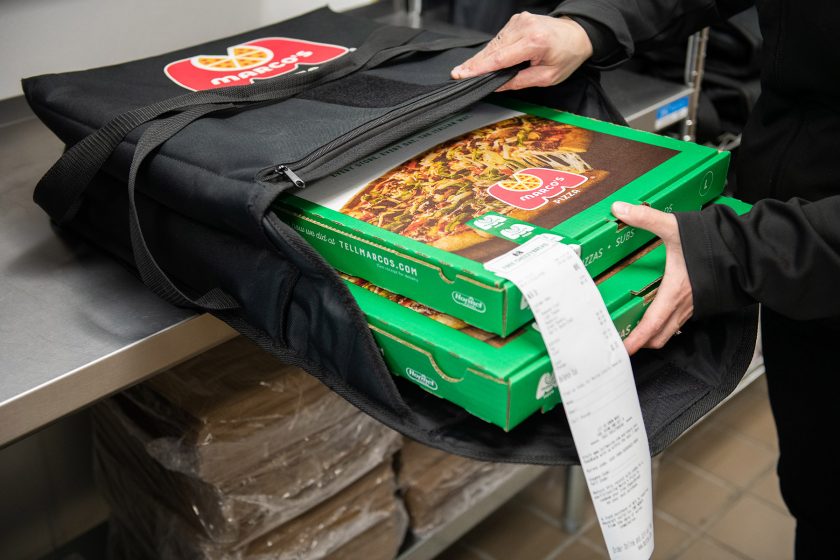 Fast-growing Marco’s Pizza franchise predicts $1 billion in annual system-wide sales this year after closing out a record-breaking sales year in 2021, when it reported double-digit same-store sales as compared to 2020. The restaurant franchise, which currently has more than 1,000 units, is developing an additional 200 stores right now. It plans to expand to 1,500 units by 2023, and now offers a multi-unit franchise opportunity to investors. Marco’s Pizza franchise has stores in 34 states along with locations in Puerto Rico and the Bahamas.

Tony Libardi, co-CEO and president of Marco’s Pizza, sees a bright future for the Toledo, Ohio-based restaurant franchise: “There’s never been a more opportune time for both existing and prospective franchisees to grow with Marco’s. With plenty of territories available for growth, our development and performance strategy remain centered on finding multi-unit franchisees who align with our business strategy and culture while continuing to prioritize innovation and maximize unit-level profitability.”

Marco’s Pizza franchise has publicized its investment of millions of dollars in technology innovations over the next few years as it aspires to become the fourth-largest pizza restaurant brand in the United States. At its 2021 Franchise Convention, Chief Experience Officer Steve Seyferth and Chief Information Officer Rick Stanbridge discussed how Marco’s is leveraging innovative technology to enhance experiences for both customers and employees while also improving each individual restaurant franchise’s profitability. For instance, the food franchise has embraced third-party delivery services and the use of artificial intelligence for voice-to-text ordering and automatic generation of times that food orders will be ready. Marco’s Pizza franchise also has plans to test robotic kitchen innovations, ghost kitchens (sites without dining), new operational equipment and drone delivery.

Marco’s Pizza franchise also continues to build its brand through multichannel national advertising that emphasizes product quality and value. To kick off the New Year, the restaurant brand’s marketing push has celebrated its fan-favorite Pepperoni Magnifico pizza, which is topped with about 75 slices of crispy Old World Pepperoni® and classic pepperoni along with its signature fresh, three-cheese blend plus sauce on a made-from-scratch dough.

The restaurant franchise has collected many recent accolades. It nailed down the No. 2 spot in the pizza category on Entrepreneur’s 2022 Franchise 500® ranking. Newsweek’s 2022 rankings placed it among America’s Favorite Restaurant Chains and Best Customer Service in the pizza chains category. It also won the No. 4 spot on Restaurant Business’ 2021 Top 10 Fastest Growing Chains and made QSR’s Top 50 list, holding down the 42ndslot. The food franchise finished 99th among the 2021 Franchise Times Top 400, leading the off-premise pizza category in same-store sales increases. Marco’s Pizza franchise also has earned prestige by making Nation’s Restaurant News’ Top 500 for five years in a row, by being named a Top Global Franchise by Entrepreneur magazine, and by earning the title America’s Most Loved and Most Trusted Pizza Brand in the 2019 Harris Poll EquiTrend® Study.

With all of these accomplishments, industry leaders see Marco’s as an enticing multi-unit franchise opportunity. Per FRANdata, a research and advisory firm that analyzes the franchise market, the pizza restaurant franchise’s 2021 FUND Score is in the top 1% of all evaluated franchise systems and is among the top three scores for all QSR brands. The Top 50% of Marco’s franchise stores generated $1,059,574 average unit volume (AUV) for 2020, based on the top 50% of Marco’s Pizza franchised stores for fiscal year 2020.

Previous ArticleLIT Method Offers New Franchise OpportunityNext ArticleInvesting in a Franchise: What You Need to Know