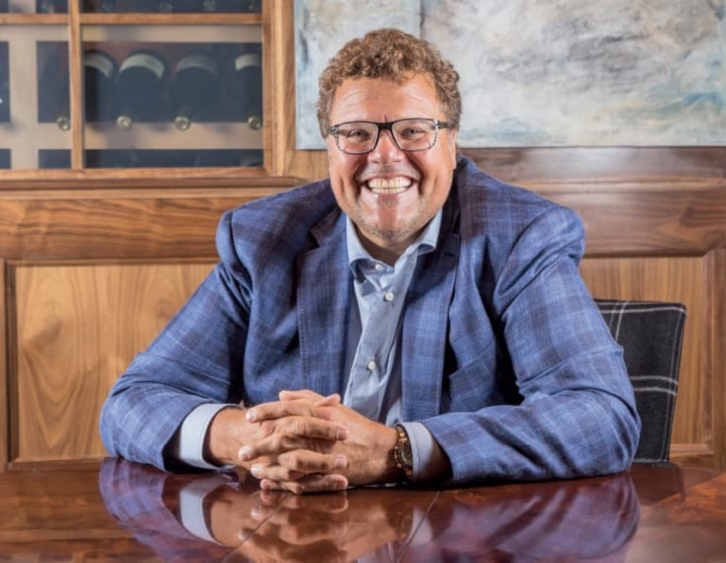 When you think of successful franchisors, legends like Ray Kroc and Colonel Harland Sanders may come to mind. These entrepreneurs have incredible stories that franchise owners of all backgrounds can relate to and learn from. In addition to being great business owners, they are philanthropists and community leaders.

But there is a whole new generation of franchisors who have made a name for themselves, and Jimmy John Liautaud is one of them. Liautaud is the founder of the Jimmy John’s sandwich franchise and epitomizes the American Dream. But his journey to becoming a billionaire franchisor wasn’t always a smooth one.

According to Liautaud’s website, he was born in Arlington Heights, Ill., on Jan. 12, 1964. He is the second of four children of Gina, a Lithuanian immigrant, and Big Jim Liautaud, an inventor, entrepreneur, and educator. Liautaud’s home life was tumultuous due to his family’s financial problems: Big Jim filed for bankruptcy multiple times. And when Liautaud wasn’t at home, it was worse at school because he was bullied for being overweight and struggled in class due to undiagnosed dyslexia.

When high school graduation came around, Liautaud graduated at the bottom of the class and didn’t see college as an option. Instead of going to college or joining the military as his retired veteran father wanted, Liautaud had dreams of starting his own business.

Jimmy John’s history goes back to 1983 when all Liautaud had was a dream of business ownership and a $25,000 loan from his father that came with an ultimatum: If the business wasn’t successful after a year, he had to join the military. However, if the business did succeed, Liautaud’s father would own 48%. Surprisingly, sandwiches weren’t originally part of Liautaud’s dream; according to his website, Liautuad wanted to open a hot dog stand and traveled to Chicago to get a better sense of the business.

The equipment alone for a hot dog business cost more than the loan that his father gave him. But he didn’t give up. He found his inspiration for Jimmy John’s at a sandwich shop. After discovering the lower costs of owning one, Liautaud developed his own menu and saw his future in the sandwich business.

The first Jimmy John’s Gourmet Sandwiches location opened in Charleston, Ill., in January 1983. The original menu consisted of four sandwiches, – The Pepe, Totally Tuna, Turkey Tom, and Vito – which are still made the same way today. No customers came in on the first day the shop was opened, so Liautaud turned to guerilla marketing tactics. He went to surrounding businesses and gave out samples of his sandwiches. Word spread, and the business became a success.

Over the next four decades, the sub franchise expanded to 2,800 stores in 43 states, according to its website. The key to Liautaud’s success is no secret: hard work and determination.

With an estimated net worth of $1.7 billion, Liautaud proves that nobody becomes a billionaire without working hard. To make Jimmy John’s a success, he worked 18 hours a day and rarely, if ever, took off. In a Franchise Times interview, Liautaud said, “I couldn’t believe that people didn’t want to get up at 5 in the morning and bake bread and make sandwiches all day and into the night. I was shocked. I didn’t know that I was the weirdo.” With hard work, strong franchise partnerships, and a quality product, Liautaud grew Jimmy John’s into something that he couldn’t imagine.

After decades of success, Liautaud sold the balance of his stake in Jimmy John’s to Inspire Brands in 2019. But he is still passionate about helping young entrepreneurs, especially those looking to open restaurants. Liautaud isn’t just a great businessman who went from fat kid to billionaire; he is also a philanthropist.

Liautaud, along with his wife, Leslie, and their three children, Spencer, Lucy, and Fred, set up the Liautaud Family Foundation in 2017 to give to charities that support the U.S. military, education, wellness, and more. Liautaud has worked to make more than just a profit with his business by donating to charitable organizations such as the Mayo Clinic, Lurie Children’s Hospital of Chicago, the American Heart Association, and Crisis Nursery.

There are many lessons that can be taken from Liautaud’s story. He grew up in a tough family situation but never let that stop him from achieving his dreams. Liautaud also understands the importance of mentorship and finding inspiration from those who have been successful.

According to Liautaud’s website, Jim Lyons, a dean of discipline at his high school, stood up for Liautaud when his rebellious actions (smoking, drinking, skipping class) led to calls for his expulsion. Lyons also told him that he could do whatever he wanted with hard work, which stayed with Liautaud throughout his life.

There is great power when somebody believes in you and inspires you to work tirelessly to make your dreams come true. Liautaud is the embodiment of that.

Previous ArticleResilience: The Most Important Soft Skill for Sustained Franchise PerformanceNext ArticleHow Many PuroClean Locations are There?