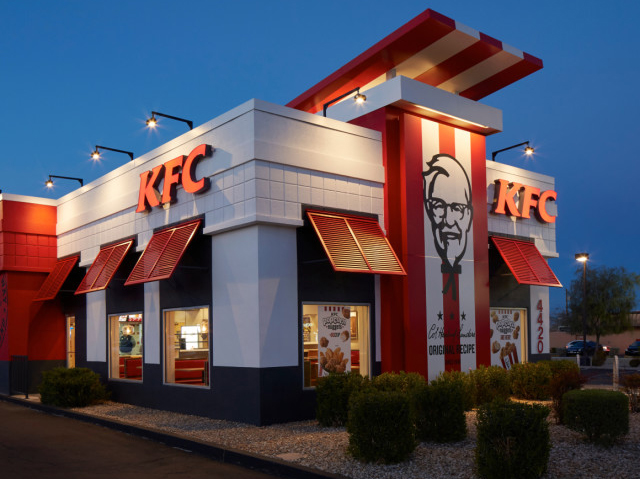 A Look at the Man Behind the KFC Franchise

One of the most popular and beloved fast-food brands is Kentucky Fried Chicken (KFC). The fast-food franchise has more than 24,000 locations in over 145 countries. This iconic brand is the brainchild of Colonel Harland David Sanders, who came up with the world-famous chicken recipe of 11 herbs and spices after nearly a decade of perfecting it.

With the ubiquity of KFC franchise marketing — about 185 million people see a KFC commercial every week! — you have undoubtedly seen Sanders’ friendly smile and are aware of his world-famous chicken. But did you ever wonder about how it all started? What is the Colonel Sanders story and is Colonel Sanders even a real colonel?

Is Colonel Sanders a Real Colonel?

The Colonel Sanders story started in 1890 when Harland David Sanders was born in Henryville, Ind. When Sanders was only six, his father passed away and he was left to cook for his siblings while their mother was away at work. This caused him to grow up quickly and become a tough person, and he dropped out of school in the seventh grade to become a farmhand.

When he was 16, Sanders faked his age to join the U.S. Army. After serving in Cuba for a few months, he was honorably discharged. Kentucky Governor Ruby Laffoon issued a ceremonial decree that commissioned Sanders an honorary Colonel. Sanders embraced the title by growing facial hair and wearing a nice suit.

After the honorable discharge, Sanders tried many things. He was a laborer at a railway but was fired after getting into a fight with a coworker. He later sold life insurance before being terminated for insubordination. But, as you can tell, giving up is not part of the Colonel Sanders story. According to online sources, he also founded a ferry boat company. After trying to cash in on the boating business to create a lamp manufacturing company, he found out that another company made a better version of his lamp. It wasn’t until he was in his ’40s that he started in the restaurant industry.

The Start of the KFC Franchise

The start of the KFC franchise can be traced back to Sanders feeding travelers at a service station in Corbin, Ky., in 1930. After the success of his country ham and steak dinners, he opened Sanders Café and began to serve chicken fried in an iron skillet. This eventually led to the KFC we know today.

In 1952, the first KFC franchise was awarded to Pete Harman in Salt Lake City, Utah. Interestingly, Sanders’ recipe was rejected 1,009 times before anyone accepted it. This never stopped him from believing in his product and his dream.

The Colonel Sells the Business

By 1964, KFC had 600 franchise locations and eventually, Sanders sold the company. Even after selling the business, Sanders remained its spokesperson and has been one of the most recognizable faces in the fast-food industry. Sanders died from pneumonia in 1980. Now Kentucky Fried Chicken is part of Yum! Brands, a leading franchise umbrella company that has made headlines for its innovative franchise education programs.

Lessons From the Colonel Sanders Story

The Colonel Sanders story is full of lessons that all of us can relate to and take with us. Sanders failed so many times in different fields but never gave up. His fried chicken recipe was rejected over 1,000 times, but he always believed in his product and dream! We can all relate to that when we feel like nothing is going our way.

When you feel down about not being successful right away, never give up. Kentucky Fried Chicken wasn’t successful until Sanders was in his ’60s. It is never too late to achieve your dreams and become who you want to be. Anyone can find inspiration from the Colonel Sanders story.

What Food Franchises Does Shaquille O’Neal Own? 34808

Why is Chick-fil-A Better Than McDonald’s? 5675