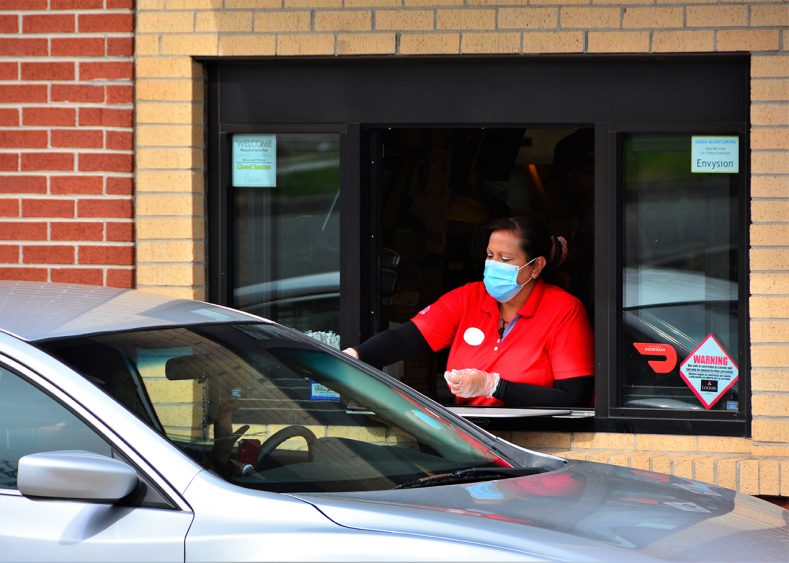 Roughly a year ago, the quit rate for food-service and accommodations workers hit an all-time high mark: 5.6%, which was twice the rate of employee exits from other types of jobs. The numbers have somewhat improved, but restaurants – many of them fast-food franchises – still struggle to hire and keep employees. And a recent Mercer survey of 2,000 hourly workers revealed that 37% were “seriously considering” quitting, according to a BusinessInsider.com report. So a quick turnaround is unlikely. Fast-food franchise owners have to do much more for employees these days than simply pay minimum wage.

Restaurant employees have left their jobs for many reasons, from daycare challenges to fear of catching Covid-19, and restaurant owners have come up with just as many ways for wooing workers and retaining them. From offering signing bonuses to adding flexibility, restaurant owners are rethinking their recruitment and retention strategies. Here’s a look at how employers have combined deeper pockets and creativity to manage the worker shortage.

It’s not always about the money… but sometimes it is, starting with finding candidates to interview. The Washington Post quoted Jean Chick, restaurant and food service leader for consulting firm Deloitte, as saying many quick-service chains are offering $50 to interview. Applebee’s has ponied up free appetizers for those who interview.

Other common incentives are signing bonuses (Papa John’s and P.F. Chang’s) and referral bonuses (Chipotle has offered $200 for referrals for crew members and $750 for apprentices or general managers; Papa John’s has dangled the carrot of $50 for every worker at corporate-owned sites who recruits a new worker). Papa John’s awards up to $400 in appreciation bonuses. Since 2019, Chipotle – following a path blazed by Starbucks – has offered debt-free college degrees to workers, BusinessInsider.com reported.

Taco John’s franchisee Tamra Kennedy said she recruits teenagers because their energy has led to a positive culture and longer tenure among the 100-plus employees at her seven Minnesota locations, according to Franchise500.com, an online publication of Entrepreneur magazine. Kennedy doesn’t have any gimmicks, she said, but just adjusted things she already did, such as extending her generous employee discount on Mondays to families and friends plus offering performance-based raises twice a year.

The need for flexibility has been a driving force behind the Great Resignation, but it’s not just office workers and corporate employees who want it all. A flexible schedule has become increasingly important for fast-food workers, too. California-based Kolache Factory franchisee Kathy Skaff said flexibility is her most important tactic. “Sometimes it’s not about the money,” Skaff told Franchise500. “I think for these hourly workers, that flexibility is underrated.” She has one location and 16 employees; she schedules as much as possible to accommodate employee needs, such as someone wanting to work from 3 a.m. to 7 a.m. so they can be home to care for children during the day and have supper as a family. Happier employees are the result, Skaff said, and she has a waitlist for people who want to work in her restaurant.

Kolache Factory Chief Operating Officer Dawn Nielsen, who oversees 27 company-owned locations, applauds Skaff’s flexible scheduling but can’t apply the method with her larger-scale responsibilities. Nielsen did raise starting pay to $12 per hour and added signing bonuses. She also launched a program that gives bonuses for good grades earned by employees who’ve been with the company 90 days or more, according to Franchise500.

Sandy Cheek has worked as a server and trainer for Crabby Bill’s in Pinellas County, Fla., for some three decades. She’s been recruited by other restaurateurs, but she’s not leaving Crabby Bill’s, which increased her pay and began offering life and health insurance, Cheek told The Washington Post. Little things have counted for a lot, too, she said, like when the boss hired an ice cream truck to treat the staff. “Perks like that make us feel like they appreciate us, that they are giving back to us,” she said. Her free salted caramel swirl bolstered her belief that the owners value their employees. “I’m going to keep going,” Cheek said.

Lisa Dribben, who owns six McDonald’s restaurants in the Dallas suburbs, presented jackets and other McDonald’s-branded apparel, plus bonuses, to employees as holiday gifts, The Washington Post reported. Dribben also has given her workers $20 each week to spend on food they could take home to their families during the pandemic. She does reviews with raises twice a year. And when Dribben employees have come down with Covid-19, she sees that a bag of groceries is delivered to their homes.

Some Chick-fil-A operators pay $19 an hour, and corporate McDonald’s has jumped on the pay-raise bandwagon. The burger giant upped hourly wages to more than $13 in company-owned restaurants, with some restaurants getting to an average of $15 an hour this year, and all will hit that mark by 2024.

Those aren’t franchise-owned sites, but McDonald’s franchisees are entering the fray with lures of higher hourly wages, paid time off and tuition payments, CNBC reported. McDonald’s will kick in millions to subsidize the franchisee enticements, which include a pilot program of emergency child care.

Unlike McDonald’s, franchisee Luis San Miguel told Franchise500 that he couldn’t stay open if he paid $15 an hour to employees at his 60 Auntie Anne’s, Carvel and Cinnabon stores in the eastern U.S. He pays his lowest-wage workers just $1 to $1.50 above minimum wage, but they can earn more via referral bonuses. In addition, San Miguel rewards long-term employees with larger retention bonuses, and pays smaller bonuses for employees who step up to cover extra shifts.

Jason Day, a Penn Station East Coast Subs franchisee, also is encouraging employees to work more hours, he told Franchise500. He began his campaign to keep and recruit employees by giving everyone an hourly raise of about $2, which translates to $11 an hour for his lowest-paid workers. Then, after scrutinizing the overall pay structure, Day said his biggest change was to further hike the pay for line crew workers who put in more than 25 hours a week and for managers logging more than 30 hours a week. That puts crew wages at $15 an hour.

“We saw a big morale boost,” Day told Franchise500. “People who have been with us for a while, I mean, they cried.” Restructuring wages also led to a surprising and happy side benefit: It beefed up his hiring pool so that after just a month, he could slash his Indeed.com want ads by 65%.

Craig Dunaway, president of Penn Station — which has 313 stores in 15 states, with only one site that’s company-owned — praised Day’s initiative in the Franchise500 article. Dunaway says each franchisee should do what’s best for their businesses, but added that “the days of $9 and $10 wages are long gone. We’ll never go back to that.”

What Food Franchises Does Shaquille O’Neal Own? 33871