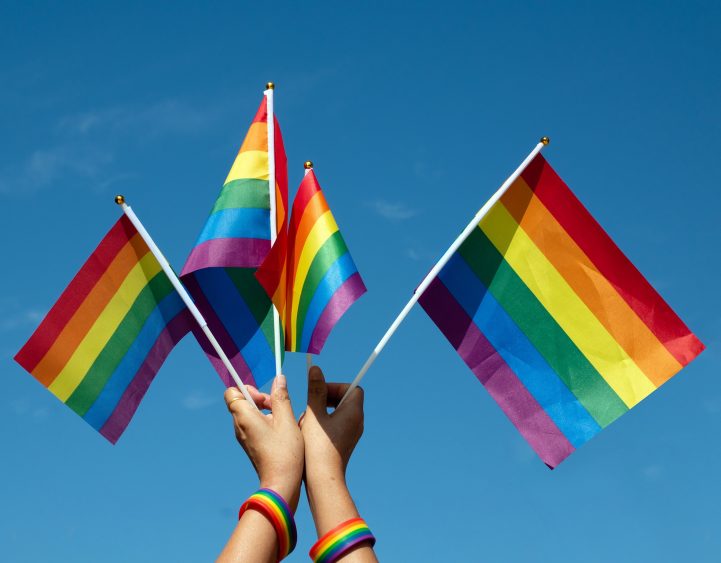 Every June, franchise brands show their support for the LGBTQIA+ community. While some brands are accused of “performative allyship” by just sending out a post on social media every Pride Month, franchisors and franchisees can make their companies more inclusive for all entrepreneurs. The International Franchise Association (IFA) has several initiatives to increase diversity, equity, and inclusion (DEI) initiatives throughout the industry.

In honor of Pride Month, the IFA’s Franchising Pride Council hosted a webinar to highlight how industry members can increase DEI initiatives and be allies to the LGBTQIA+ community. The council was established in 2019 and is a subgroup of the IFA’s Diversity Institute. Featured speakers at the webinar included members of the Franchising Pride Council and franchisors looking to make their businesses more inclusive and set an example.

While not everyone has embraced it (Propelled Brands’ Diversity and Inclusion Council) as we’d like, most of our franchisees have embraced it and have been very excited about it.

Mark Jameson is a co-founder of the Franchising Pride Council and the chief support and development officer of Propelled Brands, an umbrella franchisor that is home to service-oriented brands including NerdsToGo, FASTSIGNS, and MY SALON Suite. He spoke about his struggles in the industry as a gay man who was in the closet and felt uncomfortable working for a number companies. It wasn’t until he came to FASTSIGNS that he felt comfortable enough to be himself. Jameson is proud that Propelled Brands formed a Diversity and Inclusion Council, which includes franchisees from different backgrounds. But, Jameson knows that the council wouldn’t go over well with everybody.

“While not everyone has embraced it (Propelled Brands’ Diversity and Inclusion Council) as we’d like, most of our franchisees have embraced it and have been very excited about it,” Jameson said. This is an important part of starting the conversation about diversity and pride, in Jameson’s view. Jameson also reiterated that it is good for business to be inclusive because you never know who walks through the door. Franchise owners should also keep in mind that hiring quality employees will also be easier if they feel welcome and included.

“For us, forming the Diversity and Inclusion Council was important. We have done it with FASTSIGNS, and we want to broaden that a little bit across the brands,” Jameson said. There are about eight members on the council, and they meet several times a year and make a presentation at the FASTSIGNS Convention.

Bringing change is the first stepping stone in that conversation, and that’s when you’ve opened the door to start having more vulnerable conversations at work that lead into race, gender, disability and things like scholarships for our programs.

Brett Larimer is the executive director of brand development at Skyhawks Sports Academy. She spoke about how her brand values diversity and celebrates pride. After the death of Geroge Floyd in 2020, Larimer and the team met and discussed being a “safe space” to talk about how they felt about what happened. A few of them got together and read “So You Want to Talk About Race” by Ijeoma Oluo, which allowed them to discuss difficult subject matter, like race, gender, and disability, Larimer said.

The company thought deeply about its goals and mission. “We are a youth sports camp company,” Larimer said. “We have campers. We have coaches. We have franchise owners and the coaches that work under them. We also have all of our community partners.” To her, all of these groups have to feel included and feel valued. She understands that change comes from the top down and happens gradually over time. To bring about this change, Skyhawks internally hosts workshops on unconscious bias, which are learned assumptions and beliefs that people are unaware of.

“Bringing change is the first stepping stone in that conversation, and that’s when you’ve opened the door to start having more vulnerable conversations at work that lead into race, gender, disability and things like scholarships for our programs,” Larimer said.

Pride Month can be so amazing, so powerful and so joyful when done well.

Patti Rother, president of Frios Gourmet Pops. spoke about her difficulty as an in-the-closet lesbian woman in the franchising industry and discussed her experience with Blink Fitness. The low-cost, high-value gym concept is based in New York City and is part of Related Companies, a privately owned real estate firm. Rother liked that Blink Fitness put action behind their words and had policies that protected members of the LGBTQIA+ community within the company. For example, same-sex partners were included in an employee’s benefit packages, Rother said.

In 2018, Blink Fitness had a company-wide campaign that boldly showed support of the LGBTQIA+ community. In a controversial move, Blink Fitness stood by its convictions and values of diversity and terminated a franchisee group that didn’t want the pride campaign to be run in their market. The brand clearly values diversity, so franchisees who don’t align with that value knew what they were investing in.

After leaving Blink Fitness and later going to Frios Gourmet Pops, Rother knew that Frios had to be bold and stand for what they believe in. Rother also spoke about how franchisors can handle pushback from franchisees. In an article, Rother offers advice for how franchisors can be true LGBTQIA+ allies during Pride Month and beyond. “Pride Month can be so amazing, so powerful and so joyful when done well,” Rother said.

It’s subtle things you can start doing and then bring it up a notch.

Paul Pickett is the chief development officer for Wild Birds Unlimited and the Franchising Pride Council’s co-founder. He spoke about how franchisors have to be thoughtful when it comes to certain marketing campaigns for other celebrations beyond pride, such as Black History Month and Women’s History Month. Pickett also echoed Larimer’s sentiments about companies educating employees internally to gradually cause change.

“Address it upfront and proactively. Change your franchise agreement language and make sure it doesn’t just talk about a spouse,” Pickett said. “It’s subtle things you can start doing and then bring it up a notch.”

To put action behind his words, Wild Birds Unlimited, a 42-year-old company, now has mission statements and values that embrace diversity. While you own the brand as a franchisor, franchisees own their own business, Pickett noted. This is something franchisors should keep in mind before enacting policies that could cause pushback.

The Franchising Pride Council’s webinar wrapped up with a presentation of the 2022 FASTSIGNS Convention: Diversity and Inclusion video.