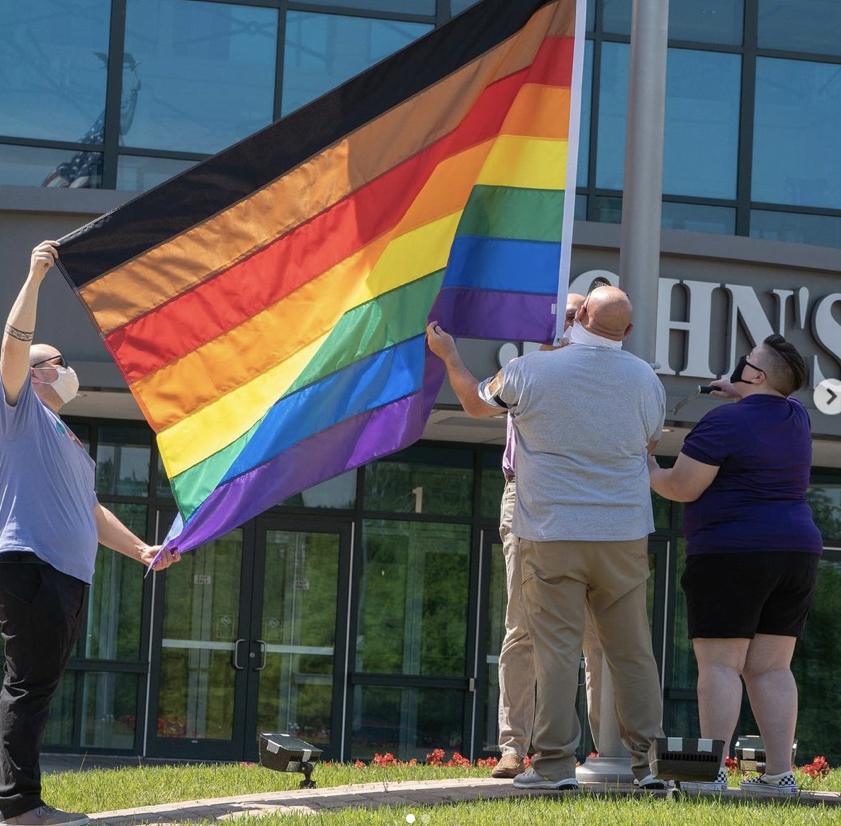 Now you can enjoy a side of inclusion with that burger, pizza or beverage during June.  Franchise companies’ – and also licensing brands’ – support of the LGBTQ community range from special menu offerings to entertainment to marketing outreach and storytelling, most with philanthropic support for inclusion and acceptance. Following are some high-profile initiatives during Pride Month 2021.

Consumers primarily think of this fast-food franchise in terms of its signature Whopper, which has a hefty, smoky-tasting beef patty. But for Pride Month 2021, the fast-food restaurant announced that sales of its new Ch’King sandwich (a fried chicken breast filet on a bun) would benefit the Human Rights Campaign, the largest LGBTQ civil rights organization in the United States. The company will donate 40 cents per Ch’King sandwich sold, up to a maximum of $250,000, to the not-for-profit organization. “This is a community we love dearly and have proudly supported over the years,” according to a statement from Burger King.

Through June 16, customers who buy the favorite dishes of three Chipotle super-fan drag queens will support LGBTQ nonprofits to the tune of $1 per dish ordered (up to $15,000 set aside for charity for each of the three menu items). The eligible items are the Trixie Mattel Pride Burrito (benefiting Trans Lifeline), Kim Chi Pride Bowl (benefiting Human Rights Campaign) and Gottmik Pride Salad (benefiting GLAAD). The drag star whose item is ordered most will be named Chipotle’s Queen of Pride and will receive a bonus $10,000 for that drag queen’s designated charity. Through June 16, customers also can round up their orders to support The Trevor Project, a nonprofit organization established in 1998 to prevent suicides among LGBTQ youths.

The company offers Pride-themed e-gift cards (at DunkinCoffeeBreak.com), a Pride tumbler and reusable straws, and a Sprinkled with Pride Donut, a cake donut with rainbow sprinkles, at selected locations. For all Pride-themed gift cards bought through June 30, Dunkin’ will donate $1 to the Dunkin’ Joy in Childhood Foundation (up to $5,000 total) with the contribution specifically targeted to hunger relief for LGBTQ organizations.

McDonald’s has partnered with the LBGBTQ+ entertainment streaming service Revry to present entertainment by and for the LGBTQ+ community. McDonald’s also has pledged to increase its national media spending on diverse-owned media platforms from 4% to 10%.

Although not a franchise, Shake Shack has a limited number of licensing agreements that operate similarly, so the brand deserves a nod for its Pride Month 2021 philanthropy. The Pride Shake, combining strawberry and blackberry frozen custard with a topping that includes rainbow glitter. Shake Shack will donate 5% of the price paid for each shake to the Trevor Project with a minimum contribution of $50,000. Through June 30, customers can purchase the Pride Shake at all U.S. Shake Shack locations, excluding airports and ballparks. The Pride Shake comes in a dedicated Pride cup with colors aligning with the 2018 redesign of the Pride Flag, which has the original rainbow hues, plus black and brown stripes to represent people of color, and pink and light-blue stripes representing the Trans pride flag.

Like Shake Shack, Starbucks has licensing agreements instead of franchises, but the brand is so huge that its Pride Month 2021 efforts shouldn’t be ignored. Throughout June, Starbucks is posting touching stories about some of its LGBTQ+ partners on the company’s website. These are messages of “family, identity, and love” as related to the LGBTQ community, per the website.

The pizza purveyor raised a Pride rainbow-stripe flag, plus black and brow stripes, in support of the LGBTQ community. The Papa John’s flag also emphasizes that the brand stands in solidarity with the Black community while simultaneously saluting Black and Brown members of the LGBTQ+ community.

In an Instagram post, Pizza Hut promotes “equality under one roof,” with an image of one of the brand’s pizza boxes with its iconic flared roof in rainbow stripes instead of a solid color. The post ends with “Happy Pride Month 2021.”

What Food Franchises Does Shaquille O’Neal Own? 34952