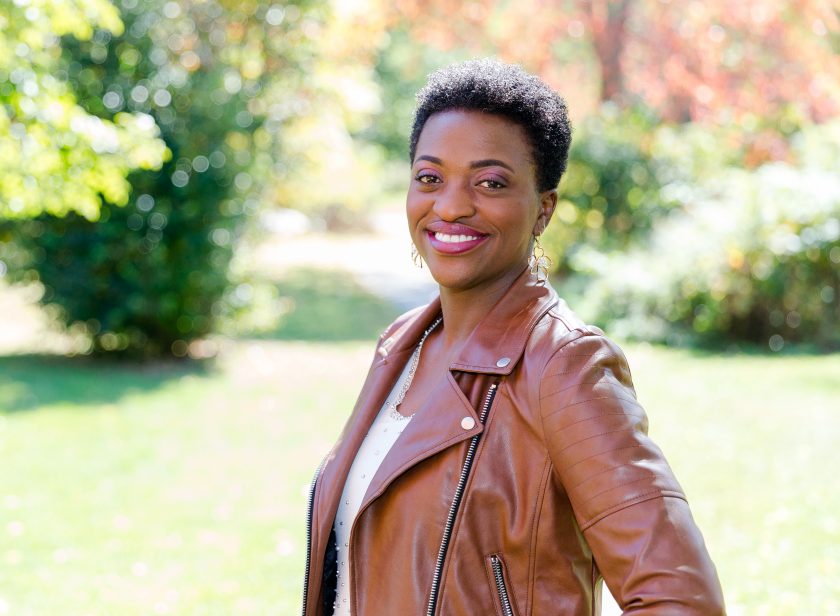 CodeWiz CEO, Ruth Agbaji (above) was thrilled to join the International Franchise Association’s (IFA) Black Leadership Council. Serving alongside some of the industry’s most esteemed leaders, Agbaji is excited to empower Black entrepreneurs. Even though she might be one of the younger members of the Council, her road to entrepreneurship and franchising has been a long and inspiring one.

Growing up in Nigeria, Agbaji said her day-to-day life was often a struggle. “We had to walk miles just to get water. There was religious unrest. I knew there had to be something better,” she says. So, at the age of 24, she started on a journey of self-improvement, which included teaching herself coding. “To get decent internet service, I had to log on at 3 a.m., but I was determined to make my life better,” she says.

Working through the complexities of learning to code, Agbaji connected with a mentor from India who helped her master coding. “At times, I was about to give up, but he helped me. In fact, he changed the trajectory of my life.” Eventually Agbaji was awarded a scholarship to study in the U.S. and earned a master’s degree in computer science at Tufts University. She fulfilled her dream of working for Microsoft, but the story doesn’t end there.

Once Agbaji got married and started to raise a family, her job at Microsoft became less than ideal. “I felt a sense of dissatisfaction. I wanted more flexibility to be there for my family,” she says. After some soul searching, Agbaji decided to combine her love of coding with her love of children and entrepreneurship and launched CodeWiz, a coding program for kids. “I wanted to help kids connect with their inner genius, just like my mentor did for me,” she says.

Now leading an emerging franchise with several locations throughout the Northeast, Agbaji feels compelled to give back and help others find success through franchising. The Black Franchise Leadership Council gives her a great opportunity to do that. “The job of the Council is to be intentional about educating the Black community about franchising,” she says. “Most of us (Council members) accidentally fell into franchising. Now we are taking steps to raise awareness.”

The Black Franchise Leadership Council, created in February to operate as part of the Diversity Institute of the International Franchise Association Foundation, has laid down crucial steps for reaching its ultimate goals of increasing business ownership and generational wealth among Blacks. About 30 percent of franchises are minority-owned, according to IFA statistics, but only 8 percent of franchises are Black-owned. To increase that percentage, the Council will work to:

The Black Franchise Leadership Council is led by some of the most respected names in franchising, including Richard Snow, a Diversity Institute board member and the vice president, Small Business Administration national franchise relationship manager at WSFS Bank. At the Council’s inaugural virtual panel meeting, Snow asked the group “Where is your fire? You’ve got to find it and pass it on.” Snow sees the Black Franchise Leadership Council as the vehicle to pass the fire (passion for franchising) to aspiring black entrepreneurs.

Like Agbaji, vice chair Carolyn Thurston, IFA board member and founder of Wisdom Senior Care, also had a long and inspiring road into entrepreneurship. As a middle schooler, Thurston was discouraged from her dream of becoming a nurse. “My guidance counselor suggested that a secretary would be a better career choice for me,” she said at the Black Leadership Council’s virtual panel meeting. Thurston didn’t listen to her counselor’s advice and pursued her nursing degree. In time, she launched and eventually franchised Wisdom Senior Care. She says if she knew about franchising sooner, her path would have been easier. “Like many small business owners, I tried to do everything myself.” Thurston is thrilled to help aspiring Black entrepreneurs learn about the benefits of franchising.

The timing of the Council’s creation was significant. It was established during Black History Month and in the wake of many civil rights protests following the death of George Floyd while in police custody in Minneapolis.

Serving as the Council’s secretary is Pamela Gore, a Diversity Institute board member and senior manager of franchise recruitment at Inspire Brands. In a recent interview, Gore told Global Franchise Magazine, “I believe that The Black Franchise Leadership Council is the start of the industry making some real progress to bring more diverse candidates into franchising.”

The Black Franchise Leadership Council has been well received throughout the franchise community. Former IFA President and CEO, Robert Cresanti, is a strong supporter. He said, “Given the critical moment the country is facing as it grapples with important civil rights issues, the creation of a Black Franchise Leadership Council is more important now than ever.” Franchise lawyer Earsa Jackson, a certified franchise executive and recently-appointed member of the IFA’s board, said in March that Floyd’s death prompted soul-searching by business leaders who felt their companies had sat on the sidelines too long. Many are now ready to act to foster business and career opportunities for Blacks, she said. Her assertion is on target. Large corporations including Coca-Cola, Delta Airlines and American Airlines have recently taken stands against states’ voting laws that would limit minorities’ access to the polls. And Major League Baseball moved its All-Star game and draft from Atlanta to protest Georgia’s new voting restrictions.

General membership in the Council is open to leaders from all types of industries and franchise sectors. To learn more about the Black Franchise Leadership Council, click here.