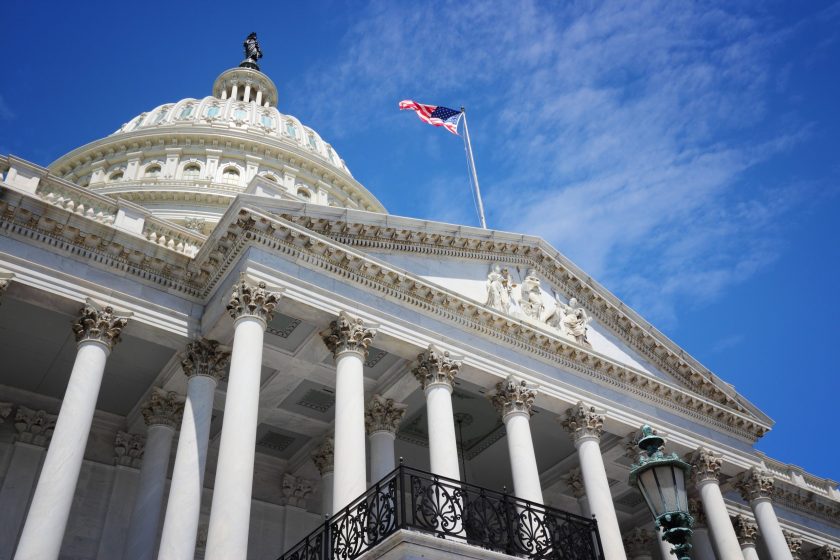 The International Franchise Association (IFA) announced the addition of seven new franchisors, franchisees, and suppliers to its Board of Directors.

With a mission to protect, enhance, and promote franchising, IFA voted to expand its size to better pursue the association’s mission and priorities. “I am thrilled with the addition of these new franchisor, franchisee, and supplier leaders to our Board of Directors,” said IFA Board Chair Catherine Monson. “Their insights, leadership, and enthusiasm will help the franchise community make wise use of its talent and resources this year and in the future.”

The impressive list of new board members includes major players in franchising who bring expertise in a variety of areas, including legal, financial and commercial real estate.

Wanda Williams is the Head of Global Franchising at Yum! Brands. In her current role she is responsible for the Franchise Office, who leads global franchise management and partners with Taco Bell, KFC, Pizza Hut, Habit Burger and their franchisees to focus on franchisee unit level economics, share best practices and leverage the scale of Yum to provide unique franchise benefits. Previously, Wanda served as the Pizza Hut LLC, Vice President of Operations, responsible for the overall restaurant and delivery experience, including cutting edge technology, contactless operating procedures, and the operations growth strategy in the United States for 6,100+ restaurants. In addition, when Wanda joined Pizza Hut LLC, in 2015, she served as the Senior Director of Franchise Sales and was instrumental in transforming the Pizza Hut US franchise landscape by partnering to sell 2,000+ restaurants to new, well capitalized, diverse franchise buyers.

In 2020, Wanda led the launch of and continues to oversee the new Mosaic, multicultural under-represented employee resource group, including various Yum Brands’ employees from the Pizza Hut US, Pizza Hut Global and KFC Global divisions, headquartered in Plano, Texas. In this role, she is responsible for: 1) leading the Mosaic Steering Committee, 2) providing under-represented minority employees a voice and a seat at the table, and 3) ensuring Yum Brands (Taco Bell, KFC, Pizza Hut & Habit Burger) is diverse, at all levels, as the communities they serve. Wanda will continue to leverage Mosaic’s, six pillar foundation to ensure the organization will quickly transform from an employee resource group into an employee business group that levels the playing field for under-represented minorities, advocates for racial equality and removes racial biases/discriminatory practices within corporate offices, restaurants, brand strategies, advertising, and the global, restaurant franchise system.

Prior to working in-house, Marcus was an associate at Greenbaum, Rowe, Smith & Davis in Woodbridge, New Jersey, concentrating on commercial litigation matters.  Marcus is a graduate of Columbia University Law School, and Stanford University.

Greg Flynn is the Founder, Chairman, and CEO of Flynn Restaurant Group and Flynn Properties. With approximately 2,400 Applebee’s, Taco Bells, Paneras, Arby’s, Pizza Huts and Wendy’s restaurants generating $3.5 billion in sales and directly employing 73,000 people in 44 states, Flynn Restaurant Group is the largest franchise operator in the United States. Flynn Properties invests in commercial real estate and has owned and managed more than 3 million square feet since its founding in 1994; it also owns 10 hotels including, in partnership, the luxury resorts Esperanza, located in Los Cabos, Mexico, the Carneros Resort and Solage, both located in the Napa Valley, and the Madeline Hotel in Telluride.

Jim Holthouser is the Chief Executive Officer for Focus Brands, parent company of Auntie Anne’s®, Carvel®, Cinnabon®, Jamba®, Moe’s Southwest Grill®, McAlister’s Deli®, Schlotzsky’s®, and Seattle’s Best Coffee® (in certain military bases and in certain international markets). Jim is leading Focus Brands into its next phase of growth for its seven market-leading brands while driving results and profitability for franchisees, with a focus on delivering an exceptional customer experience.

Jim brings more than 30 years of experience in worldwide brand development, concept innovation, franchise management and digital marketing. He most recently served as Executive Vice President, Global Brands, Marketing and Loyalty at Hilton Worldwide, where he was responsible for Hilton’s entire portfolio of 15 brands with over 5,000 hotels across 105 countries, generating annual revenues of $36 billion. He spent more than 20 years at Hilton in various strategic and brand management roles and has a proven track record of spearheading the launch, development and repositioning of leading consumer brands.

Jim earned both an MBA from the America Graduate School of International Management as well as a B.A. and an M.A. in Economics and Political Science from University of Louisville. He has served on boards and advisory councils, including the Executive Committee at the American Lodging Association, and multiple credit unions, hotels, and nonprofit organizations. Jim is fluent in German, conversant in French, and is also a trained pianist with a number of recordings to his credit.

In 2020, Thompson was selected to serve on the Biden – Harris Transition as the Private Sector Liaison where he provided strategic and management oversight of the interaction with the private sector while managing relationships with Fortune 500 CEOs, Wall Street firms, venture-backed enterprises and industry groups.

A native Texan, Kenny completed his undergraduate degree at Texas Christian University, where he was a proud member of the Horned Frog baseball team. He later earned a Master of Business Administration from Georgetown University. Currently, Kenny serves on the board of directors of the Women’s Congressional Policy Institute, Corporate Advisory Council at the National Urban League, and the AddRan College of Liberal Arts at TCU.

Earsa Jackson is a partner at the law firm of Strasburger & Price, LLP in Dallas, Texas, and she is a Certified Franchise Executive. As the leader for the firm’s Franchise & Distribution team, she orchestrates business development efforts for growth of the franchise practice. She handles transactional and litigation matters for franchises of all sizes ranging from a few to hundreds of units. She regularly speaks at conferences across the country to educate small business owners about franchising.

Earsa is a former director of the Litigation and Dispute Resolution Division of the American Bar Association Forum on Franchising. She serves as Chair of the board of the Diversity Institute created by the International Franchise Association’s Educational Foundation. She chairs Strasburger’s Diversity Committee. She also serves on the board for two nonprofit organizations: Dallas Children’s Theatre and Dallas Christian Women’s Job Corp.

She has been recognized for franchise work among “Legal Eagles” by Franchise Times, “Best Lawyers in America” by Best Lawyers, “Texas Rising Stars” by Texas Monthly magazine and International Who’s Who of Business Lawyers in Franchise. She is named among “Most Power and Influential Women in Texas” by Texas Diversity magazine and “2015 Most Influential Black Lawyers” by Savoy Magazine. She received her law degree from the University of Virginia.

During his BDO career, Jay served on the BDO Board of Directors and as the National Assurance Business Line Leader and the Managing Partner for the Dallas office assurance practice. He currently leads the Firm’s national Marketing Task Force and is involved in national and international M&A expansion efforts.

Previous ArticleFrom Helicopter Pilot to Fibrenew FranchiseeNext ArticleFear can be the factor that halts the franchise sales process. Here’s why.

What Food Franchises Does Shaquille O’Neal Own? 34914