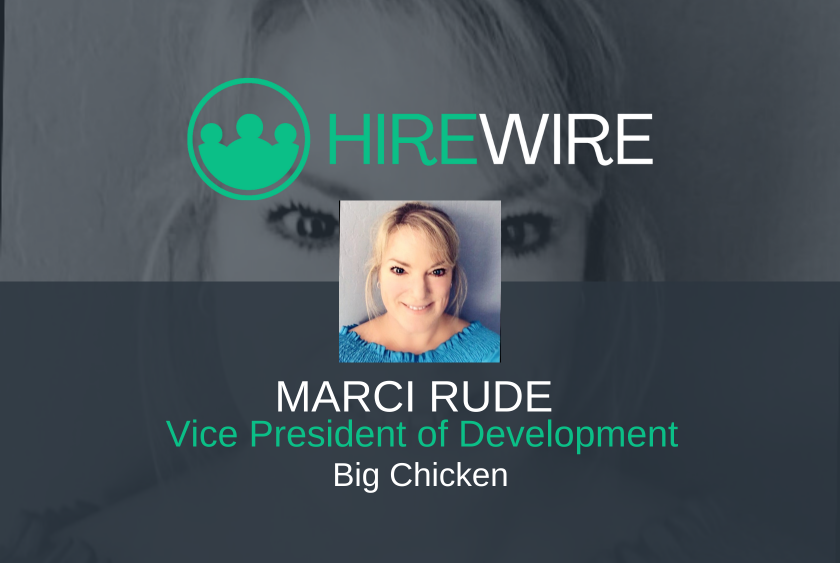 Marci Rude has been promoted to vice president of development of Big Chicken, the fast-casual chicken restaurant concept founded by Shaquille O’Neal. With almost three decades in real estate development and management, Rude has driven the growth of national brands. She joined Big Chicken a year ago, and during that time she streamlined the fast-casual restaurant’s guidelines and design elements to make the launching process easier for franchise owners.

“I’ve been lucky to work with several formidable restaurant brands over the years, and one thing I’ve learned is above all else, premier food and service are what drive success,” said Rude in a statement. She believes that “Big Chicken’s level of service is truly unmatched in the fast-casual category.” Additionally, she enjoys working “alongside such an intelligent, passionate executive team that strives for nothing less than excellence.”

Rude was introduced to Big Chicken through an acquaintance and “was sold on the concept because of the exceptional food, their commitment to being the best franchisor in the business, and the strength of the leadership team.”

Regarding Rude’s promotion, Josh Halpern, CEO of Big Chicken, said, “We are growing fast and we are lucky to have a rock star like Marci working with our franchisees as they build their restaurants. She is an incredible teammate and a tremendous partner for our franchise community.” With nearly 200 units signed, Halpern and the leadership team “want to ensure our franchisees continue to feel that same level of personalized support they’ve received from the jump, and Marci will help us make sure that happens.”

Rude recently served as the chief development officer for Concepts Entertainment, a hospitality and entertainment company based in Arizona. She has also worked to develop brands including P.F. Chang’s, Sonic Drive-In, and Kona Grill. Using her expertise, Rude helps franchisees enjoy an optimal experience during every stage of development and launch.

Throughout her career, Rude has worked for many organizations that grew using a combination of franchising and company-owned models. “My original encounter working with franchisees was my first job in real estate working for Blockbuster Video. It was a great learning experience seeing how growth can be accelerated by expanding with experienced franchisees,” she said.

Rude’s favorite part about the industry is having the opportunity to develop strong relationships with franchise partners. “Having the chance to work side by side with our franchisees to grow and open successful restaurants is very rewarding,” Rude said.

She advises entrepreneurs with the franchising bug to do their due diligence. “Other things to consider are the company’s financial strength, executive leadership team, infrastructure for supporting growth, culture, and willingness to evolve and innovate,” Rude said.

Big Chicken began franchising about a year ago. Since then, the fast-casual concept has opened two traditional locations and has more than 150 in development. Big Chicken’s upcoming franchise expansion includes new locations in California, Texas, Oklahoma, Illinois, Utah and Nevada. Big Chicken has existing locations in Las Vegas, Los Angeles, Climate Pledge Arena in Seattle, and on two Carnival Cruise ships. Prospective candidates should have intentions to open multiple locations and ideally have prior restaurant experience.