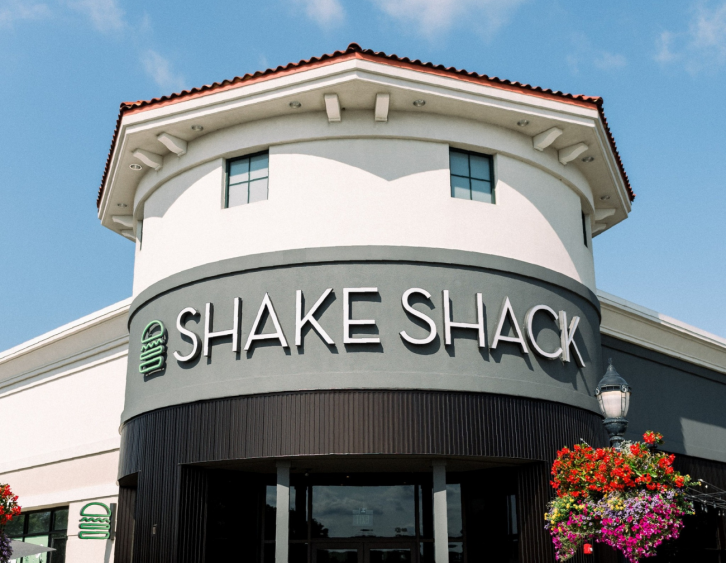 Most People Think These Fast-Casual Brands are Franchises, but they are Corporate-Owned

Just because you see your favorite coffee shop or burger joint on every street corner, that doesn’t mean it’s a franchise. Some fast-casual brands are incorrectly assumed to be franchises when they are exclusively corporate-owned or only offer limited licensing opportunities. So what would make one fast-casual brand become a franchisor while another wouldn’t dream of it?

Companies decide to franchise for many reasons, including increased scalability and faster growth potential. But some fast-food brands don’t want to give up control. Fast-casual brands like Starbucks and Chipotle Mexican Grill decided against franchising for various reasons.

Here’s a look at 10 fast-casual brands you probably thought were franchises but are not. Even though these businesses don’t offer franchise opportunities, you can still find hundreds of fast-food franchise brands to choose from. With countless options, you are bound to find a franchise that works for you.

While many investors would love to open their own Shake Shack restaurant, it’s not a franchise. Shake Shack began as a hot dog cart in New York City’s Madison Square Park with a mission to raise funds for a public art project. Since then, the burger concept has grown in the U.S. and internationally with the premise of Stand For Something Good. To do the right thing and hold themselves accountable, Shake Shack has strict animal welfare practices, delivers enlightened hospitality, and empowers team members to act like entrepreneurs. While you will likely never have the opportunity to have a Shake Shack of your own, you could consider Checkers or Five Guys.

A fast-casual salad concept that didn’t go the franchising route is sweetgreen. The salad brand was founded in 2007 by Jonathan Neman, Nathaniel Ru, and Nicolas Jammet. These three college students didn’t want to choose between fast, unhealthy food that is cheap or slow, fresh options that are more expensive. With the idea of not sacrificing quality for convenience, they opened the first sweetgreen location in Washington D.C. two months after graduation. sweetgreen shops add to communities with their locally-sourced ingredients used to make salads and other food options. To give back to the community, sweetgreen created a program called sweetgreen in Schools, which educates students about healthy eating. Sad that you can’t open your own sweetgreen? No worries. There are many other great salad franchises to consider, including the Salad Station and Coolgreens.

While it has all the qualities of a great franchise brand, the massively-popular Chopt Creative Salad Co., unfortunately, doesn’t offer franchise opportunities. The fast-casual restaurant chain was founded in 2001 and sells wraps and grain bowls in addition to salads. Just like many franchises, Chopt gives back to the community. With the Chopt Gives program, which launched back in March, profits from the “Chopt Gives Menu” are donated to specific organizations throughout the year. According to a press release regarding the initiative, there will be a new organization every quarter that will benefit from a 10% donation. Even though you can’t own your own Chopt franchise, there are plenty of opportunities to give back with other salad franchise brands. For example, CHOP5 Salad Kitchen’s Full Bellies campaign combats hunger by donating fresh produce to food pantries for every dish sold.

A popular, non-franchised burger chain with locations on the West Coast is In-N-Out Burger. Lynsi Snyder, heiress and owner of the fast-casual brand, expressed that In-N-Out has no interest in franchising. With a simple business model and strong name recognition, the burger joint is a fan favorite. The iconic brand was established by Harry Snyder in 1948 as California’s first drive-thru burger stand. Over time, In-N-Out has expanded to over 370 locations across seven states. To make communities safer, the burger chain created the In-N-Out Burger Foundation, which helps abused children, and Slave 2 Nothing Foundation, which assists victims of human trafficking and substance abuse. While it may be disappointing that In-N-Out doesn’t offer franchise opportunities, you can still align with a burger franchise that does great things for the community. Similar brands include Smashburger and Fatburger.

Is Starbucks a franchise? Although the coffee brand offers limited licensing agreements, the answer to this frequently asked question is no. Starbucks’ history goes back to 1971 in Seattle’s historic Pike Place Market. The coffee business’ name is inspired by the classic Herman Melville novel “Moby-Dick” to evoke the traditions of early coffee traders. A decade after its inception, Howard Schultz became enamored with Starbucks and came back with new ideas for the Seattle-based coffee giant after returning from Italy. Starbucks has made a point of being committed to great service and having great relationships with business partners to ensure a quality experience for all. If you had your heart set on a Starbucks franchise, don’t fret. There are many similar coffee franchises to consider, including Bad Ass Coffee of Hawaii and Caribou Coffee.

Even with a proven model and welcoming culture, this Mexican-inspired fast-casual concept didn’t franchise. Customers can’t get enough of Chipotle’s 53 different ingredients that contain no artificial flavors, colors, or preservatives. The corporate-owned Mexican-inspired brand only uses fresh ingredients, so there’s no need for freezers, can openers, or shortcuts. Like a franchised brand, Chipotle has great brand recognition – although it is famously difficult to pronounce for some (It’s pronounced Chih-poat-lay). Customers and entrepreneurs can appreciate the fast-casual brand’s commitment to sustainability. Similar Mexican-inspired franchises include Qdoba and Moe’s Southwest Grill.

White Castle is known for satisfying the appetites of late night snackers, but it doesn’t offer franchise opportunities. The iconic burger brand’s history goes back a century to 1921 when Billy Ingram launched the family-owned business with $700 and an idea to sell small, square hamburgers for five cents. This invention would later be called sliders. Fast forward to today, and White Castle has grown to more than 360 locations across more than a dozen states in the U.S. Not only can customers go to one of these locations to satisfy their White Castle craving, but they can also go to the grocery store to buy the fast-casual brand’s mass-produced sliders and chicken rings. Customers can feel good about White Castle’s commitment to sustainability and diversity and inclusion. While there are many unique burger franchises out there like, nothing quite compares to White Castle.

Although Cracker Barrel operates more than 663 stores in 45 states, it is not a franchise. The beloved fast-casual restaurant was established in 1969 by Dan Evins, who saw an unmet need for a quality restaurant people can frequent as they’re making long drives across the country. In addition to not being a franchise, there are other facts about Cracker Barrel many may not know. For example, the fast-casual brand used to sell gasoline – which made the original restaurant-gas station combination in Lebanon, Tenn., a great destination for travelers. The fast-casual brand also sources about 90% of its ingredients in the U.S.; it has its own décor warehouse; and its original menus were handwritten. Similar family-friendly restaurant franchises out there include Friendly’s and Denny’s.

Panda Express is not a traditional franchise but the brand offers limited licensing opportunities in venues such as colleges, airports and food courts. Panda blends foods that have Chinese roots with an American taste. The fast-casual brand was founded by Andrew and Peggy Cherng. Since its founding, Panda has grown to thousands of locations globally. Licensees with Panda benefit from an established business model, support and training, and have the opportunity to own locations in colleges, stadiums, casinos, food courts, military bases, and more. Through initiatives like fundraising, Panda Cares, and the Panda CommUnity Fund, the fast-casual brand is more than just a restaurant, but an important part of the community. Similar Asian-inspired franchises include Teriyaki Madness and Thai Express.

While Boston Market doesn’t offer franchising opportunities, the fast-casual restaurant brand isn’t opposed to doing so in the future, according to its website. Since its founding in 1985, Boston Market has expanded to more than 300 locations across the U.S. The fast-casual brand offers licensing opportunities for non-traditional locations, including airports, hospitals, hotels, military bases, and college campuses. Maybe you can’t own a traditional Boston Market shop right now, but you can find other similar chicken franchises, including Popeyes or Zaxby’s.