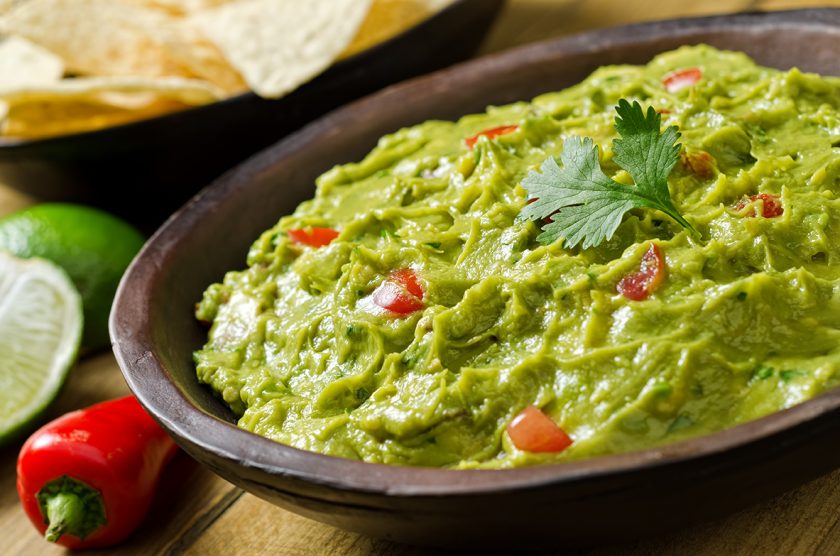 When it comes to the top international cuisine in the U.S., Mexican restaurants are some of the most popular, as indicated by Google Trends. Mexican food, such as tortillas, tacos, tamales, enchiladas, and more, has been a staple of the American diet for centuries. This food has become so popular that customs such as Taco Tuesday and Tex-Mex style restaurants are commonplace in the U.S. With a fun, family-friendly atmosphere, Mexican restaurant franchises appeal to “foodies” of all backgrounds. This appeal is especially evident on Cinco De Mayo, a fun holiday that celebrates Mexican food and other aspects of the country’s culture.

The holiday, which marks the anniversary of the Mexican army’s victory over the French at the Battle of Puebla, is almost as popular in the U.S. as it is in Mexico. Millions of Americans will eat delicious food to celebrate the victory.

When it comes to the top Mexican restaurant franchises, Taco Bell reigns supreme. Customers enjoy Taco Bell’s Value Menu, which has items that cost $1. The brand is known for its product innovation, with creative concepts like the popular Doritos Locos Tacos. With a target audience of millennials, Taco Bell has ramped up its social media campaigns in order to reach out to them. The brand has also increased the efficiency of its ordering and pick-up services, and it was the first QSR to allow customers to order and pay ahead on an app.

Moe’s (“Musicians, Outlaws, and Entertainers”) Southwest Grill offers customers  more than 20 different ingredients to choose from to make their own customized meals. Its restaurants have hipster vibes with menus full of items containing pop culture references. The ideal candidate for the Mexican restaurant franchise wants to open at least three locations and has a strong connection to the community. Moe’s is popular at colleges and universities, airports, malls, and more.

Taco John’s is a Mexican fast-food restaurant that considers its menu to be in the “West-Mex” style. One of its signature items is called Potato Olés, which are deep-fried seasoned potato nuggets served with or without nacho cheese. Founded by John Turner in Cheyenne, Wyo., in 1968, the brand also trademarked “Taco Tuesday” in 1989 after coining the term a decade earlier. The company has grown to more than 380 units in 22 states and offers multi-unit opportunities. Franchise owners can also expect that 60% of the business will come from the drive-thru sales.

Del Taco fuses Mexican and American food together with its burgers and fries. After replacing its traditional nacho cheese with Queso Blanco, the company released an entire menu of queso due to its popularity. Ed Hackbarth and David Jameson opened Del Taco’s first location in 1964 in Yermo, Calif. The franchise has since expanded to about 600 locations across 16 states. There are scalable design options that prospective franchise owners can pick from. The drive-thru only design is about 1,200 square feet. The freestanding option ranges between 2,000 – 2,400 square feet. The franchise also offers the opportunity to convert an existing restaurant into a Del Taco location.

TacoTime’s menu is inspired by Southern California’s Mexican cuisine. The company’s Crisp Burritos are hand-rolled and fried for a twist on the burrito. Its Mexi-Fries, which are seasoned tater tots that can be stuffed with creamy cheddar cheese and diced jalapeños, are also popular. Tacos, quesadillas, nachos, salads, sides, and breakfast items round out the menu. The brand is part of Kahala Brands, an umbrella franchisor of quick-service restaurant brands. Prospective candidates can expect to invest between $331,150 and $636,800 for a traditional location.

Quesada Burritos & Tacos is a Canadian Tex-Mex restaurant that offers churros, burritos, burrito bowls, tacos, quesadillas, tortilla salads, and nachos. Additionally, 1% of sales from the franchise’s Beyond Meat Burrito are donated to the non-profit organization, 1% for the Planet. Multi-unit operators are ideal franchise owners.

Taco Bueno is a Tex-Mex restaurant franchise that offers breakfast items, two-entree combinations, and platters that include rice and refried beans, salads, sides, and sweets. Founded by the late Bill Waugh in Abilene, Texas, in 1967, the company started franchising in 2004 and continues to grow, with more than 180 stores in seven states.

Fuzzy’s Taco Shop offers several taco and burrito varieties, seven types of nachos, nine salads, sides, and breakfast items. Unlike most franchises, Fuzzy’s allows franchise owners to put personal touches on their restaurants such as local music playlists and décor. The brand offers a smaller format called Fuzzy’s Taco Shop Taqueria, which costs between $360,500-and $724,000. Its traditional locations cost between $575,000-$1,219,600.

America’s Taco Shop is a quick-service Mexican restaurant franchise that specializes in preparing and serving carne asada. The company’s menu features family recipes from Culiacan in Central Mexico. The average time to open a location is about six to eight months, and the company offers single and multi-unit ownership opportunities.