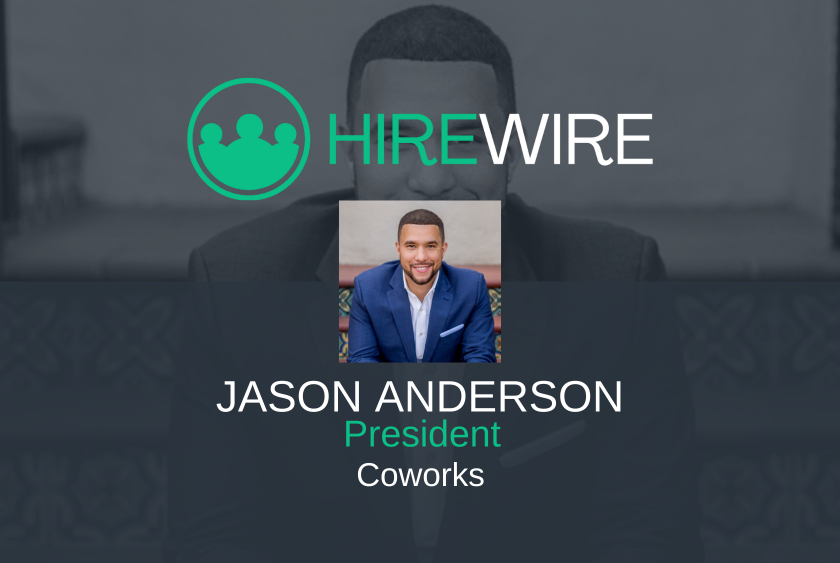 Jason Anderson has been named president of Coworks, a newly-formed division of the United Franchise Group (UFG) that specializes in franchising within the coworking industry. Coworks was established in 2021 by UFG founder and CEO Ray Titus to connect coworking brands, amenities, and services within the industry.

Anderson’s promotion comes as Titus and Mark Hemmeter, founder and CEO of Office Evolution, announced a new strategic alliance. Office Evolution will now exist within the Coworks division, along with Venture X, a UFG-owned coworking company. With this merger, Coworks became the largest privately-owned franchisor in the coworking industry. Office Evolution and Venture X are intended to run separately under Coworks, and UFG’s leadership will consider adding more brands in the future. Other Coworks brands include Network Lead Exchange and Franchise Real Estate, Inc.

Coworks and the Coworking Industry

As Cowork’s new president, Anderson will oversee the development of the coworking franchisor’s strategic partnerships and acquisitions. “Our goal is to offer members unique levels of amenities and benefits available in our locations, comparable to the brands and loyalty programs within Marriott’s Bonvoy. As we continue to evolve Coworks, we are actively seeking to add other unique flexible office space operators to our portfolio, making us the clear franchise leader in the coworking industry,” Anderson said.

Due to the similarities between Office Evolution and Venture X, this new alliance makes sense to propel UFG and its Coworks division forward. “We are especially enthusiastic about the synergies that our companies share — like marketing, sales, real estate, and training — strengths that will support a seamless integration as well as our international master licensing initiatives,” said Michael White, president of Venture X.

The Importance of Franchise Consultants

Anderson has more than a decade of experience in the franchise industry. His passion is to help organizations break the status quo by developing new sales and marketing strategies and implementing new products and services. Anderson is also a franchise consultant and has experience as a real estate broker.

Anderson intimately understands the important role of consultants. “Being in real estate, I was well-prepared with complex, consultative type sales. I found helping someone purchase a franchise was very similar to the process of selling a house,” Anderson said.  Just as Anderson doesn’t suggest that a first-time home buyer attempt to buy a house on their own, he feels it’s even more important for a new franchise owner to seek assistance from a franchise consultant.

Anderson is the youngest of 10 children and served as a senior airman in the U.S. Air Force. He joined when he was 17 and served active duty on Sept. 11, 2001. Anderson left the service in 2005 after being honorably discharged. Using his training, he established his own holding company for businesses he has founded called Omni Asset Management Group Inc. These businesses include Halo Group Realty, Premier Property Marketing Group, and Tag Realty Advisors. At 29, he was included in the first edition of Forbes “30 under 30” list.

Anderson got into real estate after using his VA Loan benefits to buy his first house flip. He then used his GI Bill benefits to complete his MBA. For veterans looking to get into franchising, Anderson recommends taking “full advantage of all the resources provided to you from the military, which can be very difficult to navigate at times.”

Anderson has an MBA from American Intercontinental University, a marketing certification from Cornell University, and a certificate in entrepreneurial students from Harvard Business School online.