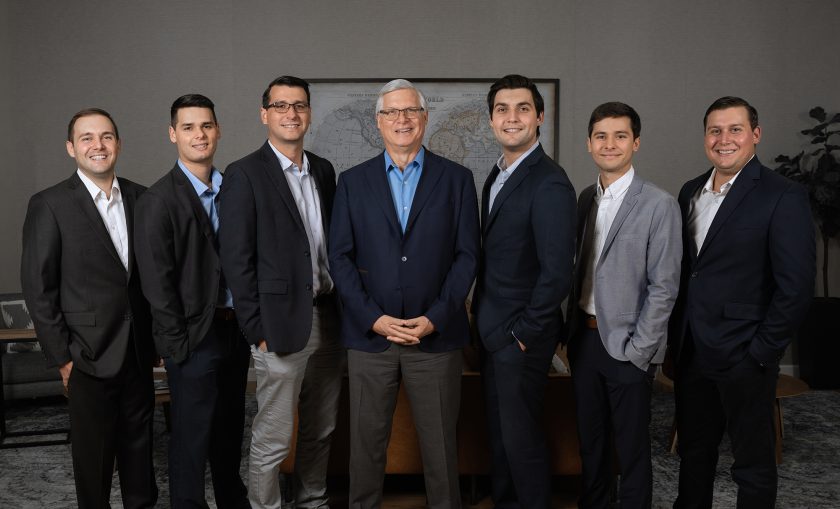 Whoever said you shouldn’t mix business with your personal life never met the Titus family. With three generations of franchising behind them, they have built United Franchise Group (UFG) into a worldwide organization with more than 1,600 franchisees in 80 countries.

UFG’s history dates back to 1986 when Ray Titus opened the first Signarama company store. Son of late franchise legend Roy Titus, Ray continued his father’s entrepreneurial spirit and took the signage business from a local shop to a major franchise system with more than 700 locations worldwide.

Along the way, Ray launched more legacy brands including Fully Promoted, SuperGreen Solutions, and Transworld Business Advisors. More recently, he introduced a new generation of exciting emerging brands with a new generation of Titus family members by his side, including his three sons A.J., Austin, and Andrew.

The Next Generation at UFG

After learning the ropes in different positions of the company, middle son, Austin (27), now serves as President of Network Lead Exchange (NLX), an online networking and referral franchise. “I set out to be part of the family business from the start,” he says. “It’s incredible to see people living out the American dream every day.”

Even before COVID hit, Austin and his team were disrupting the industry by helping business owners network and connect more effectively. Under Austin’s leadership, NLX is ushering in a new wave of franchisees who cater to the needs of 21st century business owners. NLX is blowing away the traditional, outdated networking groups that have rigid rules and requirements.

With franchising in their blood, Ray’s three sons retain their father’s strong family values. Coworkers include extended family along with folks who have become like family and share the Titus family’s mission to help franchise owners succeed. “Working with family is a fundamental part of my story and experience. We have always worked with and learned from grandparents, parents, brothers and cousins,” says A.J. Titus, (29), the third-generation President of the Signarama brand. “We all work together towards the same goal: to grow the business and leave it better for the next generation of our family and future franchisees.”

In 34 years of doing business, I have never lost a night of sleep. I’m passionate about helping people become successful.

Even though Ray encouraged his sons to explore their options, they all gravitated to the family business. “My father is my mentor, leader, and my best friend. I attribute everything I know about franchising and business to him. He has always taught us to be the best and to never take anything for granted,” says Andrew Titus (23), the youngest brother and regional Vice President at UFG.

A respected leader in franchising, Ray is known for his integrity and passion for helping people become business owners. “In 34 years of doing business, I have never lost a night of sleep. I’m passionate about helping people become successful. I would love to be remembered as someone who is a positive force for good,” he says. Ray attributes his long-term success to keeping his priorities straight. “For me, family comes first.”

UFG anticipated a change in the way people do business well before the pandemic forced business owners to think differently. In 2016, the company launched Venture X, a shared office space franchise. Then in 2018, it introduced Network Lead Exchange (NLX), which is a perfect add-on franchise to any type of b2b business including Venture X.

With NLX, franchise owners make money by providing a sophisticated, custom platform to send and receive referrals and commissions. It replaces franchisees’ existing networking groups and generates revenue through memberships and a percent of the commissions made through their chapter. “For B2B business owners, networking is a must. NLX provides a more realistic and efficient way to do it,” says Austin.