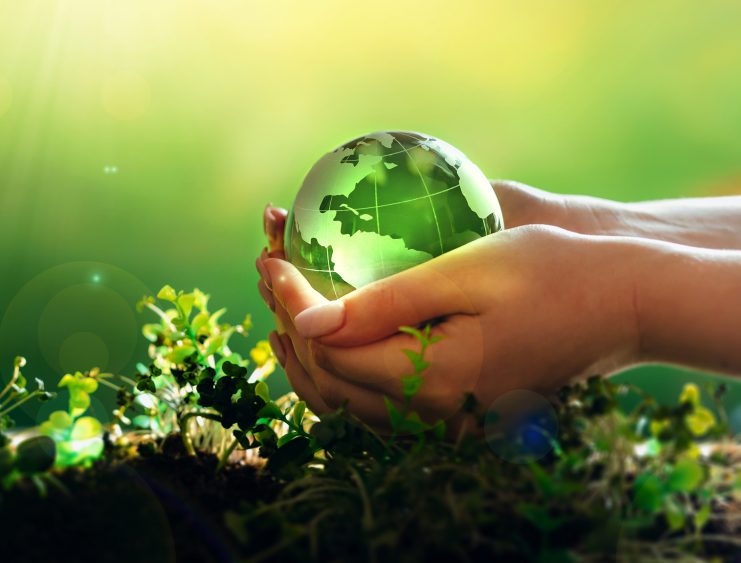 When you think of Earth Day, you might think of conservation, sustainability and recycling, but what about fast-food burgers? Probably not. Burger franchises have long made it their business to offer on-the-go customers cheap and accessible options, like burgers and fries. But what’s cheap and accessible isn’t always good. It’s no secret that a daily fast-food beef burger isn’t ideal for a healthy diet and there is evidence that beef has harmful impacts on the planet. Fortunately, fast-food burger franchises are catching on and serving up alternatives to fat-laden, planet-crushing red meat.

Benefits of a Plant-Based Diet

In addition to promoting weight loss, a plant-based diet can also reduce your risk for coronary heart disease and type 2 diabetes. According to a study in Nutrients, data shows that the U.S.’ cardio-metabolic deaths could be reduced by half with a vegetarian diet and proper nutrition.

And the Earth definitely benefits when we eat a plant-based diet. The United Nations (UN) recently released a report urging the world to fight climate change by adopting more plant-based diets. Due to the high amount of carbon dioxide and methane that animal agriculture emits, the UN deems the beef industry unsustainable. Growing plants is less intensive than farming animals; thus, a reduction in factory farming will save countless forests and species from extinction.

The iconic burger franchise recently brought its McPlant Burger to the U.S. Originally tested in England, the burger is making its way to El Segundo and Manhattan Beach, Calif.; Jennings and Lake Charles, La.; and Irving and Carrollton, Texas. The burger is made with a protein pea patty and features non-vegan American cheese and mayonnaise. By comparison, the UK’s version is entirely vegan.

The fast-food burger franchise offers customers the plant-based Impossible Whopper, which has been a success and is one of the brand’s most successfully launched products. Burger King has doubled down on the plant-based craze and become the first fast-food chain to roll out the nation’s first Impossible Nuggets or plant-based chicken nuggets. These nuggets are available in Miami, Fla.; Des Moines, Iowa; and Boston, Mass.

The Fatburger franchise sells the classic Impossible Burger. According to Fatburger CEO Andy Wiederhorn, the plant-based burger quickly became one of its best-selling items after its debut in Los Angeles, Calif. Additionally, some of the franchise’s locations allow you to make the burger totally vegan by asking for dairy-free daiya cheese instead of regular cheese.

TGI Fridays has been offering its Beyond Burger since 2018. It’s topped off with the brand’s signature sauce to ensure that customers don’t miss out on any of the signature burger’s tastes.

The BurgerFi franchise offers customers two plant-based Beyond Burger options: one is vegetarian, and the other is vegan. The vegetarian option is served on a standard bun and includes American cheese. On the other hand, the vegan option comes on a multigrain bun without cheese.

Burger joints aren’t the only fast-food concepts cashing in on the plant-based craze. The Minnesota-based CRISP & GREEN franchise has a menu that focuses on scratch-made salads and customizable grain bowls. Founded by Steele Smiley in 2016, the brand strives to change the game in the wellness industry.

In addition to serving delicious salads, smoothies, and grain bowls, CRISP & GREEN provides wellness resources and events to create healthier communities. The company has a Take the Plant Pledge, which allows the company to be sustainable and help customers improve their health while also being charitable. Smiley also founded STALK & SPADE, an entirely meat-free fast-food concept with a meatless burger, chicken, wrap, and salad options.

As we celebrate Earth Day 2022, it’s great knowing where you can find plant-based options. Fast-food chains have woken up and are offering plant-based options that look and taste like meat without the harmful health or environmental impacts. The next time you want to eat out, check out the brand’s menu to see if it offers plant-based options. Your body and the planet will thank you for it.