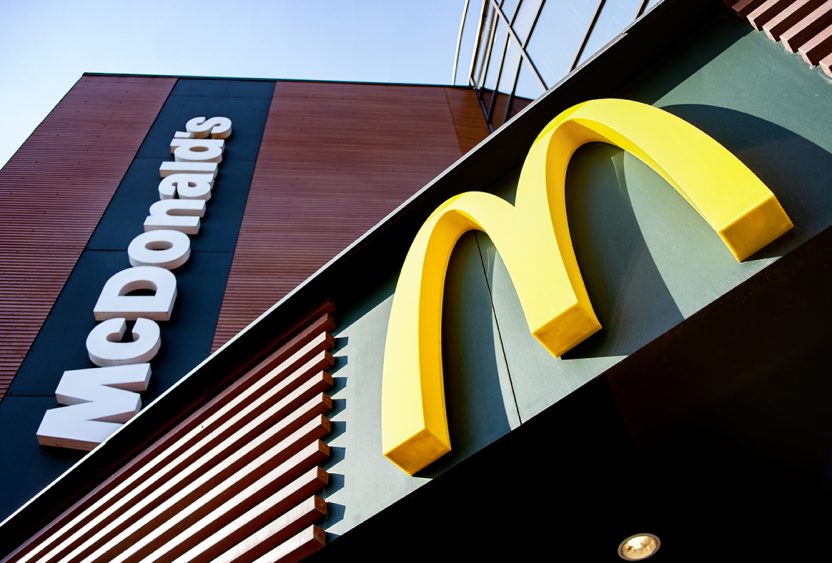 When McDonald’s franchisees were hemorrhaging money in spring 2020 because of the pandemic and begged corporate headquarters to forgive a couple of weeks’ rent, the answer was no (although payments were deferred). And perhaps surprisingly, some 85% to 90% of American franchisees do pay rent to HQ, which owns their properties. So franchisees received tens of millions of dollars from the federal government’s Paycheck Protection Program (PPP) to make their rent. All of these revelations come in reporting on TheCounter.com and TheIntercept.org.

To give some context to those rent payments, the online articles cite 2019 company filings showing that the McDonald’s corporation received $7.5 billion in rent from franchisees – more than franchises’ total royalty payments and more than a third of all revenues from the corporation and its franchises. PPP loan application statistics analyzed by The Counter and The Intercept found $31 million-plus in taxpayer-supplied PPP dollars would go toward rent payments that franchisees owed to McDonald’s Corp.

Responding to questions about PPP funds from The Counter and The Intercept, McDonald’s global communications manager Joseph LaPaille said the fast-food giant “never asked for assistance from any government entity.” Technically true, but rather disingenuous: By collecting rent checks from franchisees who received PPP funds, the franchisor did receive taxpayer funds albeit somewhat indirectly.

All told, 2,389 McDonald’s franchises snapped up roughly $1.3 billion in PPP dollars, according to information released in January by the Small Business Administration (SBA), the federal agency that oversaw the program, The Counter and The Intercept reported. Only General Motors businesses, whose dealership owners are franchisees, collected more PPP dollars than second-place McDonald’s, according to the news article.

Designed by Congress to keep Americans employed, PPP made available as much as $10 million per franchise. If business owners spent the money mostly on payroll as intended, then those loans could be forgiven: free money.

With borrowers declining to specify how they ultimately used the money, it’s unclear precisely how many taxpayer dollars were actually spent on rent to McDonald’s Corp. or its real estate affiliates. “This is practically a black hole” regarding PPP loan forgiveness, Moulton told the reporters. “We’ve gotten almost no information about what these companies are claiming, and it makes it impossible then for any kind of outside evaluation [of whether] the forgiveness makes sense.” To read further full details about McDonald’s Corp. real estate empire, which was valued at $37.9 billion at the end of 2020, click here or here.