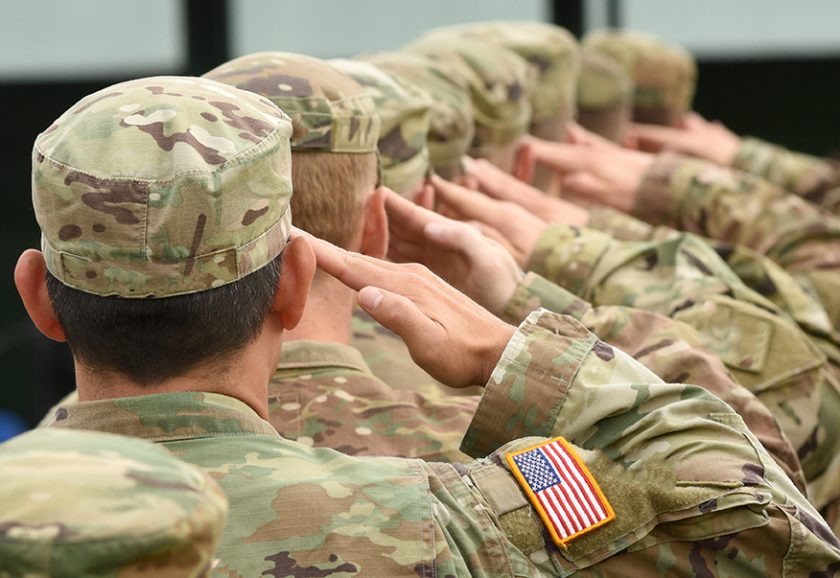 As Veterans Day – Nov. 11 – nears, it’s the perfect time to celebrate the ongoing efforts and past accomplishments of VetFran. The organization, part of the International Franchise Association (IFA), has a dual mission: 1) to educate military veterans and franchisors about how well the abilities of veterans match up with the skill set required for being a successful franchisee/entrepreneur, and 2) to ease veterans’ transition into franchising by encouraging franchisors to offer financial incentives to veterans – plus assembling resources, tools and a database of franchising opportunities for veterans.

Don Dwyer Sr., who was the founder of the franchisor Neighborly (formerly the Dwyer Group), established the VetFran Program soon after the Gulf War ended in 1991. VetFran is a voluntary effort of IFA-member companies. Today more than 500 franchisors participate in the program, and more than 6,300 veterans have acquired a franchise business through VetFran.

Franchising has been a gateway for veterans to pursue small business ownership, prosperity and success for their families, no matter where they’re located.

Steve White, president and chief operating officer of the franchisor PuroClean as well as chair of the VetFran Committee, says the program meets an important need. “Our military has developed significant resources to help exiting service members get a job, but there are very few resources to help them understand business ownership. VetFran was created to provide veterans with the tools and access to resources, events and exclusive opportunities on behalf of franchise brands throughout the country.” He adds that “franchising has been a gateway for veterans to pursue small business ownership, prosperity and success for their families, no matter where they’re located.”

VetFran guides veterans, including those with disabilities, to the franchises that will suit them best. The program provides a curated reading list of reference materials for veteran entrepreneurs, and it offers state-by-state Small Business Administration resources for veterans. “The group also cultivates a sense of community for former service members where we can elevate and support one another,” says White, a former Army captain, “and that is truly special.”

He also points out that franchisors can reap huge benefits by welcoming former military personnel into their fold. “Veterans have a natural drive to serve as leaders and possess the discipline to follow a specific set of goals and standards for success,” White says. They lead their teams with the heart of a servant, which he calls “the bedrock of our foundational practices and something those who come from a military background naturally possess.”

White serves up a case in point: Tom and Bonnie Lanyon from California. “Tom served in the Army in Vietnam and was a decorated combat infantryman. He applied his Army skills and discipline to his business and was very successful. Their franchise dates to 1993 and is the longest-standing PuroClean franchise.” PuroClean is one of many veteran-friendly franchises listed on vetfran.org. VetFran has also developed a star ranking system to designate franchise systems that particularly stand out in working with military veterans.

What is the VetFran Program?

VetFran is a part of the IFA’s nonprofit Educational Foundation, which is funded through charitable donations and sponsorships. Gold Sponsors include Marriott, Edible Arrangements, The UPS Store, Apex Family Fund and First Light Home Care. It reaches out to veterans through events such as trade shows. In summing up, “VetFran is a vital resource for both veterans and the franchising industry,” White says. “The organization helps veterans access quality, like-minded businesses that put them on the path to financial freedom and overall success. VetFran connects franchisors with outstanding prospective franchise owners who come with discipline, motivation to be successful in business, and a call to serve their communities.”

What Food Franchises Does Shaquille O’Neal Own? 58047

The Rise, Fall and Reinvigoration of Friendly’s 11571