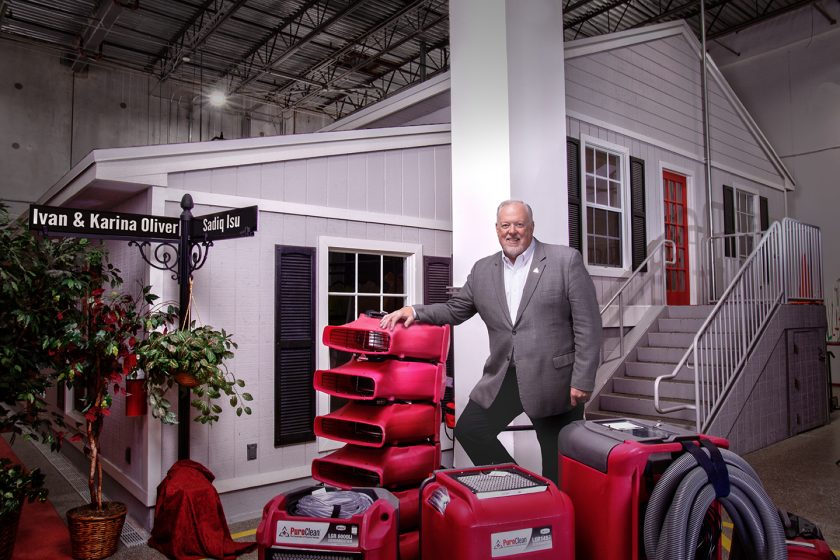 After 35 years in franchising, PuroClean President and COO Steve White says the most important thing he has learned is that a franchisor cannot be successful if his franchisees aren’t. “It all boils down to one thing: Franchisees come first. You can’t have a me-first approach as a franchisor,” he says. Similarly, White believes that culture and teamwork are the two most important elements to any franchise system. “Franchising is a team sport with no individual events,” he says.

White is acutely aware of the blood, sweat and tears franchise owners put into the purchase of their franchise businesses. “Investing in a franchise is more than just a business transaction,” he says. “The future of a franchise owner’s family is often hanging on the success of the franchise. We have to work tirelessly to help franchise owners succeed.”

White says he has fostered a culture of what he calls extreme ownership accountability, meaning all people who represent  PuroClean (corporate support team, franchisees, employees), are true to their word. He ensures this by interviewing every single person on the corporate support team as well as every franchise owner. Servant leadership is also a priority that he considers an obligation for him and for each and every PuroClean franchisee, employee, and member of the corporate team. “Serving others is what we do.”

In all of White’s years as a leader, he says the secret to his success has been his sense of calm. “If you stay even keel, and do the right thing, the right way, each and every day, you get results.” In addition, White prides himself on being available and inclusive. “You have to be in it with the franchisees,” he says. White makes sure he’s present at all company-wide events and gets face-to-face with every franchise owner at PuroClean’s regional meetings. Even though PuroClean has grown to 362 franchise owners, White continues to foster a collaborative environment where franchisees feel comfortable offering ideas and opinions.

Before serving the franchise industry, White served the country as a U.S. Army infantry officer. Through his service, he learned important leadership lessons, including putting the welfare of soldiers ahead of his own. He has carried that mindset into his 35-year-career in franchising.

White believes he will leave a legacy of integrity and tenacity. “In business and in life, there will always be tough times, you have to hang on and persevere,” he says.

What Food Franchises Does Shaquille O’Neal Own? 34861