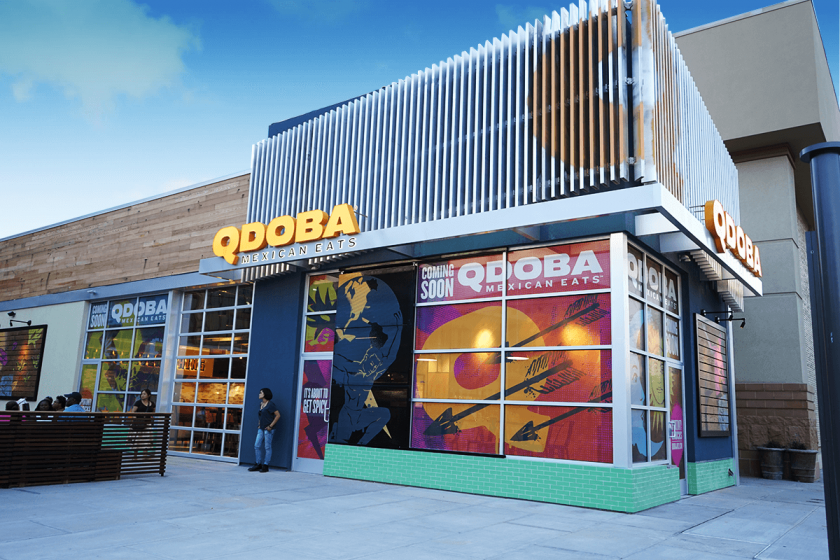 Modern Restaurant Concepts Will Be Parent to the 3 Brands; Butterfly Equity Acted as Dealmaker

Qdoba, a fast-casual Mexican restaurant franchise, will soon come under the same umbrella as Modern Market Eatery and Lemonade brands, creating a platform of nearly 800 total units. The private-equity firm Butterfly Equity announced that it made a deal with Apollo Funds to acquire Qdoba through a merger with Modern Restaurant Concepts, a fast-casual restaurant group made up of Modern Market Eatery and Lemonade. The investment firm King Street Capital Management joins Butterfly Equity in investing in the endeavor.

A news release states that the Qdoba, Modern Market Eatery and Lemonade brands will move full-steam ahead on expansion with many franchised, licensed and company-operated restaurant openings in coming months and years. Modern Restaurant Concepts executives have speculated that the three brands could potentially operate a combined 3,000 units.

San Diego-based Qdoba has close to 750 U.S. sites in 24 states and the District of Columbia – 450 of them franchises. Colorado, Michigan and Wisconsin have the most Qdoba restaurants within their borders. Modern Restaurant Concepts has restaurants in the United States, Canada and Puerto Rico.

Along with the merger announcement, Modern Restaurant Concepts disclosed that it has completed a new franchise deal that will lead to the opening of more than 40 Modern Market Eatery sites in seven states. (Earlier in 2022, Qdoba had announced a massive multi-unit deal and stated that it will have about 300 franchise locations launching by 2027.)

The merger is expected to be finished by the third quarter of this year. Terms of the transaction were not disclosed.

Executives React to the Merger

Adam Waglay, co-founder and co-CEO of Butterfly, said the trio of restaurants will “form one of the leading next-generation restaurant platforms.” Waglay added that “these brands are incredibly positioned for the future with craveable food, flexible and affordable menu choices, and a powerful off-premise offering.”

Keith Guilbault, Qdoba’s CEO at present, will become co-CEO of Modern Restaurant Concepts. Speaking on behalf of Qdoba, Guilbault said he believes “we’ve only scratched the surface of Qdoba’s potential to date, and Butterfly’s food focus will strengthen our ability to grow and deliver great food to our loyal customers.”

Rob McColgan currently serves as CEO of Modern Restaurant Concepts and will become co-CEO with Guilbault upon completion of the merger. McColgan expressed the belief that “together we can build something truly differentiated in the restaurant space.”

Here’s a snapshot of the three California-based restaurants bring brought under the Modern Restaurant Concepts umbrella:

About the Private Equity Firms

Founded in 2016, Los Angeles-based Butterfly Equity invests widely across the food sector, with stakes in agriculture, aquaculture, foods, beverages, food distribution and foodservice. It takes an operations-focused and technology-driven approach to generating profits.

Since 1995 King Street Capital has invested in public and private markets. It has about $22 billion in assets. King Street drills down deeply in its research to identify diverse, worthwhile investment opportunities.

Asset manager Apollo Funds, founded in 1990, focuses on yield, hybrid and equity in its investing strategies. In the news release, Apollo stated that it provides “innovative capital solutions for growth.”