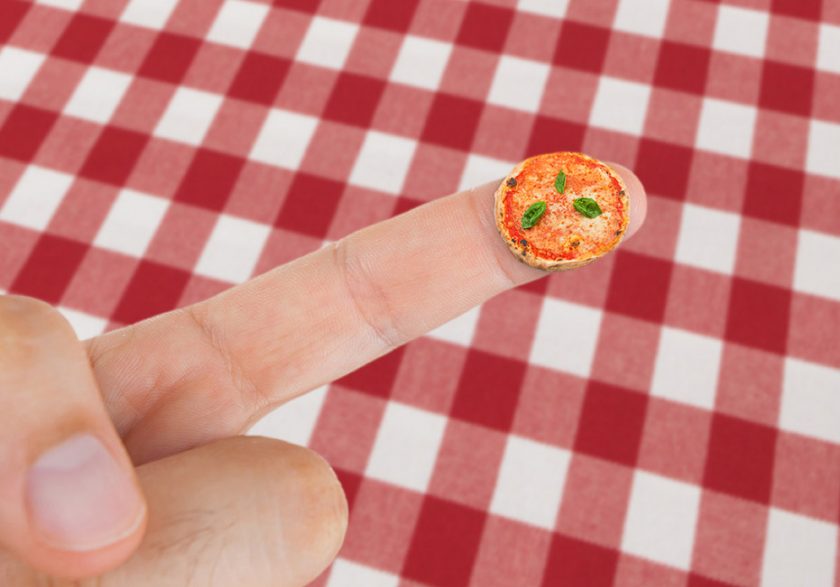 With Inflation at Historic Highs, Some Franchise Companies are Using an Alternative to Price Increases to Avoid Scaring Off Customers

If you have gone to a fast-food franchise recently, you may have noticed a disturbing trend: the prices are going up. From takeout burgers, to pizza or chicken nuggets, inflation is making a big impact.

In response to a four-decade high in America’s inflation rate, some franchised and non-franchised companies alike have been playing a dirty trick on customers to avoid scaring them away with price increases. In economic terms, it’s called shrinkflation. But what exactly is shrinkflation? This phenomenon occurs when corporations charge the same price for an item while providing less of it. You can say that shrinkflation is the fad diet that nobody wants to try.

Although some food franchises have figured out how to manage inflation, others have gone the route of shrinkflation. If you have ordered pizza or wings from the Domino’s franchise, for example, you may have noticed that you are paying similar prices for less food. Less than a day before the Consumer Price Index reported its highest reading since 1982, the fast-food franchise’s CEO Ritch Allison, who plans to retire, said they would reduce the number of chicken wings in its $7.99 deal from 10 to eight.

Additionally, Domino’s plans to eliminate its $7.99 pizza deal for call-in orders. Customers will have to order online to get this deal. This plan comes amid labor shortages and food-cost increases of 8%–10%. But in reality, shrinkflation isn’t enough to eliminate higher prices, as price hikes are unavoidable during periods of high inflation. According to an S&P Global Market Intelligence poll, 52% of U.S. businesses expect the prices of their products to continue rising in 2022, while only 3% expect them to go down.

Another franchise that has been impacted by shrinkflation is Chick-Fil-A. In addition to making some basic tweaks to its menu, such as eliminating its breakfast bagel, the brand is also consolidating the sizes of some menu items. For example, the chain basically eliminated the larger sizes of specialty drinks, like iced coffee, milkshakes, and frosted drinks. What was once a small, 16-ounce order of a strawberry milkshake or a frosted coffee is now the only size available to customers. According to customers, some locations allegedly charged the price of large drinks for these smaller offerings. The company acknowledged the price hike but says it’s inaccurate to say that a small milkshake is the same price as a large milkshake. Still, these agitated customers have taken to social media platforms, like Reddit and Facebook, to voice their complaints.

The fast-food franchise claims the reason behind the trimming of menu options is to make it more manageable for the staff. “Streamlining our menu will allow us to continue providing our customers the quality food and service they’ve come to expect, as well as make room for new future menu items,” according to a company statement. The fast-food franchise’s Nuggets Kid’s Meal, which used to come with four or six pieces of chicken, will now only have five pieces.

But Chick-Fil-A isn’t the only  fast-food chain tweaking its menu and prices. Burger King recently announced that it is eliminating its two-for-$5 Whopper deal off its discount menu. Restaurant Brands Chief Executive Officer Jose Cil told Reuters that the item had “been on this core discount platform for too long.” The brand might eliminate items like its chicken sandwich, according to Restaurant Business Online.

In addition to labor shortages and increased chicken prices, the brand hasn’t had as much success in the ‘Chicken Wars’ as they had hoped. Customers can also see price increases at fast-food franchises like McDonald’s, Dunkin’ and Taco Bell.

Shrinkflation is not just happening in the franchise industry. It can also be seen in the everyday items sold at grocery or convenience stores. For example, shrinkflation has sucked the fun out of Milkyway’s “fun-sized bars,” which has shed three-quarters of an ounce per bag. Additionally, headache medications like Aleve have also been impacted. Its 100-caplet bottles now consist of 90 caplets, which is a 10%  reduction.

Household items like detergent and toothpaste are also not immune to shrinkflation. For example, according to Consumer World’s Mouse Print service, Crest’s 3D White Toothpaste has decreased in size from 4.1 oz to 3.8 oz.

While shrinkflation’s impacts may seem as subtle as changing the weight of a candy bar, the economic phenomenon only emphasizes deeper issues, such as labor shortages and supply chain issues, that must be fixed. Time will only tell how long it will last.