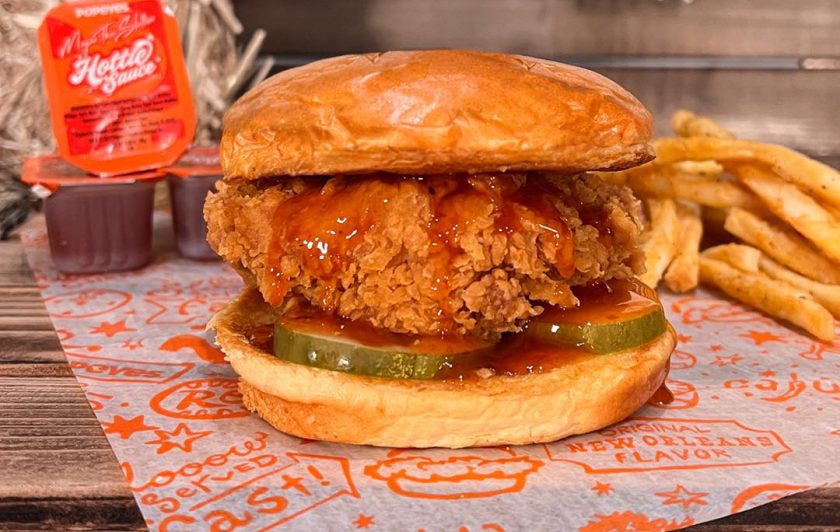 The ‘Chicken Wars’ May Help Us Find Out Which Chicken Franchise is the Best. But, the Answer Might Have Less to Do With the Food and More with Social Media Marketing.

A massive trend in the fast-food industry right now is the ‘Chicken Wars.’ This feud is the not-so-friendly competition between the major fast-food brands from McDonald’s, Burger King, Wendy’s, Chick-fil-A, and Popeyes to determine which chicken franchise is the best.

The coverage of the so-called ‘Chicken Wars’ can be attributed to Popeyes’ successful fried chicken sandwich, which debuted in August 2019. Popeyes chief marketing officer, Bruno Cardinali, was surprised at the sandwich’s success and announced on social media that there was one tweet about Popeyes every second for the two weeks following the sandwich’s launch.

Not only did the sandwich sell out within two weeks of its launch, but Popeyes’ store traffic doubled with an average of 1,000 sandwiches purchased per store per day. In response to Popeyes’ success, Chick-fil-A sent a subtweet to the company. Wendy’s followed up with a “clap back,” which became synonymous with the brand.

McDonald’s, the world’s largest fast-food franchise, even had to admit that Popeyes’ sandwich was impacting its bottom line. But the ‘Chicken Wars’ didn’t start overnight.

The numbers are in, and chicken consumption has been steadily increasing. According to Altin Kalo, an economist at Steiner Consulting, chicken consumption in the U.S. has risen 16.6 percent per capita since 2010. Comparatively, beef consumption has declined by 2.5%. Experts can trace thoughts of chicken as a healthy alternative to beef back to the 1980s. Fast forward to today, and chicken eaters are getting their fill at various fast-food restaurants. The chicken restaurant industry has flourished as a result. For example, Chick-fil-A is in the top three fast-food chains in the U.S. Even lesser-known brands like Zaxby’s and Raising Cane’s have experienced sales and unit growth in recent years.

McDonald’s had also pushed for a competitive sandwich before Popeyes released theirs in 2019. While Popeyes may not have started the ‘Chicken Wars,’ they can certainly take massive credit for putting chicken sandwiches to the top of many fast food chains’ menus.

The formula of “crispy chicken + fluffy bun + briny topping + creamy/ spicy sauce” is proving to be effective. Popeyes’ chicken is very similar to Chick-fil-A’s signature chicken sandwich. Additionally, McDonald’s has a similar formula of chicken, bun, pickle, and sauce in classic, deluxe, and crispy styles. KFC’s Best Chicken Sandwich Ever and Burger King’s Hand-Breaded Crispy Chicken sandwich also follow a similar pattern. But the big brands are coming up with innovative takes on the chicken sandwich, like Taco Bell’s Crispy Chicken Sandwich Taco, a taco-sandwich hybrid served with jalapenos instead of pickles.

Another reason why chicken sandwiches may not be as popular as they could’ve been is that the sandwich is usually relegated to the value menu. This may cause the item to be perceived as inferior to the burgers on the main menu.

Celebrities are cashing in on the popularity of chicken. NBA legend Shaquille O’Neal recently purchased and became a majority owner of Big Chicken. The Las Vegas-based business has standalone sites and plans to expand in the U.S. and Canada.

O’Neal has said in the past that Big Chicken is a big dream for him. He has even starred in several Facebook videos for the brand. “When I was growing up, my mother stressed education, having things to fall back on, and following your dreams,” he told nrn.com. “I always wanted to own franchises. I remember me and [fellow NBA star] Magic Johnson, when I was 18, said, ‘It’s OK to be famous, but at some point, you want to start owning businesses.’” O’Neal’s past franchise ventures include ownership of Krispy Kremes and serving on the board of Papa John’s. Due to increased chicken consumption and the popularity of the ‘Chicken Wars,’ Big Chicken will likely benefit from the feud.

Which Chicken Franchise is the Best?

If you’re considering investing in a chicken franchise or any food franchise for that matter, there are tons of options. The benefits of owning a chicken franchise include high demand, a fun environment, and brand recognition. But don’t count your chickens before they’re hatched… Before buying a franchise, speak with a franchise consultant, who will look at your experience, skills, and finances to determine if franchising is right for you. It’s up to you whether or not you take the plunge into this billion-dollar industry.

What Food Franchises Does Shaquille O’Neal Own? 40021