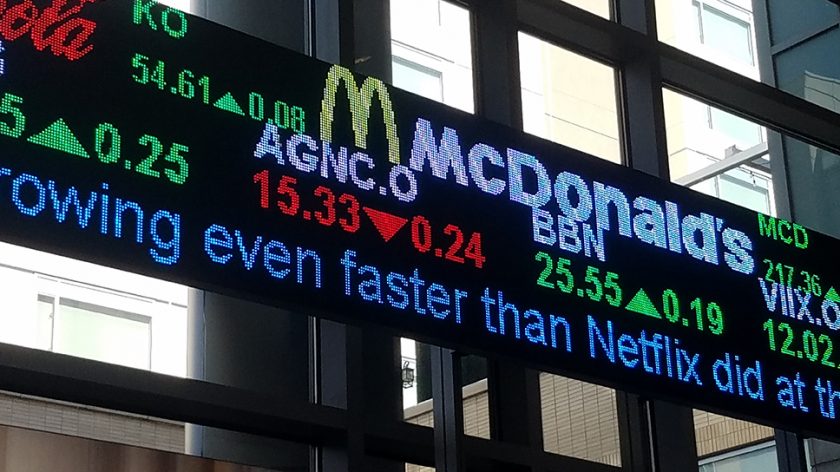 What if you’re enamored of the franchising business model but not ready – or maybe not financially able – to go all in? Perhaps you might consider buying stock in a publicly traded franchise company. Many have proved themselves to be excellent investments over the years.

To find a promising performer, you should plan to do your due diligence, of course. Some ways to take a company’s temperature include checking recent news about your potential target stock or stocks, looking up annual rankings of franchises in publications such as Entrepreneur magazine, following a candidate’s performance in stock tables, and discussing stock positions with your financial adviser. Listed in alphabetical order below are a few publicly traded franchise companies to consider.

European Wax Center Inc., which has announced aggressive growth plans, made its initial public offering (IPO) trading at $17 per share in early August 2021. It raised $180 million to fund an expansion from just over 800 locations this summer to 3,000 by the year 2036. Expect to spend about $28 per share if the recent price holds. The company was established in 2004 and began franchising in 2008.

First Watch, a breakfast, brunch and lunch restaurant, is expected to launch its IPO next week, according to media reports. The IPO could raise up to $218 million in two phases. It reportedly will offer 9.5 million shares at about $17 to $20 apiece, raising about $190 million for First Watch Restaurant Group Inc. It also would separately give underwriters an option to buy 1.4 million more shares, perhaps fetching $28 million. The company has been serving omelets, pancakes, sandwiches and more since 1983.

A granddaddy among publicly traded franchise companies, McDonald’s has been a solid performer over the decades. Since going public in April 1965, the fast-food titan has executed 13 stock splits – an investor’s best friend. Shares currently cost about $245 per share. If you had bought in during the IPO, the offering price was $22.50 per share.

Founded in 1992, Planet Fitness took some knocks during the pandemic but has rebounded nicely. You should plan to spend approximately $80 to purchase a share. The company went public in August 2015 with a price of $16 per share. Planet Fitness began franchising in 2003.

If you’re looking for a company with a long, long track record, Snap-on Tools might be your baby. It was founded in 1920. Snap-on Tools’ common stock was first traded on the New York Stock Exchange in February 1978. (Before that, the stock was sold over the counter.) In 1990, the same year Snap-on Tools began franchising, the stock price averaged around $17.60 per share. But those days are long gone. You’ll have to pony up around $215 now.

Like most restaurants, Wingstop has faced adversity during the pandemic, but lately its stock price has been holding steady. Expect to spend around $180 for a share. When the company went public in 2015, a share would have set you back $19. The company was founded in 1994 and has been franchising since 1997.

Xponential Fitness became a publicly traded franchise company this summer. The franchise operates nine boutique fitness brands, including Club Pilates, Row House, StretchLab and CycleBar, with more than 1,750 specialized fitness studios. A share will cost you about $11.50. When it debuted on the New York Stock Exchange in July of this year, a share was $12

What Food Franchises Does Shaquille O’Neal Own? 34846