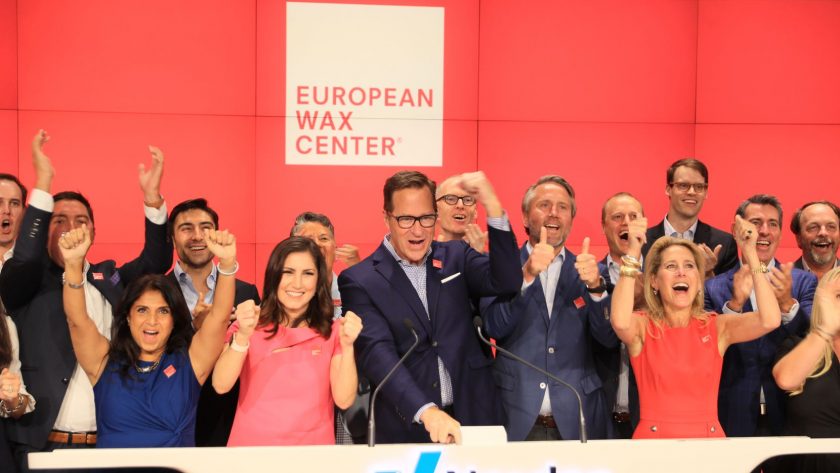 Funds will be used to expand the waxing franchise from 808 locations to 3,000 over next 15 years

Through its initial public offering in early August, European Wax Center Inc. has raised $180 million to fund ambitious expansion during the next 15 years. Shares of the franchised waxing brand began trading at $17, which represents the high area of the $15-to-$18 range that analysts had expected.

The corporation, based in the Dallas suburb of Plano, Texas, posted $486 million in revenue last year despite the pandemic. The franchisor has 808 locations throughout the United States and reported 13 million waxes in 2020, down from 21 million in 2019, which of course was before the Covid-19 pandemic ravaged businesses that require in-person services.

Using capital from the IPO, European Wax Center has plans to expand to the tune of 60 and 80 locations added annually over the next 15 years to achieve its goal of 3,000 wax centers.

In a filing with the Securities and Exchange Commission, the company tempered its financial projections somewhat. “Services are typically in higher demand in periods up to holidays and the summer season,” the filing stated. “The resulting demand trend yields higher system-wide sales in the second and fourth quarter of our fiscal year.” CEO David Berg told The Dallas Morning News that European Wax Center had not seen a drop in business despite the recent surge in the highly infectious Covid-19 Delta variant, however.

About four months ago, European Wax Center made news with the announcement it was launching a dermatologist-tested line of 30 at-home pre- and post-wax products that enhance the effectiveness of the company’s hair-minimizing and removal processes. The new products treat bumps and breakouts and slow the regrowth of hair, and one of the products also builds a lasting tan as well as slowing hair regrowth. European Wax Center also offers products designed to firm, moisturize and brighten skin as well as build thicker eyebrows.

What Food Franchises Does Shaquille O’Neal Own? 39527

Why is Chick-fil-A Better Than McDonald’s? 6381