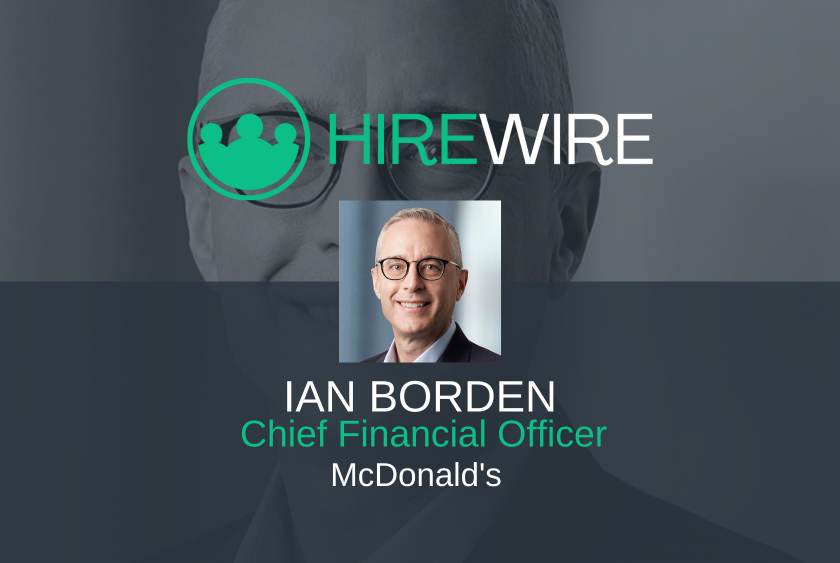 The Fast-Food Giant is Currently Revamping Its U.S. Franchise System and Battling Inflation

Ian Borden’s promotion to chief financial officer of McDonald’s comes as the fast-food giant works to manage high inflation rates and revamp its U.S. franchise system. His promotion will take effect Sept. 1. Current CFO Kevin Ozan will become senior executive vice president of strategic initiatives; he plans to retire next year after more than 25 years with the corporation.

Until the promotion takes effect, Borden will stay in his role as president of McDonald’s international operations. In that position, he leads 80-plus markets across the globe including Africa, the Middle East and Asia-Pacific. One of Borden’s claims to fame is that he has eaten double cheeseburgers in more than 80 countries.

As CFO, Borden will focus on growing new McDonald’s franchise units and allocating capital. According to a recent report in The Wall Street Journal, Borden told investors that McDonald’s Corp. is studying the impact of its restaurants’ price increases and plans “to do more frequent increases but at smaller levels.”

The Journal also reported that McDonald’s franchisees will undergo a more rigorous review process every 20 years in order to continue operating their restaurants. In addition, franchisees will be assessed based on customer complaints and other factors before they’ll be allowed to add McDonald’s locations to their portfolios, that report stated. Franchisees operate about 95% of the company’s U.S. restaurants.

Analysts at financial-services firm Robert W. Baird & Co believe that Borden is the logical successor to Ozan, according to reports. In addition to leadership roles at McDonald’s, including vice president and CFO of McDonald’s Russia and Eastern Europe, Borden served as chairman of the board of the American Chamber of Commerce in Ukraine. He was also a member of the board of governors at Pechersk International School in Kyiv, Ukraine.

Borden is a chartered professional accountant and holds a bachelor’s degree in accounting from the University of Waterloo in Canada.

In another internal move, McDonald’s has announced that its global chief supply-chain officer, Francesca DeBiase, is retiring. Her position will be filled by Marion Gross, the senior vice president and chief supply chain officer of the corporation’s North American market. Katie Fallon, the company’s first chief global impact officer, is also leaving. So far McDonald’s has not announced a successor for Fallon.