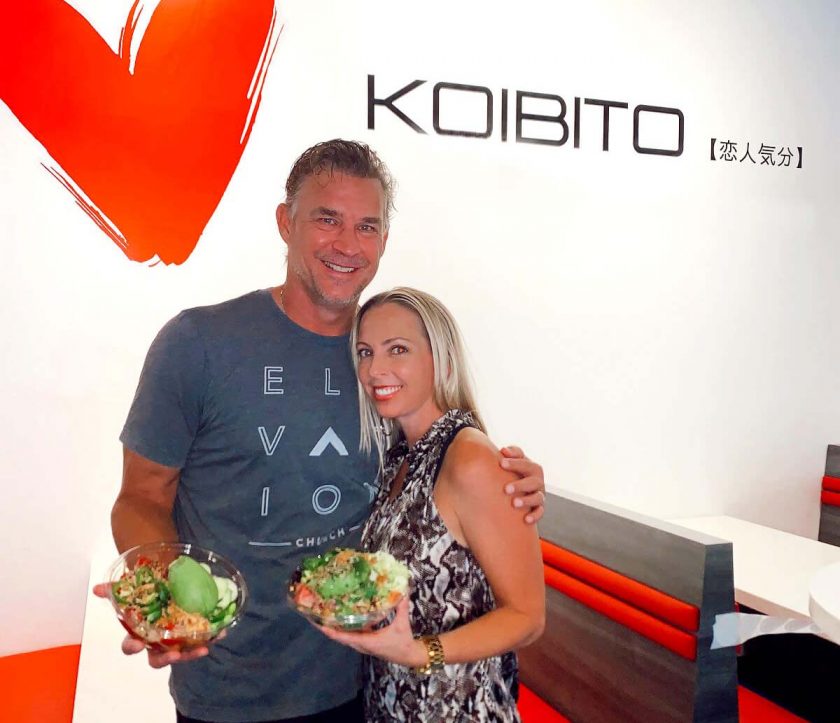 Stottlemyre, who pitched for three World Series championship teams, said in a news release about the deal that “winning in any endeavor is difficult. Who you pick as your teammates will always determine your level of success. In this case, I truly believe this exciting new initiative will be an integral step in building our all-star team. After spending a year looking for the right development partner, we are very pleased to engage with a group with such a proven track record for success.”

This deal aligns KOIBITO POKĒ with a seasoned franchise development group that recently completed a 160-store expansion of a fast-casual dessert restaurant franchise and was wanting to collaborate in development in the rising poke dining space. True Capital Partners spokesman Adam Daniel said his company had “been searching for a restaurant concept which could be a real success story, and we are convinced that KOIBITO POKĒ was the absolute best-positioned brand to dominate the national space going forward.” One reason that True Capital Partners sought out KOIBITO POKĒ was because of its overwhelming popularity with customers, the news release said.

Daniel added that his company’s team saw other advantages to aligning itself with KOIBITO POKĒ. “Our team had been searching for a dining concept that has dealt with the three huge barriers that are devastating the restaurant industry today: labor shortages, food cost inflation and rent [cost of location]. KOIBITO provided the perfect solution to all those barriers of entry, so we immediately committed our resources into development and are looking forward to massive success with Todd and his team. We’re very confident that we will attract experienced and successful franchise developers from around the country to be part of this new and exciting expansion.”

In addition to this new franchise sales agreement, KOIBITO POKĒ leaders have stated that they also intend to focus their expansion efforts throughout Arizona, Colorado, Nevada, New Mexico and Utah. The company currently has four Arizona locations.

Athletes who own franchises

Stottlemyre is not the only professional athlete turned entrepreneur. The entrepreneurial bug has spanned athletes from most every professional sport, including football, basketball and more. NBA great Shaquille O’Neal is a majority partner in Big Chicken, a newly franchised fast-food brand. He also has an interest in several other fast-food franchises including Auntie Annie’s and Krispy Kreme. Former National Football League star quarterback Peyton Manning owned 31 Denver-area Papa John’s Pizza sites from 2012 until 2018. PGA pro Phil Mickelson owns several Five Guys franchises in Orange County, Calif. And the list goes on and on.

So why are athletes drawn to franchising? These athletic greats retire at a young age with money to invest. Franchising fast tracks investors into business ownership with no experience necessary. It allows them to become part of a proven system and leverage the franchise model to earn income, build wealth and equity. Thanks to franchising, professional athletes have another opportunity to be part of a winning team, but this time off the field.