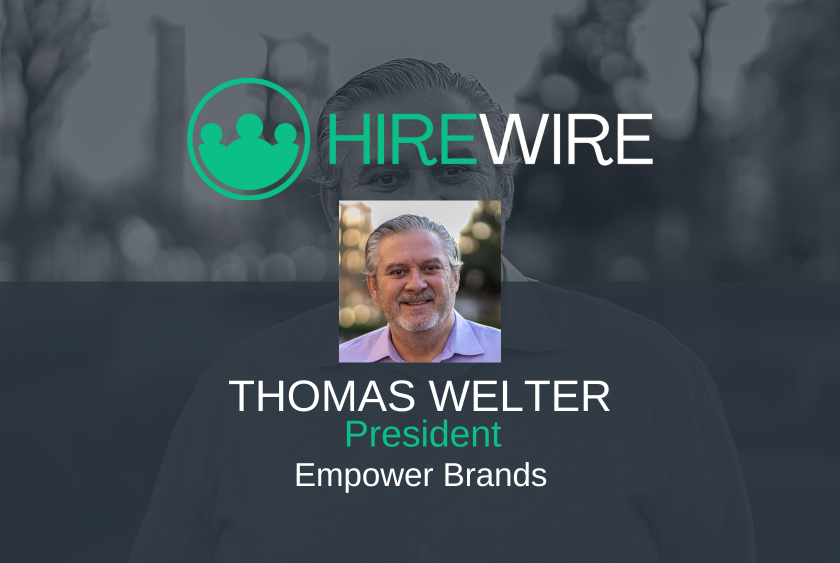 “The company’s culture, values, and future plans excite me as a leader. We are a company of go-getters and creators that strive to provide new and innovative ways to support our franchisees. My goal is to support our team as we define more efficient and scalable ways to provide education and support. The growth potential is exponential,” Welter said.

With this announcement, Welter replaces Scott Zide, who transitioned to CEO. As Welter spoke with Zide about joining the newly-formed corporate umbrella, “it was clear that we had the same franchisee-first mentality and the dedication to team development. The cultural fit was clear with respect to how I lead.”

Zide is thrilled to have Welter on board. “With more than 30 years of leadership experience in franchise operations, Tom is poised to further accelerate our growth as we continue into this new chapter as Empower Brands. He has a reputation for building and growing some of the most successful organizations in the franchising space, and has deep experience with team development and strategy management.”

To Welter, Empower Brands will positively impact the future of franchising. “Franchising is built on relationships; unfortunately, some organizations lose sight of that. Our support model is built on those relationships – we are committed to providing franchisees with the winning playbook, dedicated personal support, and the right resources to own and drive long-term success.”

Welter got his start in franchising with PepsiCo, working with 30 of its corporate-owned Taco Bell locations in southern California. “That position evolved, and ultimately, I was responsible for 325 franchise stores and 125 corporate-owned locations. It illustrated the unique relationship between franchisor and franchisee and the impact that a strong franchise team can make on its franchisees.” That franchisee-first mindset stuck with him and is fundamental to his approach to championing franchisees.