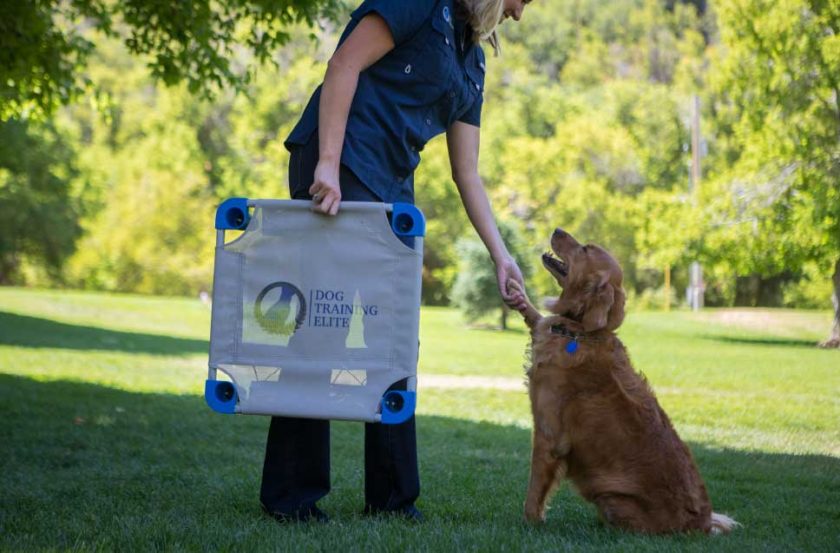 Former sales executive Bob Wiegand is starting a new chapter as a Dog Training Elite Franchise Owner. Wiegand’s story is very relatable. Tired of the corporate grind, he found a new path through franchise ownership. He was able to parlay his business acumen and passion for pets into his own business.

While Wiegand is experienced in sales, he has never worked in the pet industry before. “I’ve been in sales most of my adult life since probably the age of twenty,” Wiegand says, “I have sold cars and billboard advertising.” He found that working with a franchise was extremely beneficial since he didn’t have a background in dog training. “Dog Training Elite offers support and an established name that Franchise Owners simply can’t get by starting a business from scratch.”

Many Dog Training Elite Franchise Owners chose the brand because they were burnt out in their careers. For Wiegand, leaving his career and getting into a franchise was a no-brainer — especially in the wake of the COVID-19 pandemic. “A lot of people are tired of the corporate world and working for ‘the man’ if you will,” said Wiegand, “And during COVID, billboard advertising took a dive as people weren’t driving as much. So, a year ago in January, I joined a networking group. One of the guys in the group mentioned that his father owns a franchise brokerage. So, I reached out and we started chatting. We came up with a game plan. I wanted to try and keep my job at the billboard company and be a semi-absentee owner. He came up with four franchises and Dog Training Elite was one of them. And the more I looked at it, it just checked all the boxes.”

To completely dedicate himself to his new franchise, Wiegand eventually quit his sales job, which allowed him to dedicate more hours to running a successful business. When asked what swayed Wiegand in Dog Training Elite’s direction, he noted the company’s transparency and support.

“During the discovery process with Dog Training Elite, I participated in three zoom calls, where I asked current Franchise Owners questions. The support from DTE is probably the biggest thing. They’re there for you at every step. Their knowledge is amazing, starting with Dog Training Elite’s founder, John Mestas. He has impressive forty-plus years of training dogs. I am excited to carry on the DTE name in Omaha,” he says. In his free time, Wiegand enjoys riding his Harley Davidson motorcycle and playing golf with friends. And, naturally, he’s a dog lover.

Wiegand and his team have created a very successful and innovative positive dog training program in Omaha. He enjoys helping his clients and their dogs work together to build strong ties and long-term obedience. “Training takes time, commitment, and balance,” Wiegand says. “Dog Training Elite Omaha differs from other training programs in that personnel are there at all times to assist pet owners and their dogs in achieving long-term, deep-rooted obedience.”

Wiegand’s dog training services in Omaha are tailored to each client and are meant to teach customers how to train their dogs in the comfort of their own homes as well as in small groups. Wiegand feels that empowering pet owners to be a part of the training process is critical to long-term success with obedience and training. “Most training programs require little to no participation from pet owners, but once the dog goes home, practically all the progress is undone, leaving pet owners feeling just as helpless as before,” he says.

The love Wiegand and his employees have for dogs and for providing excellent service set them apart from other dog training facilities in Omaha. Wiegand’s team of local dog trainers are dependable, eager to help clients, and enthusiastic about what they do. In keeping with Dog Training Elite’s purpose, Wiegand plans to create a community for his clients that shares his passion for dogs.

Dog Training Elite is a great low-cost option for starting a dog training business. Not only does the franchise have a minimal investment, but it also has low overhead since it’s home-based. Visit Dog Training Elite’s Franchise Information page to learn more.

Tyler Woodard
Tyler Woodard has more than a decade of connecting individuals to life-changing opportunities. He has spent the last year immersed in the world of franchising as a Development Manager for Raintree a Denver-based franchise development agency. Fun fact about Tyler is that he has a two-colored eye, and when not on calls with customers, he enjoys all the activities the Rocky Mountains have to offer and drinking craft beer with his dog. Connect with him on Linkedin!