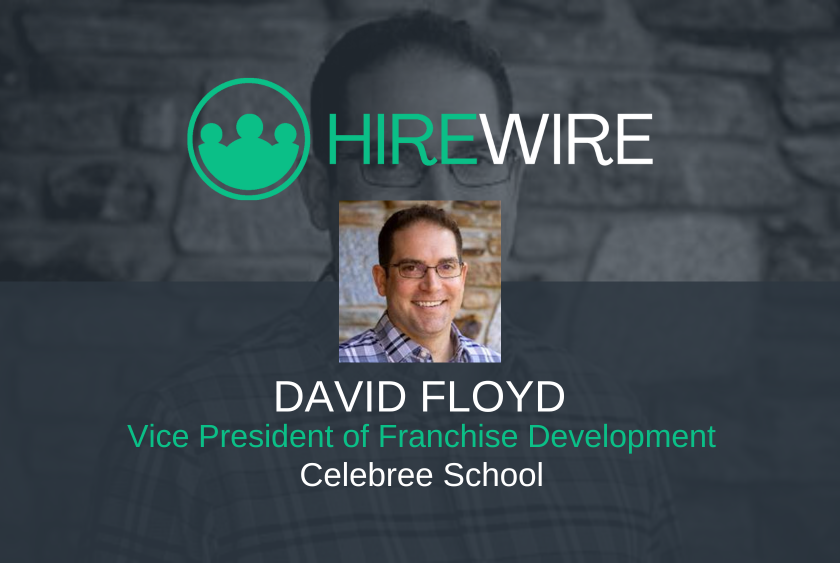 Celebree School, an early education franchise, appointed David Floyd vice president of franchise development. Floyd will be responsible for the brand’s growth. He brings more than a decade of franchise experience to the role and is currently a franchisee with 18/8 Fine Men’s Salons. He recently served as development director for FranDevCo, a leading franchise sales organization.

Floyd is excited to grow Celebree into a national brand and household name. “I’m also looking forward to playing a role in changing the lives of franchisees through owning a Celebree franchise.”

He was attracted to Celebree because of its leadership team, culture, and successful track record. “It’s very rare in franchising that you have an emerging franchise brand with 25-plus years of experience. Celebree is able to offer the benefits of an emerging franchise brand (A+ markets and locations, a family feel and individualized support) and combine it with the systems and support infrastructure of a mature franchise system.”

Celebree’s leadership team believes that Floyd will continue the educational franchise’s national expansion. “We’ve grown a lot this past year, and my plan is to stay on this trajectory so we can reach our development goal. With his franchise background and being a franchisee himself, David will be a great addition to our team as we step into this next era of growth,” said Richard Huffman, founder and CEO of Celebree School.

From Corporate Employee to Franchise Owner

Floyd spent the early years of his career working in IT and finance in corporate America. “Like many, I was unfulfilled, unhappy, and looking for more control over my future. I’ve always had an entrepreneurial mindset and the desire to build my own business, so I looked into franchising. It was an attractive opportunity for me because it provided a support structure and a road map to success.”

Although he was successful in the corporate world, starting a business was completely new. “Franchising gave me the confidence to take my first step into business ownership – if I was given a plan, I knew I could execute it. I bought my first franchise 12 years ago in the home services space [The Cleaning Authority], and a second franchise five years later in the service industry.”

While building those businesses was hard work, Floyd said that franchising changed his life for the better. Franchise development allows him to leverage his experience as prospects explore franchising.

Floyd urges prospective franchisees to consider their motivation before going all-in. “Is it more control over their future? Financial security? Is it to break free from corporate America? Are they looking to make a positive impact in their communities or build a legacy? Once you determine what that end-goal looks like for you, it’s easier to find a franchise that will help you reach your goals.” Floyd added that prospects should do their homework and research franchise brands’ values, goals, and leadership team.

To make the development process as straightforward as possible, franchisors should lay out what the development journey looks like and set mutual expectations, Floyd said. “At the conclusion of this journey, both the franchisee and franchisor should be able to make an informed decision about whether or not it makes sense to become business partners.”