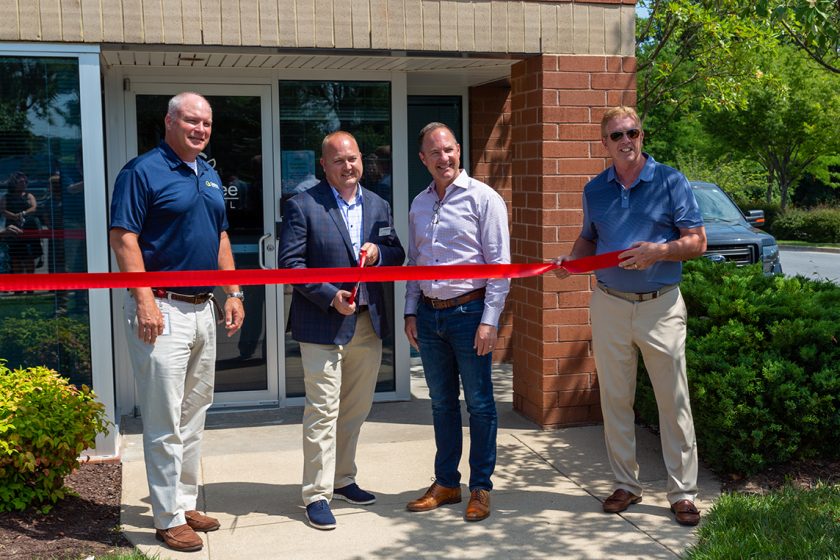 Company Culture was a Key Selling Point for Franchisee

Celebree School, which offers infant and toddler care, preschool, before- and after-school care, and summer camps, has opened its first franchise location in Glen Burnie, Md. Founded in 1994, Celebree School began franchising in 2019 and now has 26 corporate locations and 39 franchise licenses in development. The company has a goal of 100 new schools by 2025.

First-time franchisee Jason Skidmore says that his Glen Burnie school means more than a business opportunity for him. “I didn’t have access to the best education growing up. That experience fueled me to champion a quality education for my own family and others in the Glen Burnie community,” he says. “I was drawn to the company’s inspirational culture and the ability to have a positive impact on a child’s early education to ensure children are in a supportive, nurturing and safe learning environment.”

Skidmore plans to be hands-on in the operation of the new school. “I will be very involved in the daily oversight, spending three to four hours on-site with the school director and assistant director daily.” Very bullish on opportunities through Celebree School, he has bought two other locations.

Richard Huffman, founder and CEO of Celebree School, calls Skidmore “the perfect franchisee to drive our mission forward.” Huffman says his company helps “entrepreneurs like Jason Skidmore dive into the child care business while making a great impact on their communities. The opening of Jason’s school, our first franchise location, brings me immense pride and joy.”

Skidmore also owns Hart to Heart Transportation, which provides specialty care transport, paratransit and ambulance services in Maryland and Delaware. He has held positions in the health care industry before investing in the Celebree School franchise system. In this new quest, Skidmore looks forward to partnering with Celebree corporate to share ideas and feedback to enhance the start-up process for new franchisees. “Celebree of Glen Burnie is thrilled we could have a small role in paving the path forward for other franchise owners,” he says.

Celebree School’s philosophy is that successful early childhood development is equal parts curriculum and a connection that extends beyond the classroom to address the needs of the whole child and family. Celebree School emphasizes parental engagement. Community involvement is a staple of Celebree School’s business plan.

Celebree School’s curriculum is flexible enough that it can be easily tailored to adhere to each state’s early education standards. The company has a proprietary curriculum for both infant and school-age children’s programs. Everyone in Celebree School’s franchise system is required to have continuous training and staff development, and each classroom educator is trained to cultivate youngsters’ well-being, curiosity and social skills. The franchise sets stringent safety protocols.