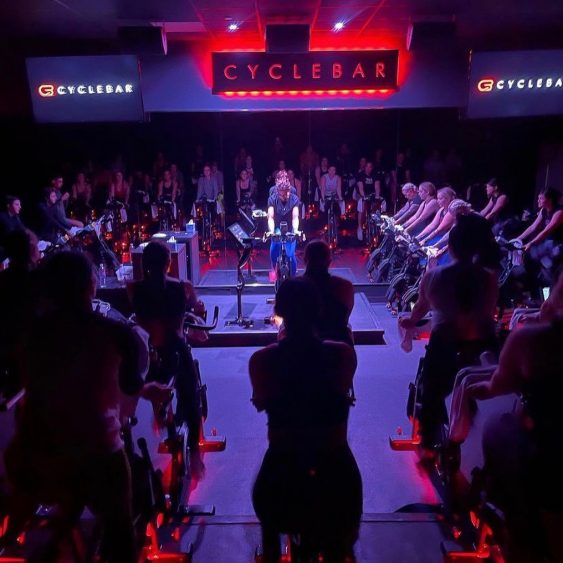 Xponential Fitness Inc., a franchisor of boutique fitness brands, has signed a master franchise agreement in Japan for its CycleBar brand. The new agreement enables the master franchisee to license 30 or more of the indoor cycling studios in the Far Eastern nation during the next decade, with the first opening next year.

Founded in 2004, CycleBar’s CycleTheaters offer several types of low-impact, high-intensity cycling workouts – each of them led by trained instructors – that suit a broad range of customer fitness levels. The workouts, with customer efforts tracked, are enhanced by high-energy music playlists.

About the CycleBar Master Franchisee

The new CycleBar master franchisee, Naoki Shimabukuro, already was a Club Pilates master franchisee for Xponential in Japan. Cemented in 2019, that deal enabled the opening of dozens of Club Pilates locations in the island nation.­­­­ Eight are currently operational, and several more are scheduled to debut by the end of this year.

Shimabukuro, CEO of Club Pilates Japan Co. Ltd., is a big-time entrepreneur. He founded Idealink Corp., an internet media and franchise marketing agency, before becoming a master franchisee for Irvine, Calif.-based Xponential. He also is well-known in franchise industry circles for organizing the 2016 International Franchise Expo in Tokyo.

In a news release about the CycleBar deal, Shimabukuro pronounced the timing as “excellent for us to bring the immersive experience of CycleBar to Japan.” He elaborated that customers there have shown a rising commitment to their health while seeking innovative fitness programs. “Our team’s goal is to build CycleBar and Club Pilates into the most recognized and popular boutique fitness brands in Japan.”

John Kersh, chief international development officer of Xponential Fitness, said, “Japan is among the world’s top-10 fitness markets, and we are confident that CycleBar will become one of the country’s top boutique fitness brands under Naoki’s leadership. His early success with Club Pilates is a testament to the growing enthusiasm for boutique fitness from Japanese consumers.”

CycleBar, which was founded in 2004, made Entrepreneur magazine’s Franchise 500 rankings of fastest-growing franchises for four consecutive years. Inc. magazine tapped the brand for its Inc. 5000 list in 2020. During that same year, CycleBar signed a master franchise agreement for Australia and has six studios operating there at present. The Australia deal marked CycleBar’s first venture outside North America. That agreement was later amended to add New Zealand, with studios in that island nation opening next year.

Xponential Fitness had its debut on the New York Stock Exchange in July 2021 under the symbol “XPOF.” In addition to CycleBar and Club Pilates, Xponential Fitness brands include Pure Barre, StretchLab, Row House, YogaSix, AKT, Rumble, BFT and STRIDE. The umbrella franchisor recently made headlines by announcing master franchise agreements in Mexico for StretchLab, Rumble and AKT. All of its brands personalize workouts for customers.

In addition, Xponential Fitness has launched various studios in Dominican Republic, Saudi Arabia, Singapore, South Korea and Spain; locations are in the works in Austria, Germany and the United Kingdom, according to a May 2022 report in businesswire.com.