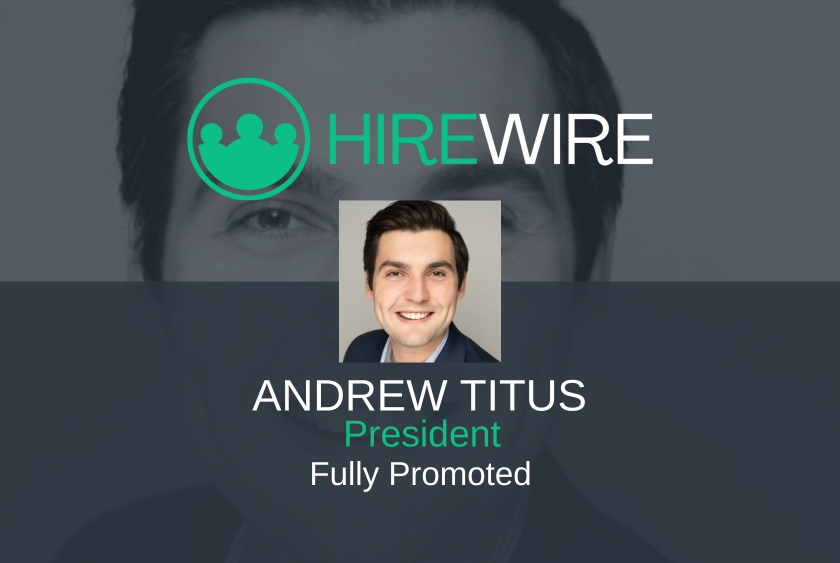 Titus will Oversee the Development of the Franchise Network

The United Franchise Group (UFG), a leading franchise development company, announced Andrew Titus as president of Fully Promoted. Fully Promoted is a one-stop shop for branded apparel and promotional products. With this new role, Titus will oversee the brand’s growth. He worked his way up the ranks at UFG and served in several roles, including executive vice president of development and regional vice president.

As UFG continues to grow, so does its leadership team. In addition to Titus, Cory Hibbard was recently promoted to president of Graze Craze. UFG CEO Ray Titus is excited for his son to make this big move in the company. “Andrew stepping into this role will take the brand to a whole other level. We’ve got a great team at Fully Promoted to support Andrew with this transition, and it makes me extremely proud to announce that Andrew Titus is the new President of Fully Promoted going into 2023!”

Andrew got his start in franchising at a young age working for local franchise owners of UFG. “My favorite aspect of the industry is being a part of making people successful business owners.”

Franchising has always been a family affair for Titus, who works with his father and has been mentored by other family members. “It has been incredible to work for my father. He is my biggest mentor in business and in life. I am thankful to have soaked in as much as I have from him and look forward to continuing to learn more from him each day. Not only every entrepreneur, but every businessperson should have a mentor.”

“Good mentors will see things in you that you won’t see yourself. They will give you confidence when you do something good, and they will call you out when you mess up. If it weren’t for mentors in my life like Michael White, Jim Butler, and my family members (A.J., Austin, Brady, Dustin, and Shane), I wouldn’t be where I am today,” said Titus.

In addition to mentorship, the Titus family believes in empowering entrepreneurs through education. This inspired the Titus Center for Franchising at Palm Beach Atlantic University. “You will only gain from an institution if you put the time into it. At the Titus Center for Franchising, we are doing a lot of awesome things. Guest speakers, case studies, and overall franchise enlightenment by franchise veteran John Hayes. However, entrepreneurs need to commit if they are to gain from it.”

Titus empathizes that hard work is the most important thing in franchising. “Surround yourself with people who are smarter than you, then listen to them. Celebrate when you are successful, then remember what got you there and repeat the same things again.”