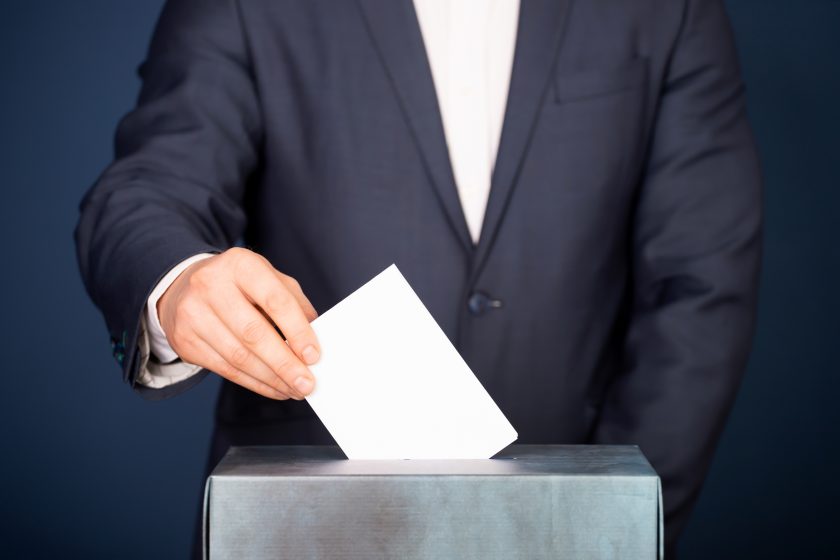 On Election Day 2022, Voters Make Their Voices Heard. Should Franchise Brands Do the Same by Taking Stances on Issues?

On Election Day 2022, millions of Americans will vote for the candidates that align closest with their values and opinions. But every day, we cast a different kind of vote with our wallets: a vote for a brand. One could argue that we cast a vote with every business we patronize.

With that in mind, franchisors should consider the image and values they portray. Many brands proudly promote a faith-based culture or a commitment to giving back, for instance. But what about political views? Should franchisors get political and take stances on the social issues of the day?

Brands have engaged in politics with both positive and negative consequences. Before voicing their opinions, franchisors should consider the pros and cons.

When Business Gets Political: Pros

Freedom of speech is a core American value. While every person can make a difference, think of the strength and resources behind a popular brand. For example, if a brand publicly supports environmental legislation and donates resources to charities while curbing its carbon footprint, there can be a huge impact. Also, those who agree with the brand may flock to it. This support can also start an important conversation that would have been more difficult to begin otherwise. Two-thirds of respondents of a Sprout Social study show that consumers care about brands that take a stance.

Survey after survey shows that millennials and Gen Zers enjoy when brands take a stance and are more likely to do business with them. According to a 2018 report from MNI Targeted Media, 50% of Gen Zers stated that a brand’s social consciousness influences their purchasing decisions. Additionally, 64% of millennials said that they would be more loyal to a company that helps them contribute to social and environmental issues, according to a 2016 Cone Communications Millennial CSR Study. The phenomenon of making feel-good purchases is known as cause-sumption.

A benefit of owning a franchise is that you can do good while making a good living. In addition to DEI initiatives, franchisors can make their business about more than just making a profit by voicing a political view. Brands can put their money where their mouth is and make positive societal changes regardless of how others feel about a particular stance. Before investing in a franchise, prospects should consider aligning with a brand that shares their values and not negatively impacting the brand’s image by being overtly against what the business stands for. For example, a faith-based franchisor might not be keen on discussing abortion issues.

When Business Gets Political: Cons

At times, taking a political stance can lead to boycotting a brand or product. Not only can boycotts lead to bad media coverage, but they can also lead to a hit in the company’s bottom line due to decreased sales. For example, Chick-fil-A faced boycotts and backlash for its donations to anti-LGBTQ charities.

While taking a political stance can actually help increase consumer loyalty with the brand’s core base, opponents may feel alienated and stop patronizing the business. Although young people are driven by social consciousness, a May 2017 report from the American Association of Advertising Agencies showed that 58% of consumers generally don’t like it when marketers get political with their messaging. On the business side, franchisees may not want to work with a brand that’s too political.

Distracts from the Business

While getting political can start important conversations and increase loyalty with some consumers, it can distract the business as a whole. Franchisors must decide how much they want to voice their opinions and how it will impact the product or service they’re selling.

Employees may feel uncomfortable discussing politics in the workplace. According to a 2019 survey by Clutch, only 28% of its 500 respondents believe that it’s important for company leadership to take a stance on issues. A 2018 Randstad survey of 800 respondents stated that less than half felt it was important to work for an employer that is outspoken about controversial issues. Private equity and large investors may steer clear of political brands, so that’s a consideration for franchisors who plan to sell.

Midterm Elections and Beyond

The midterm elections come every four years, but franchisors have to decide if getting political is worth it and how far they’re willing to go for what they believe in every day. Franchisors should consider these pros and cons of taking a political stance before making one.