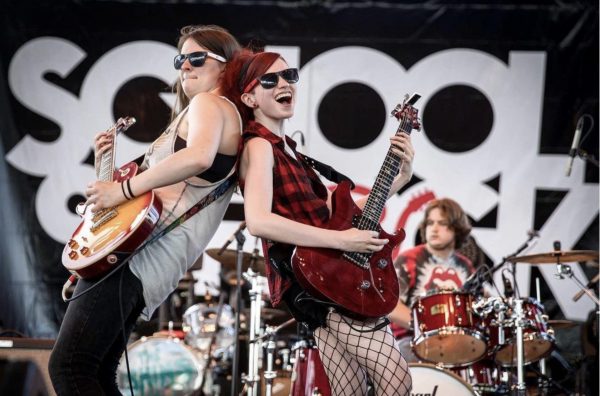 School of Rock, a global franchisor of performance-based music education, has established FrontWomen, a community resource group for female leaders, educators and professionals. The group serves as a vehicle for talking about and dealing with complex subjects regarding women in leadership roles. In a news release from the company, which franchises its patented after-school music programs, School of Rock stated that it hopes all of its partners and vendors embrace, support and participate in the new effort.

School of Rock employees from multiple countries attended the initial FrontWomen meeting, which was held virtually. Guest speakers in top executive positions have already been penciled in for future meetings, which are to be held quarterly.

In addition, a FrontWomen newsletter is being prepared. This quarterly publication will deliver a variety of valuable resources, websites, businesses and information about other women-propelled activities.

Bringing women’s voices to the fore is critical for business success.

FrontWomen was the brainchild of School of Rock Chief Operating Officer Stacey Ryan and the company’s directors of operations, Jill Livick and Nicole Canale. “Bringing women’s voices to the fore is critical for business success,” Ryan said. “Stepping into a senior leadership role reinforced a huge opportunity and sense of responsibility to rock the boat and make meaningful change.”

School of Rock CEO Rob Price expects FrontWomen to “have a profound impact. We are working to empower women on all fronts, including career development, creative expression and personal well-being.”

The company is steadily adding music by female artists to its curriculum, and its website recently has been emphasizing the accomplishments of women in the music industry. More online articles are planned as a way to highlight the significance of female musicians.

School of Rock offers students of all ages a stimulating, enjoyable way to learn and polish guitar, drum, bass, piano, vocal and other skills from diverse rock ’n’ roll genres. Lessons include drilling down into the techniques and theory of songs from the likes of Aretha Franklin, Led Zeppelin and Lenny Kravitz. By means of its performance-focused learning process, the School of Rock helps students develop strong instrumental skills and confidence. They have performed onstage on television and Broadway.

Now based in Canton, Mass., School of Rock began as a single school in Philadelphia in 1998. School of Rock is now an international franchise composed of 350-plus schools open and being developed across 15 markets worldwide – in Canada, Mexico, Philippines, Australia and South Africa, among others. Since 2009, School of Rock has grown from roughly 4,000 students to more than 40,000.

Send this to a friend