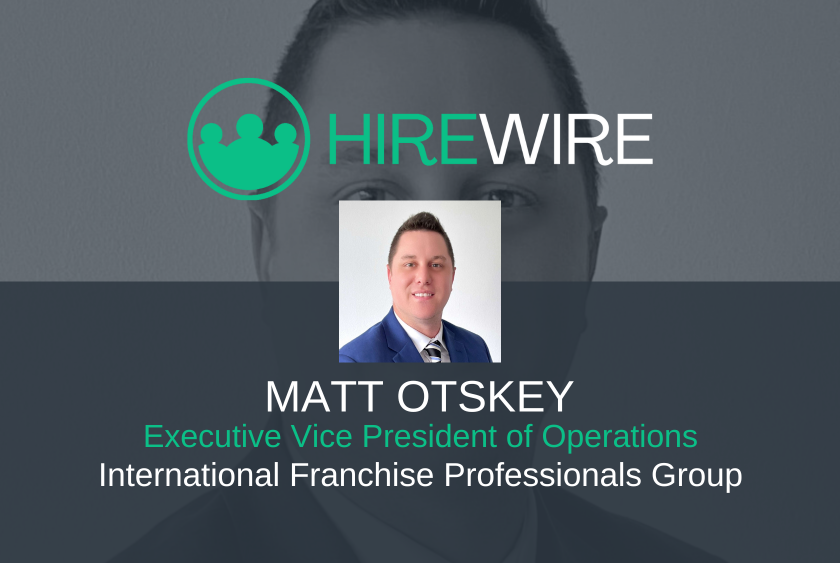 The International Franchise Professionals Group (IFPG), a leading membership-based franchise consultant network, appointed Matt Otskey as executive vice president of operations. With this new role, Otskey will oversee the daily operations of IFPG’s departments and business units. IFPG’s recent growth comes as it celebrates its milestone 10-year anniversary and was named the No. 1 franchise broker network on Entrepreneur magazine’s list of top suppliers for the fourth year in a row. As IFPG grows with funding from private equity firm Princeton Equity Group its leadership team is also expanding. IFPG recently elevated Mike Handy to vice president of business development.

Otskey brings sales and operational skills to the new role. “I am very excited to start this new chapter in my career and join one of the leaders in franchising,” Otskey said. “I look forward to applying the skills and lessons I’ve learned to create even more value for our awesome members.”

IFPG founder and CEO Don Daszkowski is happy to add Otskey to his team. “Matt has the right skills and experience to help us manage our continuing growth. We’re excited to have him on board.”

Otskey was attracted to IFPG’s position in the market and its growth trajectory. “Our ability to achieve our growth goals over the next five years will be a huge positive for the entire franchise industry.”

IFPG isn’t Otskey’s first experience in franchising. He has spent the last decade with Anywhere Real Estate – formerly Realogy – in a number of different operational and sales leadership roles for multiple franchised brands. These include managing regional vice president of franchise development for Coldwell Banker and the director of franchise operations of the Corcoran Group.

“I ended up in real estate franchising shortly after college, and I’ve had an affinity for entrepreneurship and small business ever since. The similarities between real estate agents and franchise consultants are pretty astounding,” Otskey said.

Otskey earned an MBA in marketing from Centenary University and a bachelor’s degree from Seton Hall University. He loves competition and regularly participates in New Jersey state golf events during the summer.