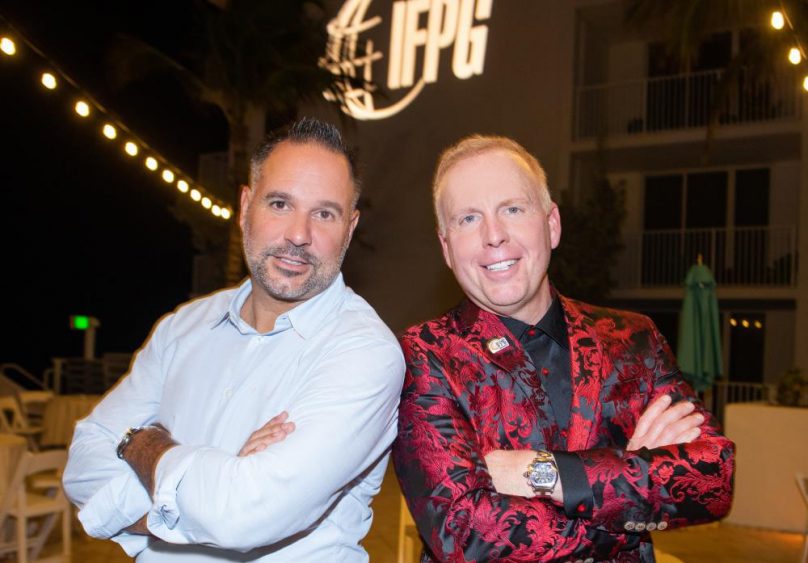 With IFPG’s rapidly growing membership base, CEO and Founder Don Daszkowski saw an opportunity to strengthen the company’s infrastructure with added support and member benefits. “This strategic partnership will give us the resources to take IFPG to the next level,” he said. Daszkowski chose Princeton for its reputation and culture. “Princeton was the obvious choice for us. They share our vision and mission to change lives for the better through franchise ownership.”

Princeton has followed the IFPG story with tremendous interest and saw incredible possibilities for the franchise broker network. “IFPG has a promising future with significant opportunities for growth. Princeton is thrilled to announce this partnership and looks forward to working with Don, Red and the entire IFPG team to continue to expand its presence within the franchise industry,” said Jim Waskovich, Princeton’s Co-founder and Managing Partner.

With more than 1,300 franchise consultant, franchisor and vendor members, IFPG has multiple accolades under its belt and has become a respected leader in the franchise broker business. Daszkowski attributes this success to the company’s membership-based structure, culture, team and commitment to continual improvement. “I have been blessed with amazing members and an awesome team. We are all passionate about changing lives through franchise ownership,” he said. “In fact, the theme for our 2021 Annual Retreat was #LifeChanger, changing lives one franchise at a time. That says it all about what we do. Our strategic partnership with Princeton will enable us to help more people realize their dreams of business ownership.”

As IFPG marks 10 years in the franchise broker business, Daszkowski says he is amazed at how much the industry has evolved. “Franchise consultants have become key players in the industry and have played a huge role in its growth. Franchisors rely on brokers/referral consultants to grow their systems with quality franchise owners,” he said. “With this strategic partnership, IFPG can continue to foster the franchise industry’s incredible growth.”

Daszkowski’s plan includes adding key leadership roles and a larger support team. Daszkowski will keep his role as CEO and Red Boswell will continue as the company’s President. “Our partnership with Princeton will further fuel IFPG’s incredible growth and help us provide even more tools, resources, and events to our members across North America and around the globe. There truly has never been a better time to be in franchising — and in IFPG,” Boswell said.

The equity investment will enhance and support IFPG’s consultant network with additional resources for its owned and supported services. “By including the best possible tools in the IFPG ecosystem, our members can better serve their candidates,” said Daszkowski. Over the years, Daszkowski has added a number of synergistic programs and companies under the broker network’s umbrella to make IFPG membership more beneficial. The IFPG team will continue to look for other strategic acquisitions to augment IFPG membership. “IFPG has become much more than a broker network. We have become an extended family with a shared goal of changing lives through franchise ownership. Our partnership with Princeton will support our mission of connecting franchise professionals around the globe,” said Daszkowski.

IFPG is highly regarded in the franchise industry for its innovation and commitment to continual improvement. IFPG’s accolades include the distinction as the No. 1 franchise broker network on Entrepreneur magazine’s list of top franchise suppliers and a top-ranked employer by Franchise Business Review. “IFPG is among the most prominent franchise consultant networks nationwide,” said Waskovich.

Princeton Equity Group is among the most experienced franchisor and multi-unit investors in the United States and exclusively invests in leading franchisor and multi-unit companies. Princeton’s leadership team has made investments in over 20 franchise brands making it particularly experienced in supporting the growth of these unique companies. “We’ve built our firm from the ground up with a singular focus on partnering with the very best businesses in our industry,” said Waskovich. “We couldn’t be more excited about the future of franchising and of course, IFPG.”

What Food Franchises Does Shaquille O’Neal Own? 46536