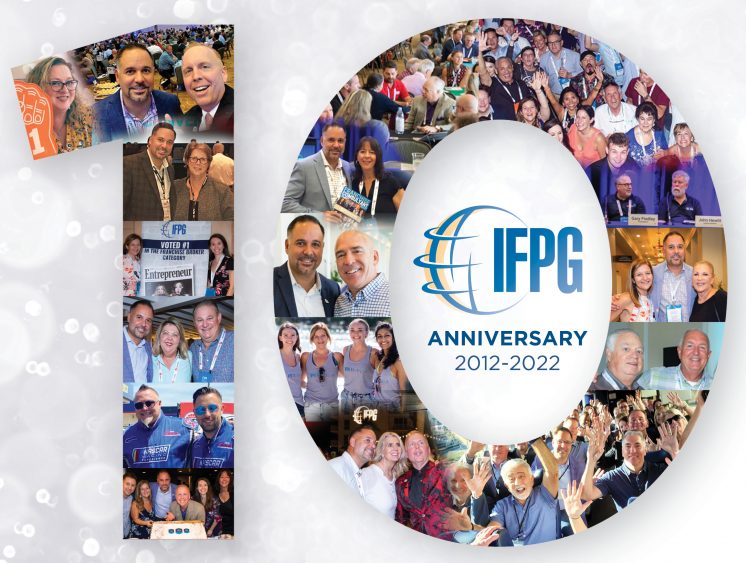 Ten years ago, entrepreneur Don Daszkowski launched the International Franchise Professionals Group (IFPG) with a vision of connecting franchise professionals. He nurtured and grew the emerging franchise broker network by continually striving for constant improvement through innovation and ethical business practices. With a commitment to integrity, IFPG has attracted like-minded franchise professionals who are passionate about helping people realize their dreams of business ownership through franchising. Although Daszkowski is thrilled about IFPG’s accomplishments these past ten years, he says he and his team are just getting started.

How IFPG Rose to the Top of the Franchise Broker Business

Under Daszkowski’s strategic leadership, IFPG has enjoyed explosive growth. For the last three years in a row, it has earned the distinction as the No. 1 franchise broker network on Entrepreneur magazine’s prestigious list of top franchise suppliers. IFPG has also been named a top employer by Franchise Business Review and is continually recognized for innovation.

Daszkowski is thrilled to receive recognition for IFPG, but he says the company’s success and accolades haven’t come by accident. They have been a result of his and his team’s hard work and vision for fair and ethical business practices.

The foundation of IFPG’s success, says Daszkowski, is the company’s membership-based structure. Instead of following the industry standard where franchise consultants pay a portion of their earnings to their franchise consulting company, IFPG Franchise Consultants keep 100 percent of their commissions. “Our structure has created a fair and level playing field for all of our members,” he says.

Daszkowski says that because of this structure, consultants have no incentive to choose one brand over another, which makes for more successful placements. “We are in the business of changing lives for the better through franchise ownership. It’s important that people are placed in a business where they can be successful. People put their whole life savings into a franchise. We take that seriously.”

IFPG’s inclusive culture and out-of-the-box events have been a lure for its members. In addition to the IFPG Annual Retreat, the franchise broker network hosts multiple Regional Discovery Mixers, giving members an opportunity to connect in person all year round.

IFPG’s regional events offer an action-packed day of education, networking, and team-building. “They are wildly popular,” says IFPG President Red Boswell. Here’s how they work: The IFPG team, along with a group of IFPG Consultants, Franchisors and Vendor members, get together in cities across the country. To make the most out of one day, IFPG hires a charter bus and brings the group on an adventure, starting with tours of franchise locations, speed networking, team building activities, socializing, and great food. “There’s nothing else out there like it,” he says. The IFPG Regional Events can include 100 IFPG members or more and have been held in cities such as Tampa, Dallas and Phoenix.

IFPG events help its members develop strong relationships, leading to more successful deals. Some of the top and most-respected franchise consultants have joined the franchise broker network in recent years. “We attract the best in the business because of what we deliver,” says Boswell. “Since our founding a decade ago, IFPG’s internal mantra has been ‘If we attract and train the very best franchise consultants, everyone else will follow,’” he says. “Thankfully, hundreds of happy, growing franchisors have proven that theory true.”

From offering out-of-the-box team-building activities like NASCAR Racing (above), to speed networking and playing Top Golf, IFPG’s events offer much more than just business as usual. “We always strive to create memorable, unique experiences. Our events bring people together and have created our fun culture,” says Boswell.

The Future of IFPG and the Franchise Broker Business

Although Daszkowski is amazed when he looks back at the company’s humble beginnings, he never takes for granted how far IFPG has come. Daszkowski attributes IFPG’s success to his team and amazing members who have been the force behind IFPG’s position as a leader in franchising. He sees a bright future for IFPG and the franchise industry at large. “More and more people are discovering franchising as an alternative to corporate America. As the franchise industry continues to boom, so will IFPG.”

Below, we hear from three dedicated IFPG members who have been with the broker network from the very beginning. They share their insights on IFPG’s incredible growth and how it has raised the bar in the franchise broker business.

“I have been with IFPG since its inception and have watched it grow from the ground up. Slowly but surely it has become a force to be reckoned with in franchise consulting. We have been able to attract the leading franchise brands and the most highly-regarded consultants in the industry. IFPG continues raising the bar to achieve and exceed excellent standards.

I first joined IFPG because of its leadership. Don wanted nothing more than to grow IFPG to be a leader in the category and attract the best of the best. He knew this would take time and was humble enough to solicit constant advice from people who have been in the industry for years… and he listened. Don has the gift of hiring the right people for the right jobs. The organization operates on a high level of integrity and expectations from the staff to the consultants and the franchisors. IFPG provides both franchise consultants and franchisors the resources and tools to enhance and grow a successful business.”

“IFPG continues to improve each year. While other franchise firms simply provide an infrastructure for brokers, IFPG goes the extra mile by continually adding new services to better serve its members. IFPG’s Annual Retreat is unmatched. Through IFPG, I have connected with top professionals who have unselfishly helped me become better at my work. IFPG’s ongoing enhancements in their overall service, support programs and website have strengthened my understanding of how to better interface with prospective investors.”

“It’s been great to see IFPG’s growth both in numbers and in industry reputation. IFPG has allowed me access to a broader variety of franchise brands and to keep 100% of my commissions. Both are improvements over other consulting groups. Don has surrounded himself with good people and is continually adding new services and educational opportunities that help everyone grow and learn… all of which have contributed to IFPG’s growing success.”