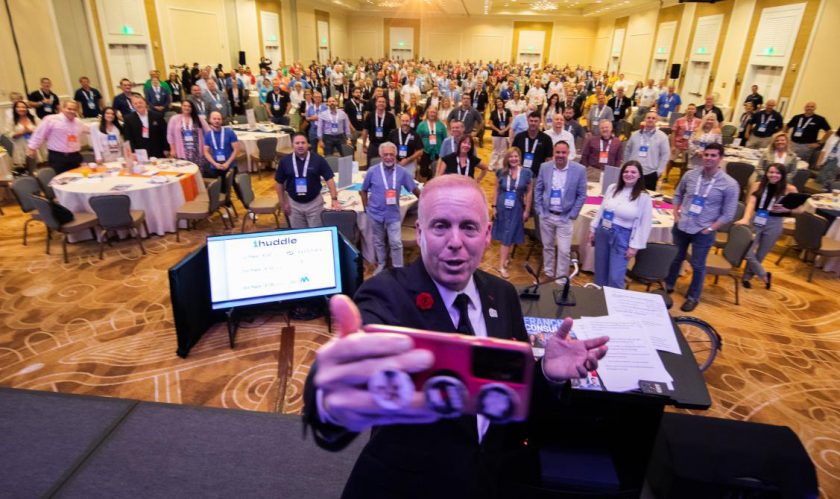 The International Franchise Professionals Group (IFPG) was voted the No. 1 franchise broker network on Entrepreneur’s 2022 Top Franchise Suppliers list. Entrepreneur’s ranking highlights the top service providers across 11 categories and recognizes the franchise industry’s most respected suppliers and vendors. This recognition marks the fourth year in a row for the franchise consulting company.

IFPG has enjoyed record growth in the past few years and now has more than 1,300 franchisors, franchise consultants and vendors in its membership. The franchise broker network is known for its innovative events, collaborative culture and ethical business practices.

This year was particularly exciting for IFPG. In addition to celebrating its 10th-anniversary milestone, IFPG also formed a strategic partnership with Princeton Equity Group, a private equity firm focused on partnering with growth franchisors and multi-unit businesses. IFPG Founder/CEO Don Daszkowski attributes the broker networks’ explosive growth to its commitment to constant improvement. “We’re always reaching for the stars. We are continually improving, innovating, and creating new ways to support IFPG members,” he said. “Our efforts have created a collaborative culture that fosters growth. Our members love being together and build lasting relationships through our events and many offerings. We’re like a large, extended family.”

When you have the best franchise consultants, you win — every time. Our relentless pursuit of franchising excellence will never end.

IFPG President Red Boswell says that the company’s success is a direct result of its people. “When you have the best franchise consultants, you win — every time. Our relentless pursuit of franchising excellence will never end,” he said. Boswell believes that IFPG’s strength comes from its members’ shared ideal to make a difference through franchise ownership. “We even celebrated our dedication to changing lives through franchising at our 2021 Annual Retreat with our #lifechanger theme. It’s truly a magical time of life-change at IFPG.”

Entrepreneur’s Top Franchise Suppliers ranking is based on an annual survey of franchisors, from emerging brands to some of the oldest in the industry. This year, a record 900-plus franchise brands participated and reported which suppliers they and their franchisees work with and rated their satisfaction with those suppliers’ services in the areas of quality, cost, and value. Each supplier receives a score based on the survey results, and the top-scoring suppliers are ranked within their respective categories.

“Entrepreneur’s Top Franchise Suppliers list underscores some of the aspects of the industry that are easy to miss, but critical to a franchise success,” said Entrepreneur Senior Vice President of Franchising Liane Caruso. “The 134 companies ranked in this year’s list help to handle critical aspects of business by providing vital services to franchisors and franchisees, such as accounting, financing, legal services, marketing, real estate assistance, and more.”

To view IFPG in the Top Franchise Suppliers list, pick up the September issue of Entrepreneur magazine on newsstands now or visit https://www.entrepreneur.com/franchises/top-franchise-suppliers.