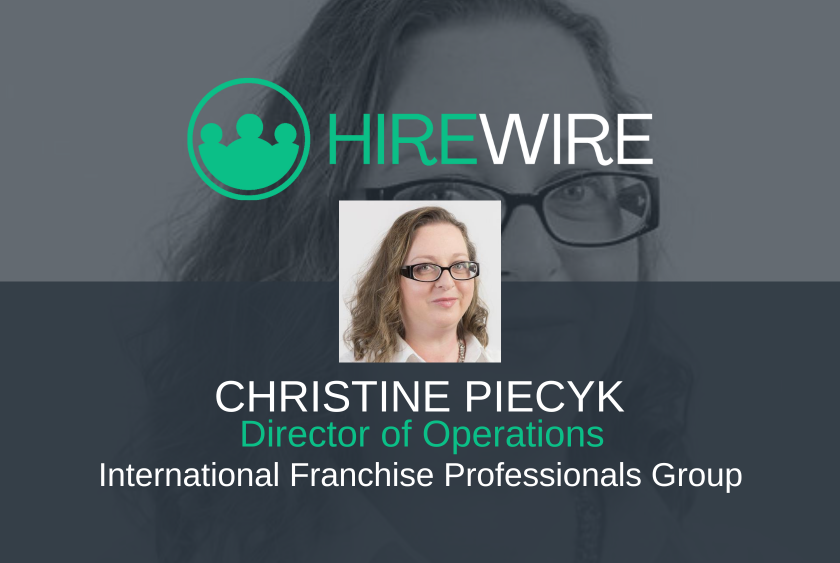 2022 has been a banner year for IFPG. In May, it formed a strategic partnership with Princeton Equity Group and was also recognized as the No. 1 franchise broker network for the fourth year in a row on Entrepreneur’s prestigious top supplier list. As IFPG celebrates its 10-year anniversary, Piecyk reflects on its amazing growth and success since she started as IFPG’s member relations coordinator in 2013.

“It’s been such an amazing experience being with IFPG since its early days and bearing witness to our growth and success. I take great pride knowing I work for a company [that] plays a critical part in entrepreneurs achieving their dreams,” Piecyk said. She looks forward to “being able to contribute on a macro level [and] working on projects that will positively impact our members.”

IFPG founder and CEO Don Daszkowski couldn’t be more thrilled to have Piecyk in this new position. “Christine has been integral to IFPG’s success. Her ability to rally our team and guide our members has been priceless. Throughout her nine-year tenure, Christine has grown, pivoted and evolved right along with IFPG.”

Piecyk believes that the company has only gotten better over time “because of the team of people who work here. Don has made very smart hires, and every one of us contributes something to the overall result.”

Piecyk credits IFPG’s competitive edge to its ability to constantly innovate, create great user experiences, and take “members’ feedback to heart when implementing a new product or service.” A great culture is her favorite aspect of IFPG. “Our team is like a family. We genuinely care about each other and the jobs we do every day.”

Piecyk has more than two decades of experience in business analysis and customer support positions. She previously worked with PwC, New York Blood Center, and Columbia Presbyterian Medical Center. Her project management skills, dedication to customer satisfaction, and expertise in developing business processes and best practices have driven her career.