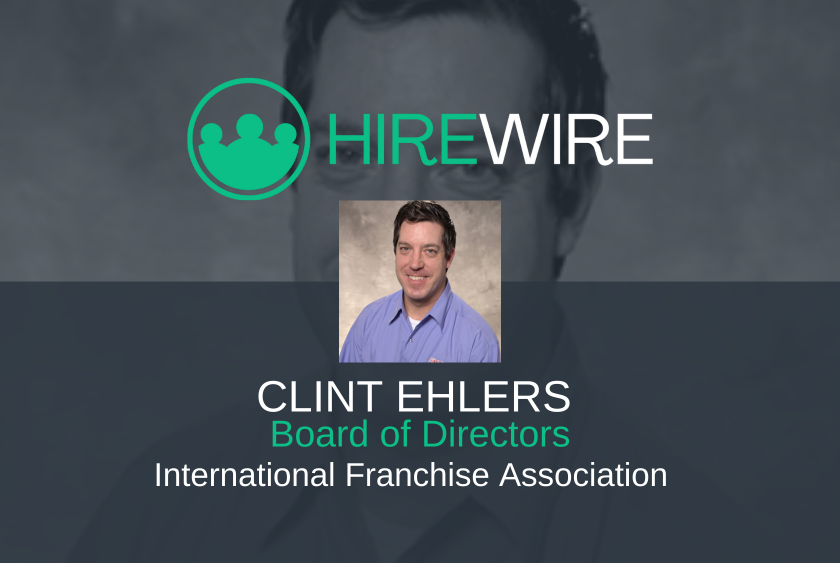 Clint Ehlers, the owner of two FASTSIGNS franchises in Pennsylvania, has been elected to the International Franchise Association (IFA) Board of Directors. Ehlers, whose FASTSIGNS franchises are located in Willow Grove and Cherry Grove, Pa., is one of 10 new directors. By design, franchisors and franchisees connected to many types of businesses serve on the board. The new board members will serve for initial three-year terms starting Feb. 1.

In 2020, the IFA Board of Directors voted to expand its size to ensure diversity in industries represented on the board, in opinions and approaches, and board members’ backgrounds. Franchisee, franchisor and supplier members comprise the board, which is vital for critical guidance relating to the organization’s top initiatives.

Franchisee wanted “voice at the table”

“The best protection I can offer my businesses is to have a voice at the table regarding policies affecting how I operate,” Ehlers said in a statement released by the IFA. “Most people forget that Congress works for us, and they need to hear what is important to us, both at the state and federal level. A thriving business community is beneficial to all.” He added that without efforts of the full spectrum of people involved in franchising and the IFA, “our industry would be merely a shell of its successful self.”

As a member of the IFA’s Franchisee Forum for five years, Ehlers has worked to establish a larger franchisee voice within the association. This year, Ehlers has been serving on the Convention Committee and as a result, more convention programs are geared toward franchisees.

His franchising advocacy efforts started in California when he owned FASTSIGNS of Culver City and have continued since he relocated to Pennsylvania. Ehlers has testified at legislative hearings at the state capital in Harrisburg, Pa., and also has testified before the House Committee on Labor in Washington, D.C., on joint employer issues.

IFA President and CEO Matt Haller said he is pleased by the “new and diverse perspectives” that the new directors offer to his organization. “Companies and their franchisees in the restaurant, hospitality, retail and service sectors increasingly rely upon IFA to protect, enhance and promote the franchise business model, which is the foundation of their business. The IFA Board plays an integral role in the success of our organization and serves as a voice for the franchising community.”

Charlie Chase, incoming chairman of the IFA Board of Directors and president and CEO of FirstService Brands Inc., welcomed the new slate of franchise professionals to the board, saying, “IFA’s volunteer leaders play a critical role in carrying out IFA’s mission, and I am confident this new group represents the next generation of leaders our industry needs.”