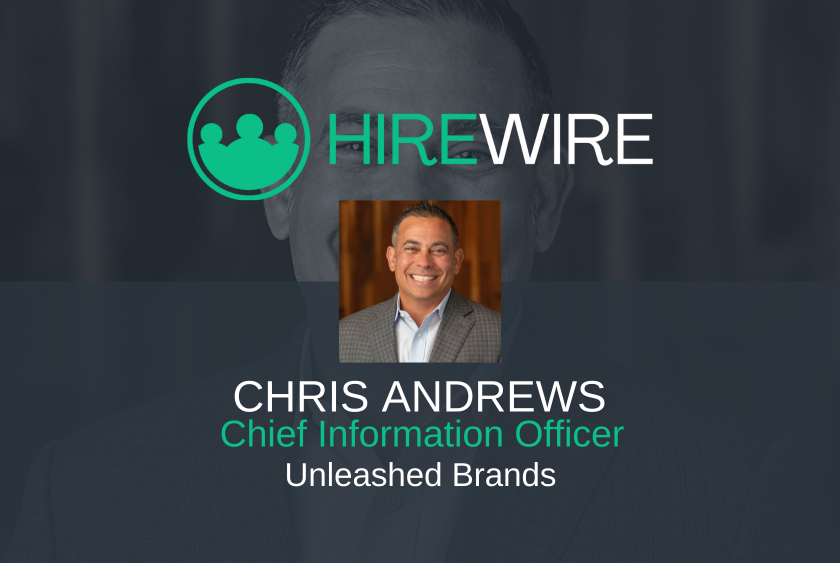 Chris Andrews has been named the first-ever CIO of Unleashed Brands. The umbrella franchisor’s portfolio of youth-focused brands includes The Little Gym, Snapology, Class 101, XP League, and Premier Martial Arts. Andrews’ CIO position was created as a result of Unleashed’s recent growth. With this role, Andrews will assist the leadership team in directing the future of the corporation’s technology infrastructure. He will work closely with the company’s chief growth officer, vice president of revenue strategy and analytics and the chief marketing officer.

Andrews has spent his career focusing on building information technology (IT) teams. He thrives in a team environment and is excited about “the impact Unleashed can have on a family with a ‘one-stop-shop’ portal for kids’ developmental needs.”

Michael Browning, founder and CEO of Unleashed Brands said, “This new hire highlights the need for a larger executive team to support our growing platform and franchisees. Chris brings experience and knowledge of the information technology landscape, coupled with tremendous leadership and entrepreneurial drive.” Andrews’ leadership “will be instrumental in the company’s continued success, and we are thrilled to have him on board,” Browning said.

Andrews believes that Unleashed Brands will positively impact the future of the franchise industry. “Giving owners an opportunity to participate in several synergistic brands not only makes them money but has a positive impact on their community. This will create a new bar for franchising. Unified systems with streamlined support that can develop a child from birth to college is amazing,” he said.

Andrews got his start in the franchise industry by working as On the Border’s vice president of IT in 2010. Andrews built out the franchise’s IT team, oversaw computers and servers company-wide, and more. “I tiptoed into franchising at On The Border but jumped in the deep end with Smoothie King as 95% of the 1300+ locations are franchised,” Andrews said.

He served as Smoothie King’s CIO for the last several years and has held similar positions at Pei Wei Asian Diner. Andrews’ career started with his family’s IT outsourcing company. He then moved into consulting and worked with a variety of technological solutions. His experience also includes data warehouse design, security penetration testing, and IT governance reviews.

His favorite part of the franchise industry is playing a part in helping people achieve their business goals. For those who are looking to make it in the industry, Andrews advises a mindset change. “Get an owner’s mindset when thinking about getting into the franchising industry. It will change your perspective on everything that impacts your community. That level of stewardship is what drives long-term success,” Andrews said.