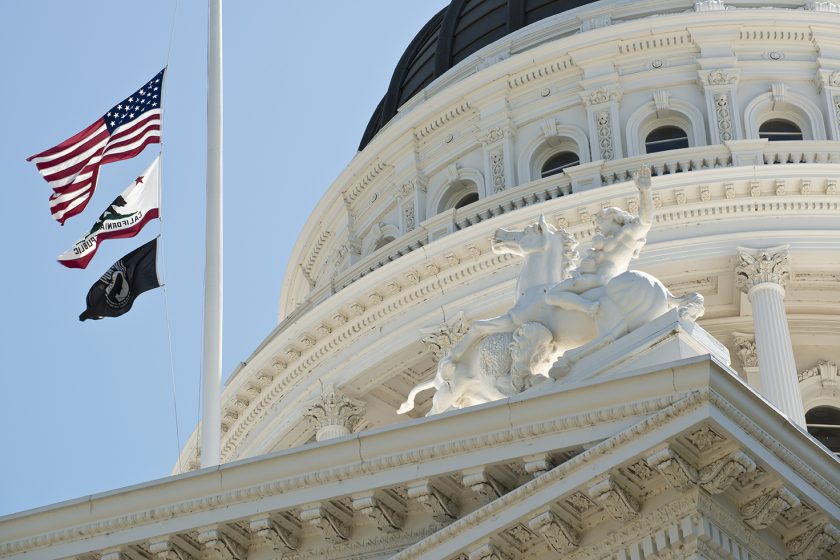 The International Franchise Association (IFA), National Restaurant Association and U.S. Chamber of Commerce have worked together to put the brakes on California’s FAST Act. Among other things, the law would implement minimum wages for the state’s fast-food workers starting in 2023.

“The FAST Act is one of the single most damaging pieces of legislation for local restaurants and California consumers,” said Matthew Haller, president and CEO of the International Franchise Association. “Since the introduction of the FAST Act, the International Franchise Association has been at forefront of the fight to protect local restaurant owners from being unfairly targeted by this flawed legislation and California consumers from facing skyrocketing food prices at the worst possible time. The state’s own data shows this bill isn’t necessary and that the quick-service industry is being singled out by special interests. IFA will not stop fighting to ensure other states won’t suffer from the harm that California has started.”

On Monday, a coalition that includes the three business groups, called Save Local Restaurants, said it had filed more than 1 million petition signatures to halt the law and let California voters determine its fate in 2024 voting. Gov. Gavin Newsom in early September signed the bill into law, which was scheduled to take effect on Jan. 1, 2023. Officials from The Save Local Restaurants coalition said, “Given less than one-third of Californians support AB 257, it is no surprise that over one million Californians have voiced their concerns with the legislation. The Save Local Restaurants Coalition is committed to helping ensure this bad law will not go into effect and voters have their voices heard.”

The coalition had a Dec. 5 deadline for collecting and submitting the signatures of some 623,000 registered voters to force the FAST Act to a statewide referendum, The Wall Street Journal reported. Secretary of State Shirley Weber will assess the signatures to be sure enough are valid to put the FAST Act on the ballot in 2024. If Golden State voters give it a thumbs down, it could be scrapped.

What the FAST Act Does

As passed, the FAST Act creates a 10-member council made up of appointed worker and union representatives, employers and state officials; the council is tasked with setting fast-food workers’ minimum wages based on inflation and making rules for work schedules. The council is authorized to raise the minimum hourly pay at fast-food restaurants, nearly all of them franchises, to as much as $22 an hour next year. The law applies to quick-service establishments with more than 100 United States sites.

California’s current minimum wage is $15 an hour and is scheduled to increase by 50 cents next year even if the FAST Act is at least temporarily stymied. The fast-food industry employs about 500,000 Californians.

Franchisees and other fast-food restaurant operators oppose the FAST Act because it is expected to dramatically hike labor costs. Many have gone on record saying they would have to increase menu prices and reduce staffing to counteract the pay raises; others fear they would simply have to shut down.

National Restaurant Association President and CEO Michelle Korsmo said her organization “is committed to bringing this legislative action to the voters in California because we think voters need to have a say when laws like the FAST Act would fracture the restaurant industry and harm the people who make restaurant businesses great. Californians agree with us and it’s clear they want a chance to stop this law.” The restaurant association asserts that the FAST Act also will harm independent restaurants because they will have to increase their workers’ pay to stay competitive when recruiting and retaining workers.

Glenn Spencer, senior vice president for employment policy at the U.S. Chamber of Commerce, said the FAST Act “will stifle job growth and increase quick service prices an estimated 20 percent at a time when families are facing record-high inflation. Even worse, labor organizations supporting the FAST Act have made it clear they don’t intend to stop with California or quick service restaurants but will seek to impose a regulatory regime where government-created boards control how small businesses around the country operate. We know that cannot and will not ever work for American businesses, their employees, and their customers.”

The Service Employees International Union, a key supporter of the FAST Act, has acknowledged that fast-food workers have had a tough time to become unionized. These workers need protections “and a seat at the table,” SEIU President Mary Kay Henry told The Wall Street Journal.

Business leaders, and particularly restaurant owners, have feared that the FAST Act will be cloned by other states. Labor councils similar to the one created under the FAST Act have being proposed in Washington, Oregon, New York and Michigan, along with cities such as Minneapolis and Chicago, The Journal reported.

Franchises Give Millions to War Chest

David Beshay, a California-based franchisee who owns 260 restaurants, including Jack-in-the Box and Denny’s units, is skeptical that California voters will vote down the FAST Act, according to The Journal. “I’m not as optimistic about being able to shoot this down,” Beshay said last month at an industry gathering.