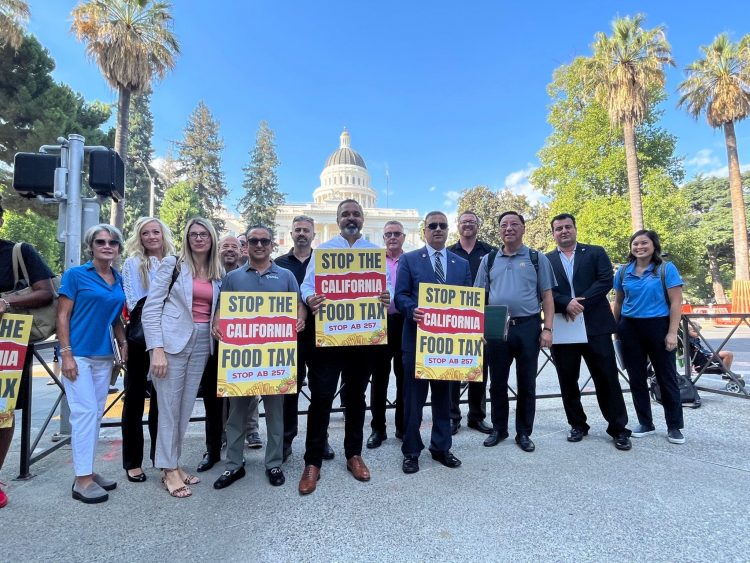 If Passed, California’s Assembly Bill 257 Would Create a Council Empowered to Alter Workers’ Pay and Schedules

California’s Assembly Bill 257 or the FAST Recovery Act is on the home stretch of passing, and fast-food restaurant owners, many of them franchisees, warn that menu prices will jump if it becomes law. The proposal calls for establishing a council composed of quick-service restaurant employees, franchisees and corporate brands, as well as government workplace regulators.

The 13-member council could modify pay, the scheduling of workers, and safety regulations every six months, if given approval by the legislature and certain regulatory agencies. The approving government bodies also could alter the council’s proposed changes.

The takeaway is that fast-food workers would be granted a big say in setting their own pay and schedules. (FAST Act provisions cover only fast-food restaurant employees.)

As part of their efforts to defeat the bill, about 100 franchisees converged on the capitol in Sacramento to try to get state senators to vote it down, according to a restaurantbusinessonline.com report. In making their case, the franchisees pointed to International Franchise Association (IFA) research that predicted a 20% jump in food prices if the California Senate passes the FAST Act. State Assembly members have already approved it.

IFA CEO Matt Haller has said the FAST Act would undermine the franchise business model as well as change the status of franchisees from being independent business owners to being middle-manager employees of the corporate franchisor.

The California Chamber of Commerce and the state restaurant association have lobbied strongly against the FAST Act, according to calmatters.org. Like the IFA, they also contend that the bill would upend the franchise business model and ultimately raise costs for franchise owners and consumers.   The U.S. Chamber of Commerce also opposes the bill, which has been voted down three times previously.

Franchisors’ key opposition to the bill is that it would classify them as joint employers of workers in franchisee-owned fast-food restaurants in California. The franchisors are concerned that employees wanting a bigger payday from lawsuits over violation of state employment laws would file against them as well as franchisees.

Corporate brands own and operate a minority of fast-food restaurants, with franchisees directly managing their employees. But if a corporate franchisor is sued, the brand would be held liable, which poses a financial risk for the franchisor, U.S. Chamber of Commerce executive Sean P. Redmond told Bloomberg. “You kind of have to wonder what their reaction is going to be,” said Redmond, who speculated that fast-food chains might scale back or stop opening new stores in California if the bill passes the state’s senate.

In an opposition push, fast-food workers – supported by the Service Employees International Union – convened in Sacramento to sway senators to vote for the bill. They take the stance that the FAST Act would shield them from employer abuse, including wage theft.

Assembly Bill 257 must be voted on by Aug. 31, or it will die. There is no consensus on how state senators will vote, according to the restaurantbusinessonline.com report. California Gov. Gavin Newsom has not revealed his position, but the state’s Department of Finance has expressed opposition on grounds it would create “ongoing costs” and worsen delays in the state’s labor enforcement system.