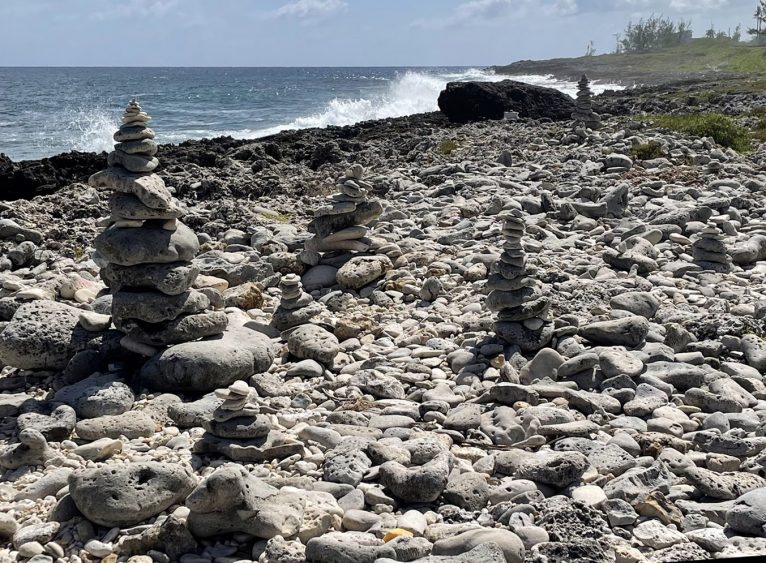 Frustrated with “Working for the Man,” Americans are Taking a New Direction With Franchise Business Ownership

During vacation this summer, my family and I stopped at a designated tourist spot noted for blowholes. When we arrived, I was drawn not to the blowholes but to cairns that were seemingly everywhere. According to yourdictionary.com, cairns (pronounced /kerns/) is a pile of stones heaped up as a landmark to guide travelers. When I began my second business venture two years ago, I used two images for my branding. A compass and cairns to complement the slogan, “leading you in a new direction.”

Starting a business in the height of a pandemic is no easy feat, but I could feel that there was a reset within myself and all around me, and sure enough, the Great Resignation took place, and now quiet quitting is trending. People don’t want to work 60-70 hours a week for someone else. The Hustle Culture is dying — at least when it comes to working for someone else.

The Great Resignation led nearly 43 million people to leave their jobs in 2021. The pandemic lit a fire under something brewing in corporate America and accelerated it. The mantra that the younger generation is supposed to do better than their parents is losing water. Home values have skyrocketed, inflation is at a forty-year high, college debt is insurmountable, and wages cannot keep up in many industries.

What Started the Hustle Culture?

Decades ago, when manufacturing in the U.S. began to move overseas, parents sent their kids to college with the hope that they would land a job in the corporate world. Promises of upward mobility, free quality health care, retirement plans, and paid vacation were all shiny enticements. A gold watch or plaque was given to commemorate 30-40 years of loyalty, and retirees happily went off into their golden years. That all began to change as more companies became public and were obligated to the stock market, shareholders, or private equity firms.

Benefits were shrunk down and went from being part of your salary to a costly sum removed from each paycheck. Staffing was reduced as layoffs became the answer for many to show that their profit line had improved. Those layoffs meant workers had to double or triple their workload. Human resources had stacks of resumes by the hundreds, so if you were unwilling to do it, someone else would. That extra work would provide a promotion in title only, and you would be told once again that your annual raise was the maximum of 3%, but your healthcare costs blossomed to 7%. But you were grateful to have a job. The U.S. Bureau of Labor Statistics reports that the average job tenure is hovering around four years. Is it any wonder?

Millennials have not adopted the “work over everything else” mindset that has pervaded corporate America, and remote work has allowed many to realize that there is more to life than just working. Millennials and Gen Z are among the most entrepreneurial generations. They are starting businesses online, launching their own brands, and taking charge of their destinies. They may be hustling, but they are doing it on their own terms. They don’t want to “work for the man” as their parents did.

According to a 2022 Small Business Trends study by Guidant Financial, “entrepreneurs in the U.S. tend to be between the ages of 25 and 44 and are often motivated by a desire to pursue their passions, exit corporate America, and take advantage of new opportunities.” There are so many opportunities in franchising where you can find rewarding work. According to the International Franchise Association’s 2022 Franchising Economic Outlook, franchising is on a growth trajectory despite the pandemic. Sure, franchise owners need to hustle — especially in the first year of business — but they do it for themselves. Franchising offers a better alternative to “working for the man.”

The Hustle Culture only works when you are hustling for yourself.

I work with hopeful business owners across the country to help them find the freedom that they seek. As we grow to know and trust each other, it becomes imperative to find their “why.” Financial freedom or workplace independence are often pain points plaguing them. They no longer want to “work for the man.” They are tired of helping grow a business that is not theirs, or they are simply burnt out. Accepting a counteroffer once you have handed in a resignation is never advisable. The reason is simple. It was never about the money. The extra money is nice, but there are many other burrs on your side by that point and no remedy to remove them. The Hustle Culture only works when you are hustling for yourself.

One thing is clear. People want control of their own destinies. They are tired of adding rocks to a cairn that only benefits others and want to do it for themselves.

“Go confidently in the direction of your dreams! Live the life you’ve imagined.” ~Henry David Thoreau