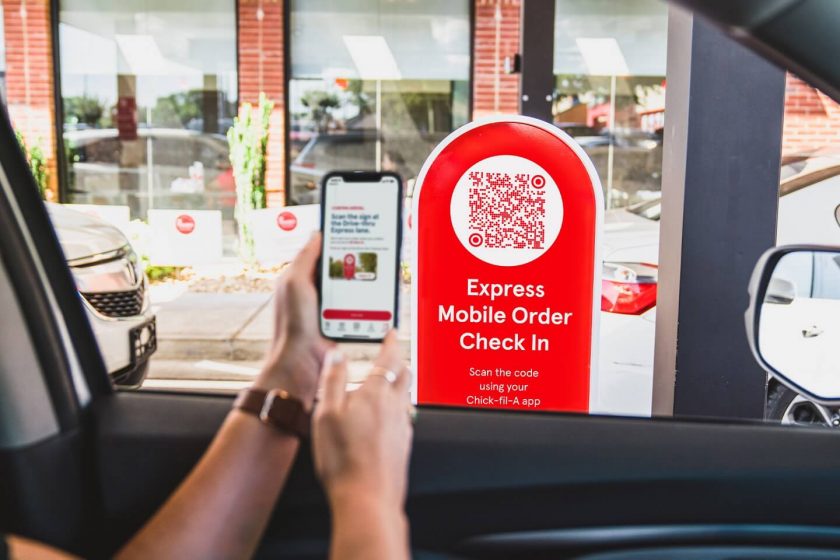 As we kick off 2023, fast-food franchises look much different than they did before the pandemic. New restaurant trends and innovations have come at a furious pace since March 2020. One big switch: Restaurants have 16% fewer on-site diners today than before the syllables Covid-19 were ever uttered, according to National Restaurant Association statistics.

Drive-through picked up much of the slack, with a 13% increase – that’s no surprise to those of us who have queued up at one of Chick-fil-A’s multi-lane drive-throughs. And delivery was up more than 5%. Perhaps surprisingly, carry-out has dropped by 3%.

National Restaurant Association economist Hudson Riehle told The Washington Post that 39% of all restaurant customers hit the drive-through. “Many restaurants function differently than they did three years ago, with a greater reliance on technology integration and on the off-premises market,” Riehle said.

The newspaper also quoted Technomic analyst David Henkes, who said restaurants tend to fall into two camps: those serving people in a hurry and those supplying table service, ambience and/or even entertainment. “The dine-in business is going to be radically smaller than it was, with much more focus on takeout orders, a huge shift in the basis of competition to be all about technology and convenience,” Henkes said.

Fast-food franchises clearly agree, and going forward in 2023, they will continually streamline processes – often leaning on technology – to cater to the hungry-and-hurried. A McDonald’s franchisee is tested a no-human-facing restaurant concept in Texas with kiosk/app ordering and a conveyer belt delivery system – no dine-in option whatsoever. The small-footprint franchise is speedy and slims labor costs amid a shortage of workers and rising wages.

By way of another example, Henkes mentioned Taco Bell’s Defy, is a new store model with four drive-through lanes and a second-floor kitchen. There are lanes dedicated to delivery drivers and app orders; a couple of minutes after receiving an order, the food travels down a tube to waiting vehicles. As with the McDonald’s franchisee’s experimental restaurant, the Taco Bell Defy has no dining room.

But the creation of a food-delivery app – with vast complexity due to customizing meal choices, coordinating pickup times with food prep, and notifying customers – costs tens of thousands of dollars, an unaffordable perk for many mom-and-pop operations. This gives franchises an edge: The franchisor can spread the development cost among franchisee- and corporate-owned restaurants.

If 2023 brings a recession, fast-food franchises may have a further advantage: Budgeting consumers will probably veer toward cheaper fare. Some, of course, are just cooking at home and brown-bagging; Rabobank research indicates restaurant transactions fell nearly 7% in the third quarter of 2022 as menu prices rose with inflation.

Other Restaurant Trends and Innovations

Supported by digital pivots and automation, franchises are well-positioned to weather economic downturns and future Covid spikes (with cases in China soaring, epidemiologists predict another global surge). Which brings us back to earlier pandemic-driven changes that have persisted.

Even without digital ordering, delivery options expanded as restaurant owners battled to stay afloat and consumers wanted a change from home-cooked meals. Fast-food purveyors saw opportunity in the delivery space, too. Chick-fil-A, McDonald’s, Burger King, KFC and the previously mentioned Taco Bell restaurants, among others, know how to bring it on!

But the picture isn’t 100% rosy for franchisees. Restaurants, whether fast-food or traditional, took a hit this past autumn, Henkes told The Post. An underlying softness developed during the fall, he said, because “inflation coupled with a high level of uncertainty has begun putting a damper in restaurant traffic.”

So perhaps restaurants will experience even more new trends and innovations. Faced with rising prices for food and other supplies several months ago, many fast-food brands scaled back their value menus. But sensitive to consumer buying habits, they haven’t abandoned them. And Sonic Drive-In has rolled out new two-for-$5 deals in television commercials. You can order them online, of course.