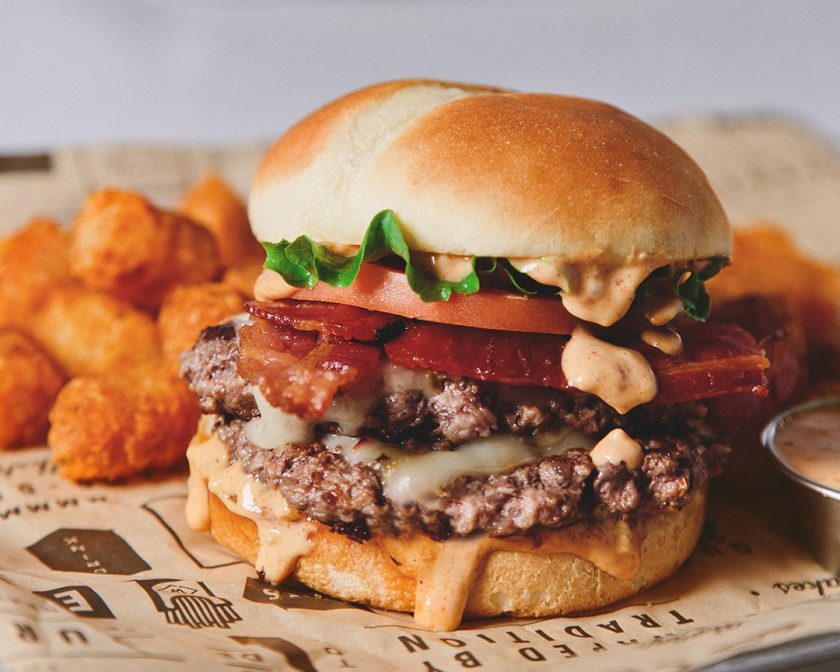 Hamburgers Are Among the Most Popular Fast Foods, But Do Burger Franchises Make a Good Investment?

They’re meaty. They’re juicy. You can get them cheap and on the go. They are the centerpiece at family barbeques and a staple at ballgames. Burgers are an essential part of American culture and have shaped fast-food franchising. But is a burger franchise for you?

Even though burgers are a popular and fun food, owning a burger franchise can have its share of challenges. Here, we explore what it takes to own a burger business and look at the best burger franchises. But to give you an idea of what’s really between the buns, we start with a bit of history.

History of the Hamburger

The history of the hamburger is somewhat unclear. But legend has it that the hamburger “patty” can be traced back to Medieval Times when the Tartars (a band of Mongolian and Turkish warriors) placed meat under their saddles. The meat was tenderized during battle and then eaten raw. The ancestor of the hamburger came to the U.S. in the 19th century from Germany called Hamburg meat, which was brought to Germany from Russia in the 14th century.

There are several theories about what happened to the hamburger after it arrived in the U.S from Germany. A chief claim is that Wisconsin is the home of the hamburger and was created by Charles Nagreen in 1885. Nagreen, at the age of 15, started a meatball business at a county fair, but it flopped because customers found meatballs hard to eat while strolling around. He then flattened the meatballs, stuck them between a couple of slices of bread, and named it a “hamburger.” Americans have been in love with burgers ever since.

The Benefits of Owning a Burger Franchise

The Downsides of Owning a Burger Franchise

When people think of burger franchises, McDonald’s and its iconic golden arches come to mind. With over 36,000 restaurants in more than 100 countries, McDonald’s is one of the most successful brands of all time and has set the tone for all fast-food franchises today.

Founded in 1991, Wayback Burger (top photo), previously known as Jake’s Wayback Burgers, is known for serving classic burgers while doing good for the community with charitable donations. Going “way back” with nostalgia is at the heart of the 50s themed restaurant. The company says it is committed to franchisee success.

With a focus on fun, MOOYAH has something for everyone. Menu items include Angus beef burgers as well as turkey burgers and vegan black bean burgers. The company’s “lifestyle” menu helps customers find the right burger for their diet, whether it’s paleo, keto, low calorie, or gluten-free. Although it’s a newer brand, the company says its leadership team has 150 years of combined restaurant experience and is committed to franchisee success.

Founded in 1954, Burger King is the second-largest burger chain in the world. More than 11 million people visit Burger King on a daily basis. It is known for its trademark burger, the Whopper. The King mascot is also iconic and can be seen in all advertisements for the brand. According to the company’s website, the franchise opportunity requires a total investment of anywhere between $316,100 and $2,660,600 with a required 500,000 in liquid capital.

Founded by Lovie Yancey in 1952, Fatburger offers burger patties of all sizes from small to large and includes add-ons like cheese and eggs. It is known for playing old-time music and having a classic and authentic diner atmosphere. The company is looking for both single-unit and multi-unit owners.

Founded in 2011, Burgerfi is known for having burgers that are made of 100% natural Angus with no steroids, antibiotics, growth hormones, chemicals, or additives. It is a fast-growing brand that recently won #1 Brand of the Year for 2021 from the Fast Casual Top 100 Movers and Shakers. The brand has 120 franchised and corporate-owned restaurants. Its mission is to “RedeFine” the way the world eats burgers and enrich lives through the best burger experience. The company is looking for experienced single-unit and multi-unit franchise owners.

Founded in 1986, Cheeburger Cheeburger is a 1950s style burger shop that has the motto “bigger is better.” Their giant burgers are made of 100% Angus beef. The company doesn’t consider itself fast food and says it takes more time to cook the food in comparison to other fast-food restaurants. The franchise opportunity promises high-grossing stores with low overhead.

Founded in 2007, Smashburger is known for its fresh, never-frozen quality burgers. Based on market research, it likes to open in high-traffic areas like airports and college campuses. The company has continued its growth, with over 340 locations in 38 states and 9 countries. The burger franchise is looking for investors who are engaged and hands-on, or “partners to help us excite and delight every guest.”

Founded in 2002, Freddy’s is known for its steakburgers and custards. Additionally, its menu includes Vienna Beef hot dogs and chicken sandwiches. This fast-growing franchise was named one of America’s Top Franchises by Forbes in 2018 and 2019. According to the company’s website, almost one-third of existing franchise owners purchased additional territory.

Founded in 2002, Elevation Burger is the world’s first and largest organic burger franchise. It offers hamburgers made with grass-fed organic beef, french fries cooked in olive oil, and cage-free chicken. Additionally, its restaurants use energy-efficient equipment and recycled and recyclable materials. Its restaurants are typically Leadership in Energy and Environmental Design (LEED) certified.

Is a Burger Franchise for You?

With a proven business model and dedicated following, the best burger franchises offer an in-demand and fun business… but they are not for everyone.  If you’re wondering if a burger franchise is for you, reach out to a franchise consultant who can help you weigh the pros and cons, as well as identify a brand that is a good fit for your interests and investment level.