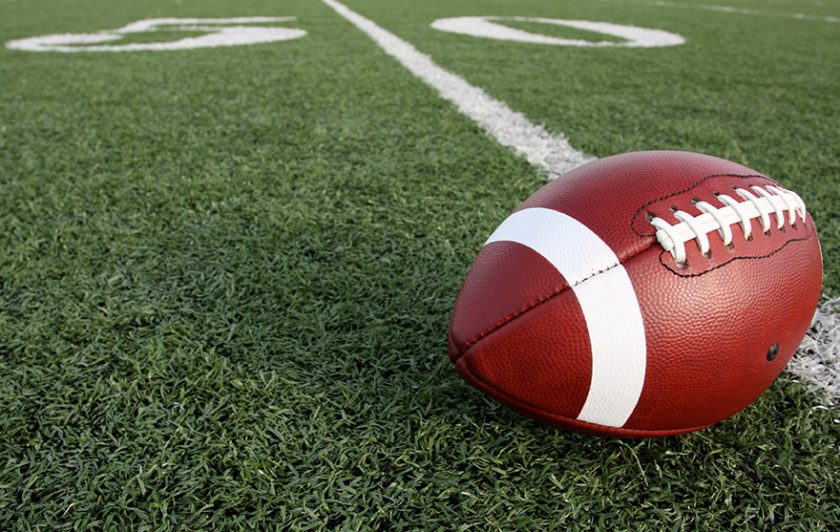 Most franchise brands punt, but Planet Fitness and Taco Bell are in it to win it

Super Bowl Sunday is all about the game, munchies, halftime show and, of course, clever Super Bowl ads that will debut. NBC has sold all available slots for Super Bowl 2022 commercials, and it looks as if only two franchises will participate: Planet Fitness and Taco Bell.

In the 30-second spot for Planet Fitness, Lindsay Lohan, child star and for-all-the-wrong-reasons media headliner, credits the gym franchise with turning her life around. The voiceover says she has gone from DUI to DIY, and Lohan struts through the gym looking fit and healthy and not at all resembling the young woman in police department mug shots of years past. Lohan’s supporting cast is pretty cool, too – William Shatner and Dennis Rodman are among the celebs sharing screen time.

In the 30-second spot for Planet Fitness, actress Lindsay Lohan credits the gym franchise with turning her life around.

Taco Bell, owned by umbrella franchisor Yum! Brands, will run a 30-second ad late in the game, according to advertising industry publications. Considering that Taco Bell celebrates its 60th anniversary this year, that fact may well merit a mention in the ad. The new commercial will mark Taco Bell’s first Super Bowl ad since 2017.

The franchises join a number of other gender-neutral companies that have 2022 Super Bowl ads, such as tech titans Google and Expedia, avocados and big-box discount store Sam’s Club. But you can also count on a blitz of testosterone-leaning commercials: sports betting, cars and accessories, manly beverages (and salty snacks as accompaniments) and deodorant soap. Ads tailored to women aren’t shut out, however: Hologic Inc., a company that aims to upgrade women’s health, has a half-minute 2022 Super Bowl ad booked, according to Ad Age.

Who cares about 2022 Super Bowl commercials?

Why all the hubbub about the game’s commercials? Because agencies and advertisers consistently try to break new ground and be extra-memorable with their Super Bowl ads. And football fans aren’t the only folks who’re interested. Many people who care zip about football (yes, some people think “quarterback” is pocket change after a cash purchase) or aren’t invested in either of the participating NFL teams – the Rams and Bengals, in case you missed the matchup – will still pay attention to the 2022 Super Bowl commercials.

Part of that arises from the media craze. News reports will carry video snippets leading up to and for a short time after Super Sunday, and ad pundits will weigh in on the best and worst of these commercials. Reviews will probably snag as much ink and electrons as the Oscar race does for movies. The commercials will be hot social media chatter and are sure to be a topic at the water cooler on Monday morning, too.

The takeaway: People will feel isolated – have that fear of missing out/FOMO experience – if they don’t check out the 2022 Super Bowl commercials.

Why franchises sit on the sidelines

And yet many franchises are bench warmers for what seems to be a win-win advertising opportunity: tens of millions of eyeballs on millions of screens. What’s up with that?

Expense is a big factor, of course. A half-minute 2022 Super Bowl ad costs $5.8 to $7 million. That could definitely be why franchises who publicized their brands via Super Bowl ads in the past – Burger King, Jimmy John’s and Little Caesars Pizza – haven’t gotten into the game.

Papa John’s, which ended its NFL sponsorship deal in 2018, perhaps surprisingly never ran Super Bowl ads. When asked about passing on that marketing tactic, the brand went on record as saying it instead preferred to offer stellar deals for its customers, such as pizza giveaways on game day and for a few days leading up to Super Bowl Sunday. The pizza franchise made that decision despite having the perfect pitchman in Peyton Manning, a star quarterback for two NFL teams who was also a franchisee.

The game plan for franchise advertising

Another rationale for opting out is that franchise brands typically roll out less-expensive marketing programs that run throughout the year, giving their franchisees valuable exposure in a long game rather than buying into a short-term game plan. These marketing programs usually appear across multiple platforms like social media, websites, print and radio, as well as television.

And it’s also possible that the difficulty of creating a TV commercial came into play. The Wall Street Journal reported that advertisers faced off against a bevy of Covid-19 pandemic-related obstacles to produce their 2022 Super Bowl ads. Avocados From Mexico was all set to shoot its ad in Cape Town, South Africa, when the Omicron variant struck and caused delays. In New York and Los Angeles, production crews and actors booked to do 2022 Super Bowl ads fell ill. Another challenge for advertisers, The Journal report stated, has been coming up with messaging that sets the right tone amid a national mood that’s somber because of the pandemic.

The bottom line for some is that for some, Super Bowl 2022 is only a game. But for others, including advertisers, what a game it is!